Caffeine forms the basis of all great pre workout supplements. Not only does it turn up the energy dial to maximum, it also fully charges strength, power, stamina and even fat loss as well.

In this article we tell you all you need to know about the best pre workout with caffeine.

Focused and ready. You approach the bar, chalk covering the floor. It’s a big weight. But you’re dialed in and fueled with energy and drive. You grip the bar. Pause. One deep breath and lift.

F*ck you deadlift. Another win. It’s another PR.

Great workouts are built on a solid base of mental focus, energy and attitude.

Unfortunately it’s hard to achieve those every session.

But with a fully charged pre workout you’ll always be right there, breaking records and making the gym your b*tich.

And you’ll hit those big lifts time and time again.

Caffeine: A must-have supplement for the serious lifter 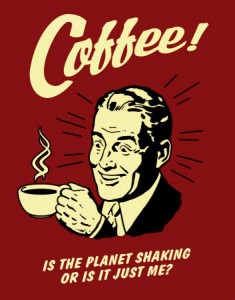 Caffeine is a naturally-occuring alkaloid that you find in coffee, tea leaves, cocoa and various other foods and drinks.

It’s a central nervous stimulant meaning once absorbed, it inhibits your adenosine receptors. These are the parts of the nervous system that when activated help you to relax and fill you with a chilled calm.

They are dominant during sleep and switch off when you need to be more alert and wakeful.

Remember that time you thought your girlfriend was out and she nearly caught you watching ‘Serious Juggs’?

Remember how you jumped up with lightening speed, threw the DVD back in your ‘special’ drawer and then tried to act natural with your pants around your ankles?

That was because your adenosine receptors switched off in microseconds and let your body trigger its ‘fight or flight’ effect.

What happened to your body?

Bro Fact #32: In order to divert blood and neural stimulation to your muscles, it has to slow down in less important areas such as your bowels. This is why some people sh*t themselves when they get scared.

Caffeine literally attaches itself to these receptors in a strong, like a bear hug from wrestler Big John Studd. Adenosine just can’t get a look in.

And when you apply these effects to physical performance you get a huge benefit.

It’s more than just a stimulant to get you up in the morning or make exam revision just that little bit more bearable. 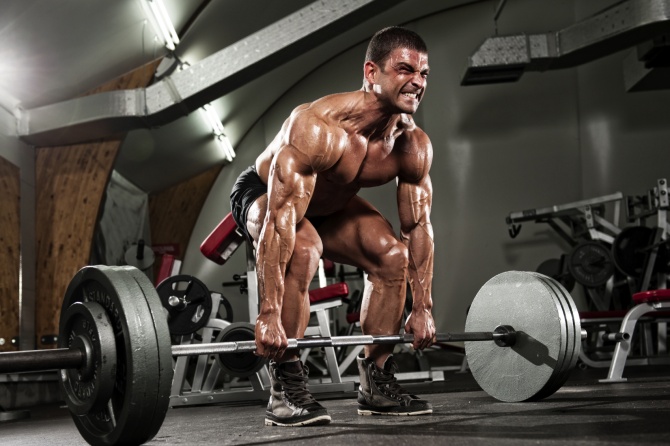 Okay, so why is it important to trigger your adrenaline system, divert blood to your working muscles and increase focus during a gym session?

Because it’ll ramp up your muthaf*cking sports performance to the roof, that’s why!

There are a number of scientific studies that show taking 1-3 mg of caffeine per kg of body weight before a huge strength workout can lead to greater rep maxes – even with lifts like the bench press and squat.

As far as we’re concerned at SpotMeBro, if it gets us a new PR, we’re in!

Not only will you crank out greater maxes in your workouts, you’ll be able to hit better high-volume, high-density workouts too.

And with volume-load being the primary driver of muscle growth, being able to smash rep after rep with heavier weights will get you plain jacked as fuark brah.

Bro Note: These gainz will transfer to the bedroom too. So take your endurance skills to a whole new level and leave your girlfriend in a post-orgasm, quivering mess on the bed with your unrelenting stamina and power. 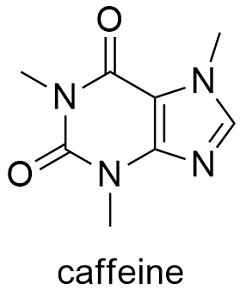 Hit that single digit body and get shredded with a caffeine pre workout.

There’s an overwhelming amount of evidence to show that adding caffeine to your pre workout stack will melt more fat.

Some studies have shown that a 5-fold increase in epinephrine from the supplement leads to higher rates of fat oxidation, and others have found that the thermogenic effect of caffeine leads to higher energy expenditure and plasma glycerol turnover too.

If you want a metabolism higher than Lindsay Lohan you need to get this compound in your routine.

Hit the gym with ferocity of a caged animal by adding caffeine to your pre workout.

Much like Hulk Hogan ripped off his shirt as he entered the ring, you’ll feel the same as you strut into the free weights area of your local iron house.

Because it triggers your adrenal system and inhibits the relaxing effects of adenosine, caffeine leads to better task completion, energy levels, focus and motivation.

If there’s one nutrient guaranteed to take your workouts to a whole new, fully-charged level it’s caffeine.

Our number one pre workout with caffeine is 4 Gauge.

Not only does it contain 150 mg of caffeine anhydrous per serving, it also floods your body with other supercharged nutrients too.

Why is 4 Gauge our number one choice?

When it comes to premium-grade pre workout supplements, 4 Gauge is the most exhaustively researched one out there.

You can tell it’s taken hours upon hours to design and formulate because the nutrient selection is on point and the dosing is clinical.

It leaves nothing to chance.

The only result with this pre workout with caffeine will be energy, strength, stamina, focus and force.

No unwanted side effects either as it’s all-natural and completely okay for athletes to use too.

Check Out These Natural Pre Workouts and Supercharge Your Gains

Front Squats vs Back Squats: Which Do You Need?