When Joe Gold opened his doors to his gym in 1965 and the characters started flooding the gym, it became a melting pot for bodybuilders from all over the world who wanted to come and congregate at the beach and be a part of the Venice Beach bodybuilding scene.  This was the beginning of the Golden Era of Bodybuilding. 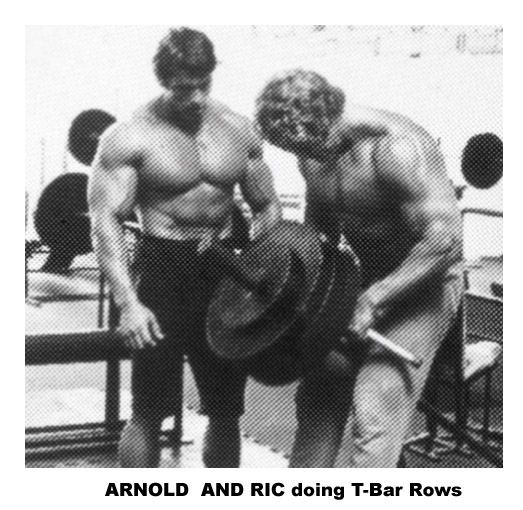 I arrived in 1969 when things first started moving with the Golden Era.  I came over from Bill Pearl’s gym in Inglewood to see what Gold’s was all about.  I heard so much about it that I didn’t know what to expect.  I was told that Pearl’s was a great gym but Joe Gold’s was the place to be if you wanted to be anybody or do anything with bodybuilding.

I drove over to Gold’s and decided that if I liked it, then this would be my new home and the plus side was that I always wanted to live at the beach.

My first meeting was at the back door with Arnold and we quickly became friends. We discussed workouts and decided that the next morning we’d meet and train chest together.  At that time, he wasn’t that well known and basically just another bodybuilder that Joe Weider sponsored and brought to this country.  But, in fact, he was a great guy with a good attitude and sense of humor like mine so I knew we’d train well together. 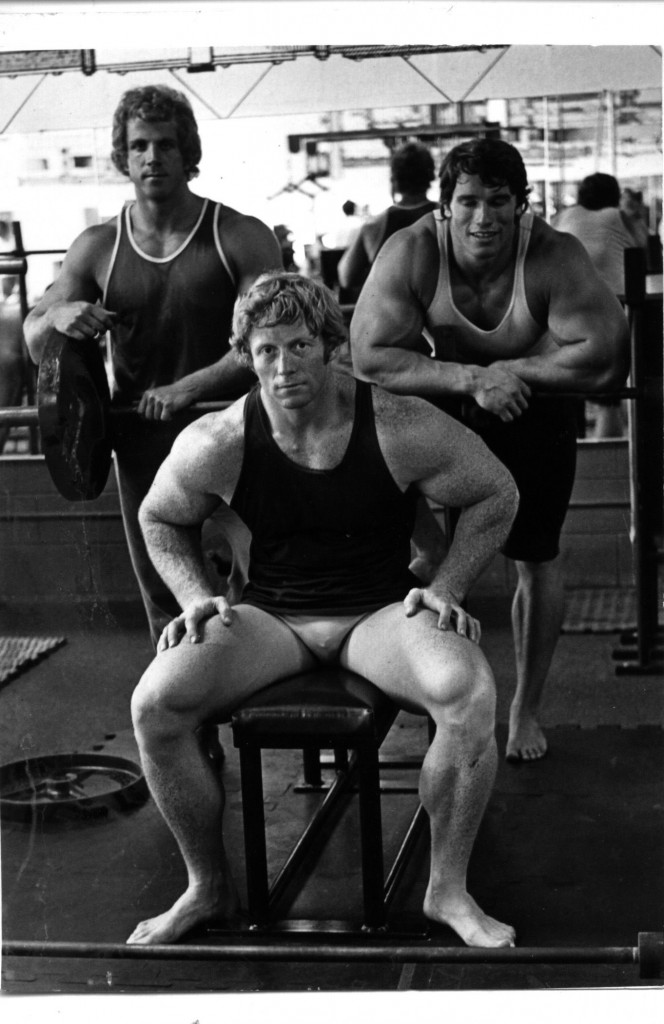 Our chest workout was great and I could pretty much always out-bench everyone as my best was 455 and no one in the gym came close to that.  So we started with bench presses and I kept adding more and more weight, which inspired him to go up with me.

I think we both knew that this would be a good workout and continued on with other exercises.  Our workouts were played pretty much by ‘ear’ and we did what we felt would work that day.  So changing up the exercises each workout really was a benefit in packing on muscle.

The gym was full of great bodybuilders as everyone knows; Frank Zane, Franco, Dave Draper, Ed Giuliani, Chuck Collras, Bill Grant, Kent Keuhn, Bob Birdsong, Roger Callard, Kal Skalak, Albert Beckles and many more who came in and out from other gyms and other countries. 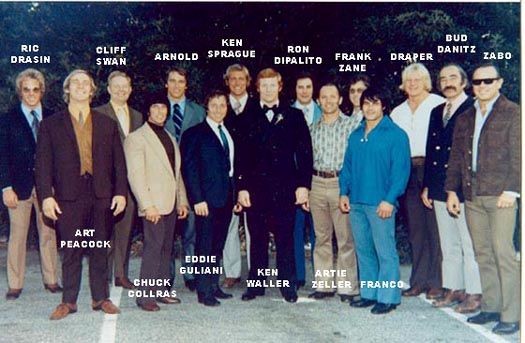 I had seen all of these great bodybuilders in the magazines, and soon I became one of them having my photos published as well. I never thought in a million years that would happen to me but the timing and the era was right.

There were only two women in the gym and one shower.  We all shared the same bathroom and one time while I was in the shower, I heard a voice ask me for soap and as I turned around it was one of the girls.  Kind of a shock, but that was Venice and anything goes.  We never thought much about it.  Today, well, that’d be a different story. 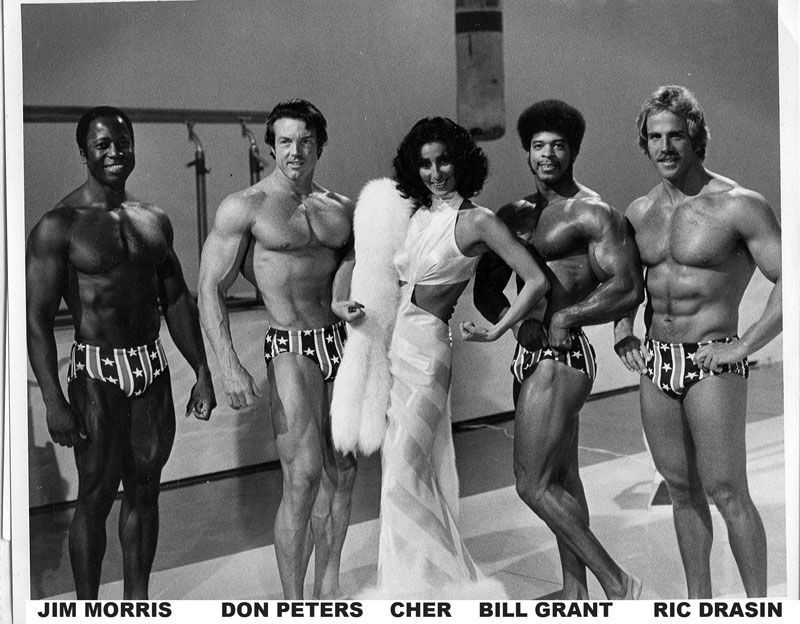 We had camaraderie like nowhere I’ve ever been and I wrestled pro worldwide which had its own group but it was never like this. We did everything together — we trained, ate lunch, took a run on the beach, laid in the sun, trained again, and we all went out at night.

This was a family and the laughs were endless.  We truly had fun and respect for each other all the time.  On the weekends we’d have parties and everyone would bring their girlfriend or wives.  Sundays we’d all be at the beach laying on the grass and telling jokes.

It always was a gathering and at that time Venice wasn’t so commercial with the vendors and tourists. It was mainly a few others and us. 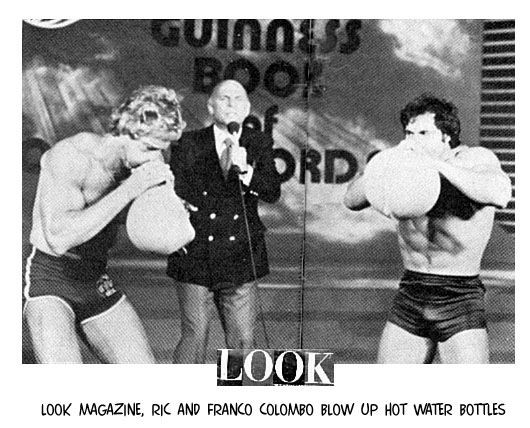 Zucky’s delicatessen on Wilshire Blvd. and 5th street became the hangout and we’d all eat breakfast there.  It was also a gathering place where all the customers and waitresses knew us and had fun when we’d come in.  Don’t forget that bodybuilders back then were rare so we stuck out in a crowd.  However, we didn’t flaunt it in tight shirts, in fact, we wore very loose clothing but anyone could tell that the muscle was there.

We’d also go to Zucky’s nightly around 10:00 pm for our nightly snack of a cheese omelet and cottage cheese.  This was our late night protein snack.  On Saturday nights it was the House of Pies across the street and that was the beginning of our junk day for Sunday.  This was almost a ritual with us and we all looked forward to the carbs, which we denied ourselves all week.

On the weekends many of us would wander down to the clubs in the Marina.  The marina was a place that attracted really good-looking women from all over Los Angeles so if you wanted to meet someone, that was the place to do it. 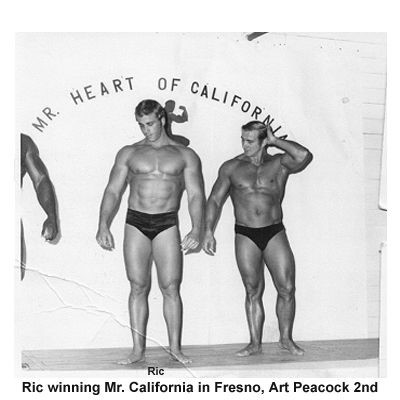 Many of us didn’t drink so we’d get a glass of carbonated water and just hold on to it.  The women really weren’t smart to bodybuilding so this was a real treat for them.

They always wanted to feel our arms or look at our abs.  This was our selling point because the average Joe who went there was really out of shape.   I know for myself, I always ended walking out of there with some good looker.  Most of us did and we always would go back to their place and have them make us something to eat among other pleasures.

Sunday afternoon in the marina they had free appetizers, which were chicken wings by the plateful.  Ken Waller and I would wander over there around 4:00 pm and take the plates from the waiters and eat every one of the chicken wings until they brought out more.  It was crazy because we ate them all and none were left for the paying customers. 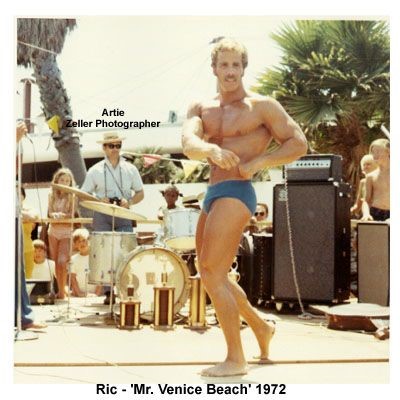 This was fun for all of us and we’d always talk about it in the gym the following day.  I had mentioned in one of my Ric’s Corner videos that we’d pull a girl from inside the club outside and put her under the lights to see if she passed the ‘light test’. It was so dark inside that you couldn’t tell if she was good-looking or not.

But this was part of what we did.  Our training, diet, social aspects were all part of our life and a fun life it was. 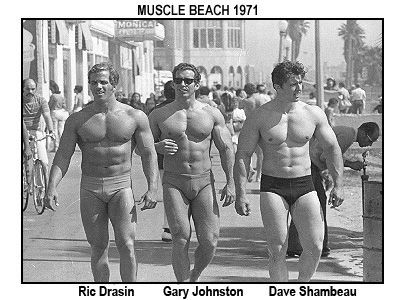 Back to our training on Monday and it was down to heavy and hard training.  There were no secrets; back then it was basic exercises going heavy, then light and staying within the body parts. Sometimes we’d superset and sometimes not, but we always experimented with various movements to see what would work and what wouldn’t.

Drugs were around but not like today’s super drugs so we had to work hard and eat a lot of protein throughout the day.

Joe Weider would come down to the gym on Sundays and train with us and then take us all to lunch.  He was a great guy and as everyone knows, the Godfather of bodybuilding.  I saw him come into the gym cold and pick up the 65lb. dumbbells and curl them for reps — that was pretty impressive. 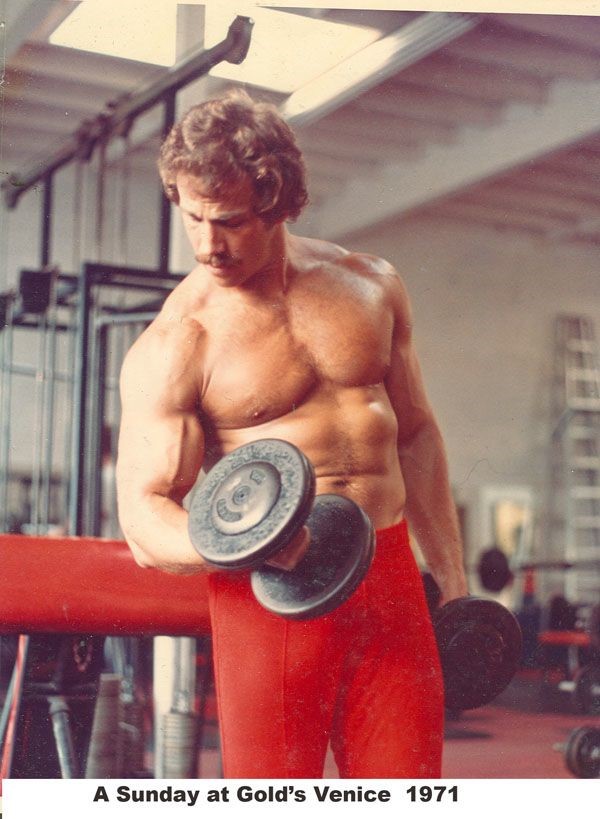 Many of us would go out on casting calls for commercials, TV shows, and Films and we’d always book the job because there were very few bodybuilders at that time.  Arnold had an audition once in Burbank and asked me to come along.  He read the dialogue and stumbled over the words.  When we got back in the car and couldn’t stop laughing, he asked what I thought.  I said, ‘forget acting, you’ll never make it.”  Ouch!

One day Ken Waller, Arnold and me went to Zucky’s for lunch and they knew that I liked to draw and asked me to draw a logo for t-shirts that they could sell at Gold’s.  I came up with the little bald headed guy on a napkin and we printed some shirts.  They sold well and then we printed some more.  Soon they took off and became the largest selling logo in the world.  Who would’ve known? 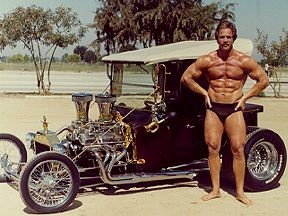 This inspired me to come out with a collection of bodybuilding t-shirts that I ran ads for in Weider’s magazines.  He didn’t charge me for the ads but in turn had me do modeling shots with products and articles.  I was the first one to design and sell the stringer tank top and a bodybuilding shirt with a design on it.  Shortly after all this Joe Gold asked me to draw a logo for the World Gym and I came up with the World Gym Gorilla. 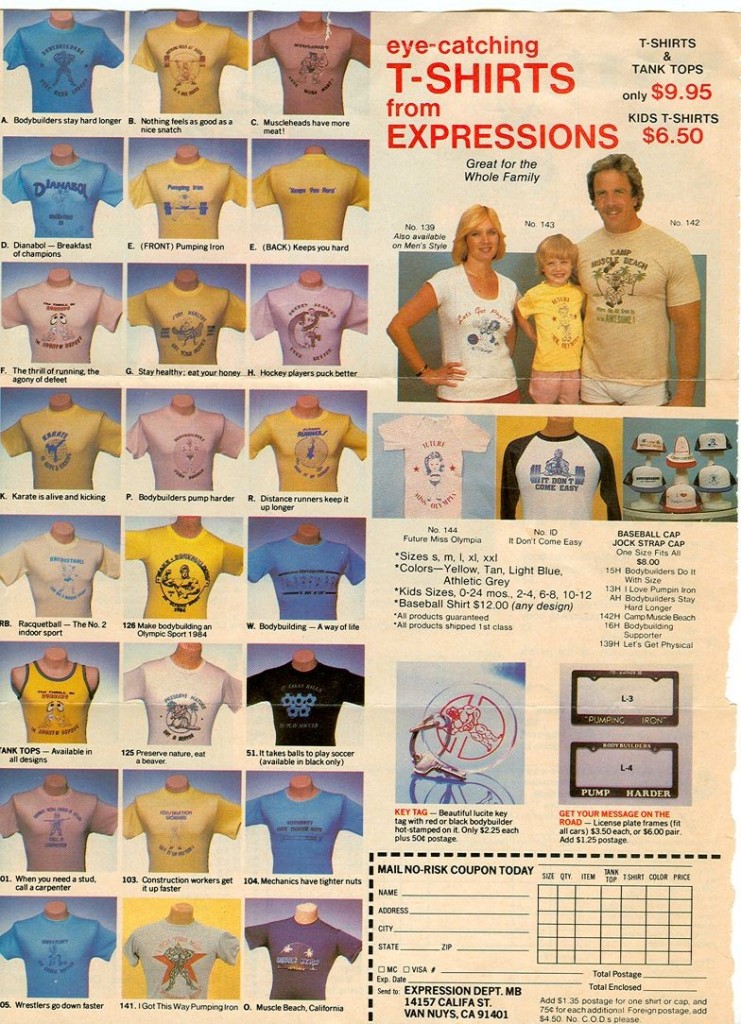 Today the original Gold’s Gym shirt that bears my signature is available on Bodybuilding.com along with my new Golden Era t-shirt based on the 70’s.

This was the Golden Era and the stories go on and live on. This is just the tip of the iceberg.

Look for interviews and tours of the past on my show, Ric’s Corner where I will walk you through the Golden Era of bodybuilding: www.ricscorner.com and www.ricdrasin.com

Ric “The Equalizer” Drasin is a former champion bodybuilder and professional wrestler from the golden era whose career excelled inside and outside the ring. Ric was trained by legend Mae Young in 1965 and made his debut at the Grand Olympic Auditorium. He rose to claim many championships and become revered by others in the sport.

In “The Time of My Life,” Drasin tells the tale of his success — both personal and professional — with great wisdom and wit. He offers insights about the evolving nature of the sport and intriguing anecdotes of encounters with stars in the business. Throughout his career, Drasin has found countless outlets for his personal brand and expertise in fitness, nutrition, wrestling, and bodybuilding, from training with Arnold Schwarzenegger to designing the iconic Gold’s Gym and World Gym logos; from acting as the Demi-Hulk alongside Lou Ferrigno to designing a fitness clothing line. Drasin expounds on the mental toughness, heart, and dedication required to truly excel in this art, as well as the applicableness of a bodybuilder’s mentality to parenting and other aspects of life.

At 71, Ric still stays in excellent shape and trains seven days a week. He has his own show, “Ric’s Corner,” with an ever-growing viewership of over 25 million, and regularly contributes to The Huffington Post. He is still accustomed to beating the odds, as he recently survived pneumonia and congestive heart failure and quickly recovered.

Ric is an icon and a motivator to all of his followers in life and on his show. He inspires people to gain self-confidence and move forward.

Deadlifts Every Day Keeps The Scrawny Away 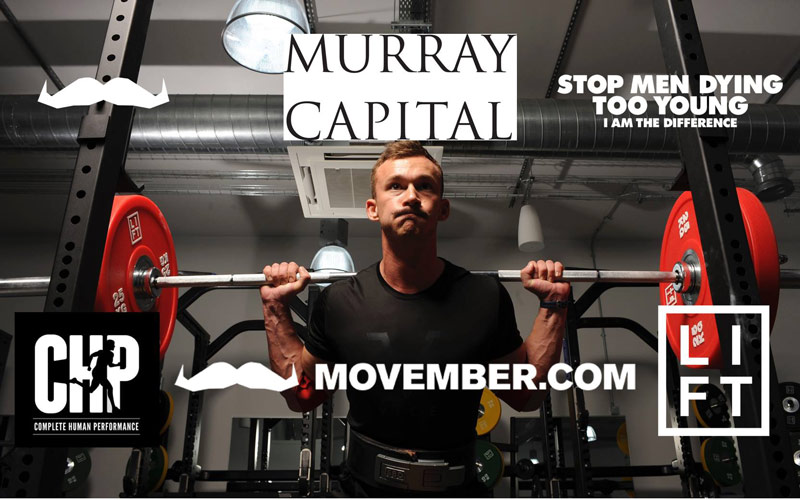 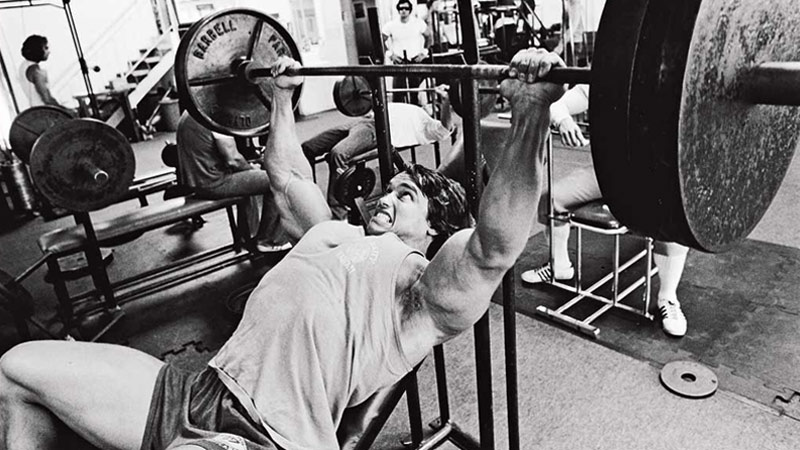 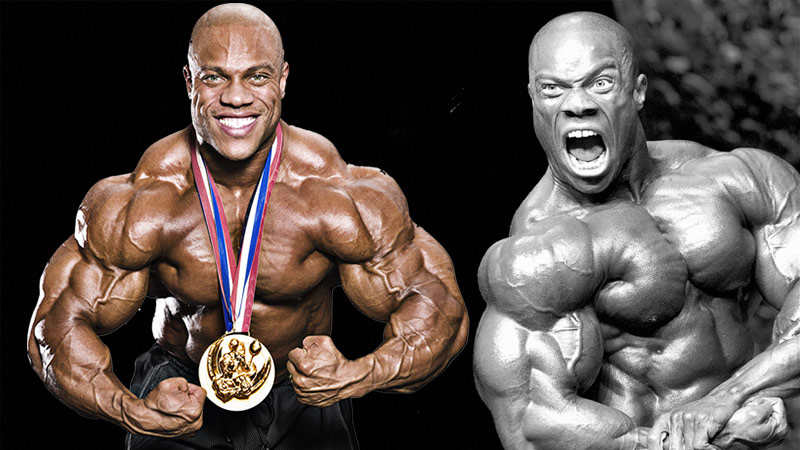 Road to Mr. Olympia – How 7x Champion Phil Heath Made It 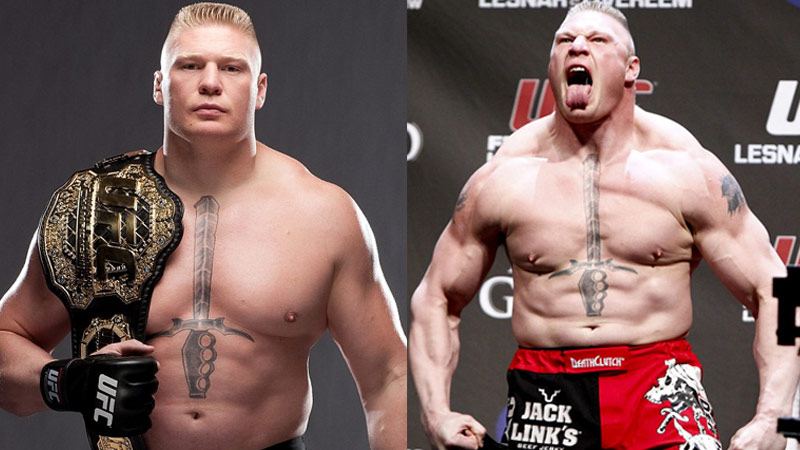 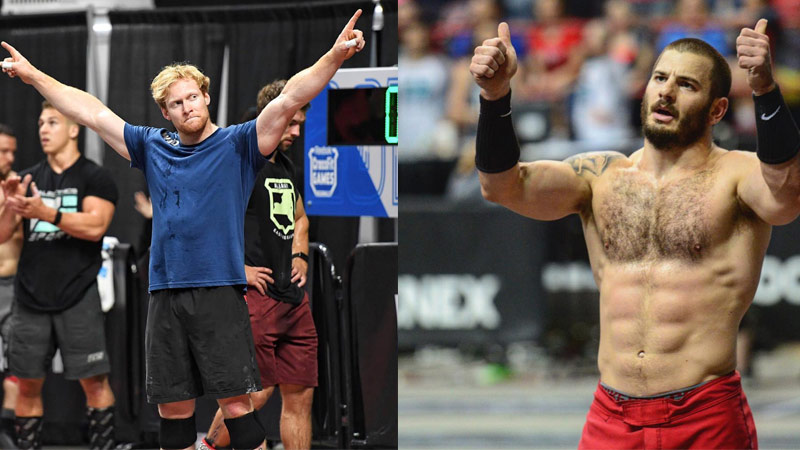