For as long as there’s been bodybuilding, bad advice has come with it. The invention of the internet and Instagram-famous physiques made it worse too. But, what can we expect? Gyms aren’t exactly labs full of legit scientists. It’s more bulging biceps than test tubes in the broscience department. No more! It’s time to debunk the five biggest bodybuilding myths once and for all…

Why you should care

We can’t make you care, but you should. When the final rep is done it’s your physique on the line with bad advice. Some of the things us bodybuilders believe is just downright destructive. You know what, when you stop and think, a lot of it’s even stupid.

The reason you should care is that this BS might be holding you back. By learning right from wrong you may be able to take your body to the next level.

Like we said, we can’t make you care, but it’s definitely in your best interest.

To debunk the following myths, we called upon the big brother of all bodybuilders – science! If you’d rather believe your local big guy, be our guest. But rest assured that everything we say today is backed up by factual evidence.

SpotMeBro promises to tell the truth, the whole truth, and nothing but the truth; or so Arnie help us.

#1 – Shock your muscles to keep them guessing

This one gets us every time. Seriously, how are you supposed to “shock” a muscle? Apart from grabbing hold of a live wire, we’re not even sure.

Your muscles have no concept of surprise. They cannot be shocked just by throwing in a random set of hammer curls or face pulls. Muscles simply adapt to the stimulus presented to them [1].

This means that you can’t ‘keep them guessing’. There’s no way your calves are gonna grow a little extra than they already would by your impromptu set of seated raises. If they do adapt, it’ll be to that very specific set.

Muscles are not Doomsday preppers who get big just in case.

To clarify – your biceps don’t think. They just react to the specific stimulus experienced.

Routinely changing up your program can help progress though. It gives your physique something new to adapt to, while helping keep things fresh.

This was probably what people meant when they first started saying you should use shock tactics. 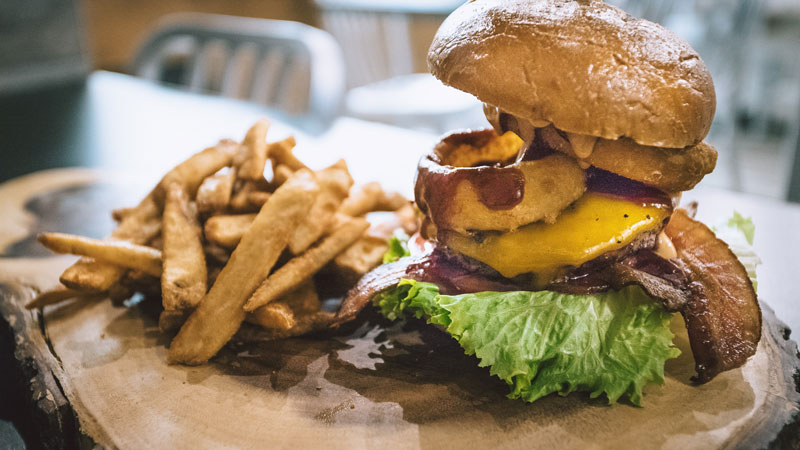 #2 – Eat what you want, just train every day

If we had a dollar for every time we heard this we’d be benchin’ on a beach in the Bahamas. Sadly, though, that isn’t the case. Just like this absolutely insane approach to nutrition isn’t going to work.

To be honest, if you want to look and feel a mess, do it. Science says you’ll certainly succeed in achieving a below subpar physique. If muscle wastage, brittle bones, and low testosterone from malnutrition is your jam, don’t let us stop you.

However, if you want to look and feel your best, you must pay attention to your diet [2]. Do the best bodybuilders in the world eat anything they want, whenever they feel like it? No.

You are exactly what you eat in many ways.  We’ll break this down really simple for time.

First up, if you don’t get the right amounts of the correct nutrients, you won’t effectively build muscle. You’ll also struggle to burn fat or find the energy to train hard.

As a bodybuilder, you’re as much a machine as you are a piece of art. Fuel yourself with nothing but the best. Enjoy your cheat meal at the weekend to rebalance your homones and be happy.

Secondly, the only way to cut up (i.e. become lean) is to eat in a calorific deficit. If you’re eating more calories than you burn in a day, your body will store the excess as body fat. Yes, some might become muscle, but it’ll likely be smothered in adipose tissue.

Life is not one big long dirty bulk. In fact, once you try to cut you’ll probably lose muscle anyway… 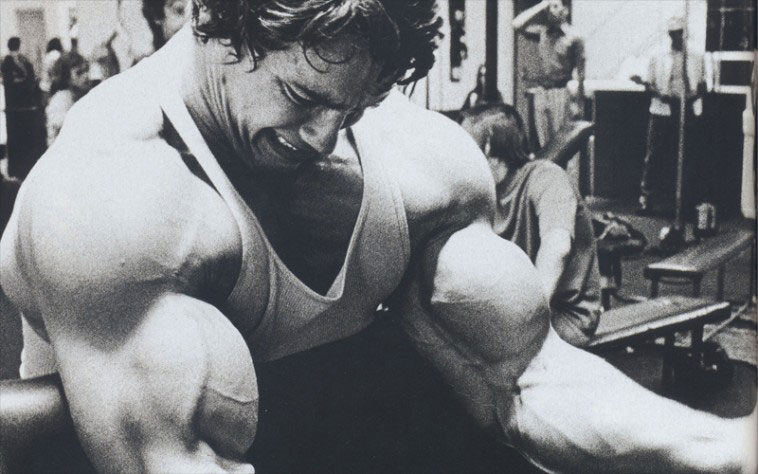 #3 – You MUST train to failure in every set

How many times have you heard this piece of physique-wrecking wisdom thrown around? Too many to count, right? The truth is though, this is probably the fastest way to overtrain and lose gains.

As always, the training to failure thing often a simple misunderstanding. Training to failure does work when done on occasion, as it ensures the mechanisms that build muscle become ‘switched’ on. However, you don’t actually need to hit failure to grow.

In 1985, scientist Mikel Izquidero conducted a study on 42 active men to test failure. He split the subjects into two groups, with one lifting until they couldn’t anymore. The others then cut their reps in half but doubled their sets.

By the end of the study he’d found that even though one group never hit failure, they still showed strength gains [3]. In short, you do not actually need to fail to progress.

A group of Brazilian researchers also announced that not training to failure could even be beneficial. Apparently, their ultrasound scans showed similar rates of muscle growth in non-failure athletes. Not only that, but they also suggested that constantly training to failure can impede your in-gym performance.

Simply put, you don’t need to always go to failure to build fast muscle. It all becomes a bit too much if you do it every set, especially for natty lifters [4].

For a detailed view on muscle growth check out our ‘Science of Muscle Hypertrophy’ guide. 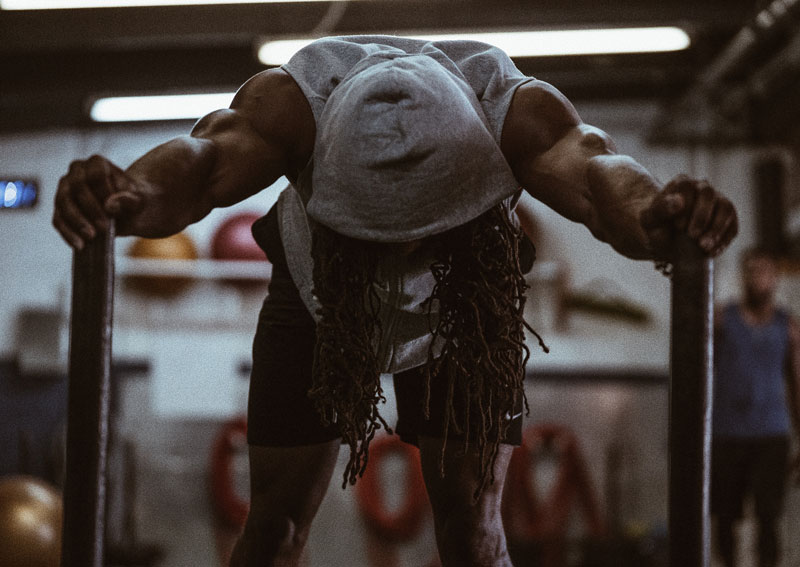 #4 – Overtraining is a myth

Now, this one really grinds our gears. Why? Because we care about our readers and the bodybuilding community we exist in.

Overtraining, also known as Overtraining Syndrome, is certainly not a myth.

It’s real, and it sucks!

According to researcher Jeffrey B. Kreher; “OTS appears to be a maladapted response to excessive exercise without adequate rest, resulting in perturbations of multiple body systems (neurologic, endocrinologic, immunologic) coupled with mood changes.” [5]

Simply put, your body begins to shut down as it reaches an extreme state of fatigue. You redlined for too long, buddy.

But the bodybuilder who’s declining max efforts, common colds, and constant injuries are plaguing his progress probably is. Along with tanked testosterone, sleepless nights, and mood changes; these are all warning signs of OTS. Unfortunately, coming back from overtraining can take months at a time too.

So, if you care about your physique at all, monitor your mood, RPE, and sleep closely. If you’re starting to see a decline in performance, tread lightly. Well, as lightly as a bodybuilder can anyway.

Want to know more? Learn the difference between functional overreaching and overtraining here. 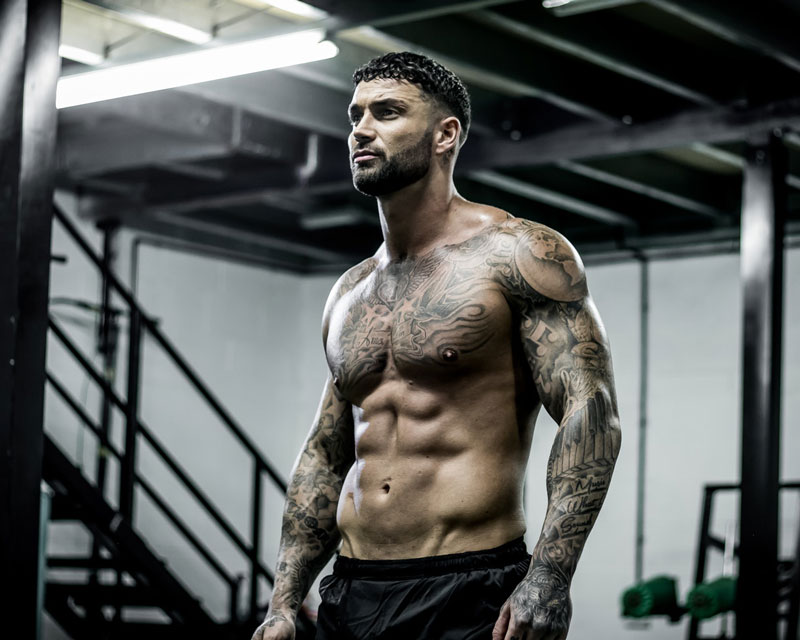 #5 – Your muscle turns to fat if you stop training

Anybody who’s had to take time out of training has this fear. They look in the mirror and start to slowly see their mountainous muscle recede back into their body. Cue the panic and pain of a lost physique.

If this were two hundred years ago, you’d probably say your muscle was turning into fat. But come on, it’s the 21st century now and we know better.

There is just no way on earth this can happen.

Why? Because fat and muscle are two completely different types of tissue. Just like the iron of the gym’s best best barbell can’t turn into the sweaty, foam padding of your least favorite bench.

Instead, what can happen, is that muscle mass will decrease while body fat increases. This is a kind of use it or lose it scenario, also known as reversibility via detraining.

Your body longs so hard to return to homeostasis, even when training. So, after a while away from the iron, it gets rid of any excess muscle it thinks it doesn’t need.

Then, while this is happening, you’re likely to be eating as if you’re training too. Consequently, you enter a caloric surplus where you’re taking on more energy than you need. Your animalistic system then stores this excess energy as body fat for leaner times. As we’re no longer cavemen, this rarely ever happens.

Of course, all the extra fat doesn’t look too great compared to your previous chiseled frame. It therefore looks like one has transformed into the other.

So, no, your muscle won’t turn to fat! You’ll probably lose a little of one and gain some of the other instead. But don’t stress too much, bro. Studies have shown that even two or three weeks out shouldn’t impact size [6] [7]. 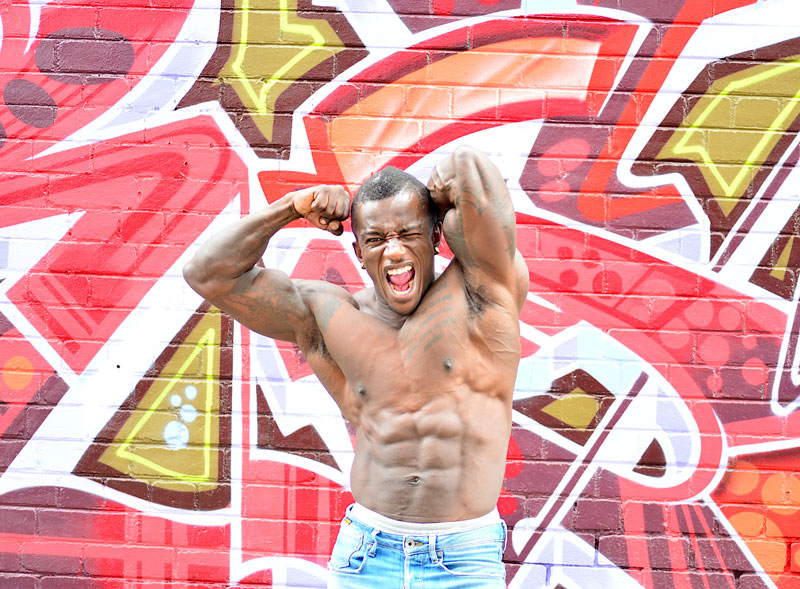 We don’t ever think the myths are going to disappear from bodybuilding. For as long as people are gripping and ripping barbells facts are going to get twisted.

The iron sport has grown through the blood, sweat, and tears of dedicated lifters after all. A lot of what we come to know is learned through hard trial and error. Anybody with years in the game knows exactly what we’re talking about…

But, we’re glad to have gotten that stuff off our chest. Take this knowledge and spread it with all your muscular compadres. Maybe we can save someone the pain of overtraining, or the fear of getting fat from a week-long vacation. There’s no need to rush for the R.I.P. Gainz tattoo just yet, bro.

The key point to remember here is to use your smarts.

There’s so much cool information on the internet you can access for free. Much of it is regularly uploaded by legitimate, scientifically certified experts too. So, hit it up, and see what science can do for your physique today.

See you soon for part two…

Trenbolone - What You Need to Know: Usage, Cycle & Side Effects