Pushing your body to its limits and forcing it to pack on slabs of imposing, aesthetic muscle is what it’s all about as a bodybuilder.

But what happens when you push too far?

Overreaching and overtraining, that’s what.

Treading the careful line between training hard enough and too hard is always tricky. Particularly when you’ve got a never quit, balls-to-the-wall bro attitude.

Seeing the results come flying in is always motivating. Particularly when you’re packing on solid muscle and your strength is crazy. It just makes you want to train harder and harder.

But what happens when you’re peering into the abyss of muscle soreness, poor sleep, and motivation so low that it’d rival that of an emo teenager?

Good training means training clever. And if you’re willing to chalk up your hands, grind out rep after rep and still come back for more, you need to be aware of the side effects of excess.

Are you overreaching, overtraining or just being a straight up pussy?

The Difference Between Overreaching and Overtraining

Training to your limits means dusting yourself off when you just can’t face another session at the gym. It means throwing around heavy ass barbells when you’re low on energy, and making the gym your submissive bitch when the tank’s running empty.

What separates the pretenders from the bros is unrelenting determination in the face of adversity.

Real lifters work through the suffering. They embrace the pain of muscle swelling volume and bone crushing PRs. They smash through every barrier that’s put up in front of them.

But they’re also clever too.

They know when enough is enough, and when more isn’t always better.

At some point, your body begins to fight back. And at that point you’ve opened up a whole world of overreaching and overtraining.

Here’s the difference between overreaching and overtraining actually…

It all comes down to a drop in performance

When you explain the differences between overreaching and overtraining in the language used above, it might only seem to make sense if you’re familiar with the nerd words used in labs and lecture halls.

But if you’re not, it just seems like a bunch of mumbo-jumbo jargon.

So simply put, overreaching is when your performance (strength, endurance, speed) decreases because you’ve smashed your training a little too hard. And it takes a good couple of weeks to return to normal.

Overtraining is pretty much the same thing, but takes much longer to recover from –  as long as a few months. It also needs a medical diagnosis too as it’s classed as a disorder.

How do you diagnose overreaching and overtraining

Overtraining in particular is often referred to as a syndrome.

As such, symptoms are varied and grouped, rather than just characterized by one single factor or problem.

So what are the common symptoms reported in athletes that suffer from overreaching or overtraining?

Remember; some, all or none of these symptoms can occur during excessive training.

The difference between overreaching and overtraining is the time it takes to recover from them.

Avoid Overtraining at All Costs

So how do you make sure you’re pushing your progress in the right direction without falling victim to overreaching and overtraining?

It’s all down to good programming, that’s how.

Any reps, sets, cardio or weights make up your training load. Anything that fatigues your body, depletes your energy stores and pushes your fitness counts as a load.

Once you’ve reached your critical training load you need to take your foot off the gas and recover. That way, your body can do what it does best – adapt.

The basis of all well-structured workout plans is that they stimulate adaptation with progressive overload – in other words, gives your body a stimulus that’s above and beyond what it’s used to.

In the short term, that stimulus decreases performance. For example, if you try to hit a max bench press after a chest day, you’ve got no chance.

But in the long term, a few chest days will get you stronger and bigger, and much more likely to blast into a new one rep max… presuming you rested, recovered and allowed your body to restore itself between workouts.

Keep progressing by giving your body the rest it needs

Rest is an essential part of training.

No matter how good your result are, or how motivated you might be to keep pushing the envelope and making gains, you’ve got to know when to take a break.

It’s during rest weeks that your body has the ability to build itself up, repair any damage and actually get fricking better at what you do.

When you give yourself that rest is up to you.

Many lifters take a week off every 6-8 weeks.

Others prefer to ‘auto-regulate’ by taking a week off only when they lose motivation or they find their weights feeling usually heavier than normal.

It’s up to you when you rest… but the bottom line is that if you don’t balance training load and recovery, you’re an ass hat that’ll soon be embracing overtraining with two very tired, weak arms.

Before you start slashing your workout volume in half, there is actually some merit in overreaching from time to time.

In fact, many coaches suggest that ‘functional overreaching’ should be something you purposely aim for.

At the ass end of it all, you’re training to improve performance. That means working hard to increase training load above the level that your body is used to.

During a tough block of hard training, your performance will decrease. There’s no two ways about it.

But with a few days off you’ll improve from where you were before the block started.

What you need to do is see functional overreaching as a kind of warning too. It’s your body telling you that you’ve gone as far as you can push things and it’s time to back off a little.

If you choose to keep hammering away with high training load you’ll begin to slide down the slippery slope. It’ll take longer and longer to recover from and eventually you’ll be staring into the sh*tty black hole of overtraining.

Yep. And you’re not alone if that’s what you’re thinking right now. Because this is something that sports scientists are still deliberating to this day.

We know that functional overreaching is a good thing. What we don’t know is when functional becomes detrimental though.

It’s a fine line you’re treading and only you know when your body’s ready for a rest. 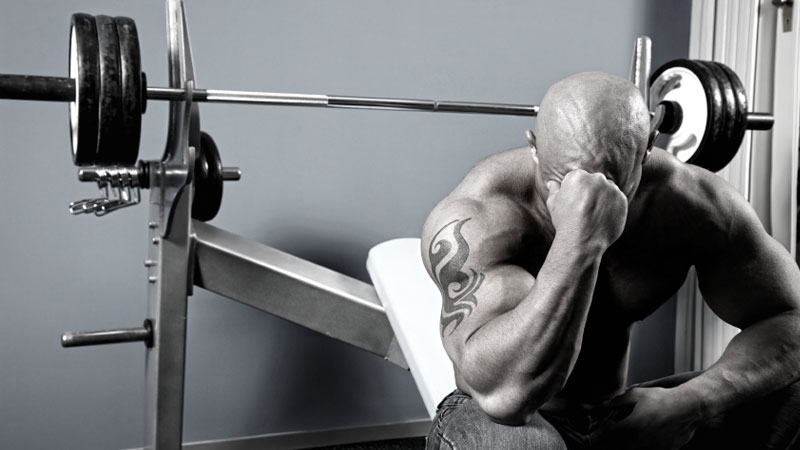 Summary – What’s the Difference Between Overreaching and Overtraining?

At the most basic level, overreaching is a drop in performance that takes a good few days or a couple of weeks to recover from.

There’s an argument that functional overreaching is just part of the normal training load cycle. Once you rest you’ll come back fitter and stronger.

Overtraining results in the same fall in performance, but it takes as long as a few months to recover from. There’s no benefit to screwing yourself into the ground, and the symptoms of overtraining aren’t only severe, but take a long time to get over.

Jailhouse Workout: Get Jacked without Weights