Soy foods are packed with protein, but there’s always been rumours that it can decrease your testosterone and raise your estrogen levels.

When thinking about protein, it’s only natural for non-vegetarians to think about steak, chicken and eggs.

One protein source that’s often forgotten about is soy. It’s consumed everywhere in the world and offers a great alternative, especially for non-meat eaters.

But the fear of increased estrogen levels has put many bro’s off soy protein; there have always been rumours that soy protein can cause man boobs (gynecomastia), which isn’t something men want, unless you fancy turning transgender (no hate).

So we’ve made it our mission to inform you about the truth.

Soy is a source of complete dietary protein, meaning it contains all 9 essential amino acids that help build and repair muscle tissues [1].

While Asian country’s are known to consume higher amounts of soy through foods such as tofu, it’s becoming increasingly popular in western countries too.

Here’s the main sources of soy: 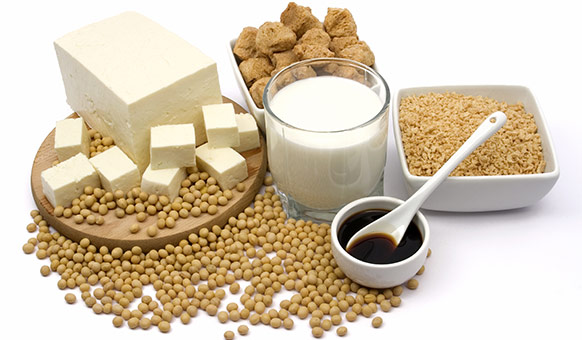 Basically, the quick answer to this question is this; there are both studies that suggest soy protein can decrease T levels, and have no effect at all.

But since that’s a pretty sh*t answer for people wanting answers, we’re giving you more of a detailed response in this section.

We’ll start with the studies that show soy can lower your test levels.

One particular study stands out, conducted by Siepmann T et al [2]; it aimed to determine whether soy consumption had any impact on total testosterone.

During this study, the subject’s T levels decreased while consuming soy through a vegan diet. Interestingly, his test levels increased within 1 year of discontinuing this vegan diet.

As a result, the study concluded that soy consumption negatively affected the subject’s T levels.

Over the course of 57 days, each participant were asked to provide urine samples every 24 hours.

The results of the study, were that ‘soy protein, regardless of soy isoflavone content, decreased testosterone with minor effects on other hormones.’

Many websites solely focus on the studies that have shown soy in a negative light. But here at SpotMeBro, we’re all about giving bro’s a fair judgement.

As a result, we’ve found some studies that show soy doesn’t decrease testosterone levels in men.

By the end of the study, it was concluded that soy did not have any effect on bioavailable testosterone in men. Clearly, this was one of the studies that contradicted popular belief.

The partcipants’ testosterone levels were measured after 6 and 12 weeks into the study. Ultimately, the results showed that their T hadn’t decreased, strengthening the argument that soy doesn’t lower T levels.

Right, so we’ve shown you 2 studies that prove soy decreases T levels, and a further 2 that show soy has no effect on testosterone. Pretty confusing, right bro?

Well, this pretty much sums up this question. There’s really no solid answer, but we suggest that you avoid eating a soy-rich diet.

That doesn’t mean stay away from soy altogether though. Remember the studies that showed negative effects focused on participants following a ‘soy-rich diet’.

Don’t forget that soy can contain up to 22g protein per cup and is a complete protein; this means it can help you gain muscle mass without any negative effects when eaten in moderation.

Anyway, if you’re worried about your testosterone levels, then you’re in luck. We’ll give you some tips to help keep your T levels high below. 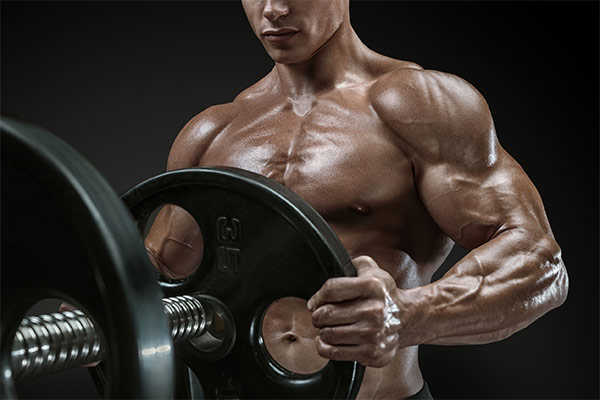 Apart from consuming bucket loads of soy, there are other things that can negatively affect your T levels. This includes things like such as alcohol [6] and licorice [7].

Not only that, studies have shown that testosterone levels begin to decline by 0.4-2% after you reach the age of 30 [8]. So sometimes you can’t help suffer decreases in T.

For this reason, small lifestyle changes and supplementation help ensure you keep your T levels high and stay alpha.

Here’s how we recommend raising your T levels naturally:

Natural test boosters have come a long way since they were first created. Now, there are premium products on the market that have taken over the industry.

As a result, we started trying hundreds for ourselves. And after going through many and suffering a few side effects along the way, we finally found a selection that we can recommend.

Check it out bro:

Alright, so just to clear this up, we’re not just saying you should lift big weights without any evidence behind it.

Basically, there’s been many studies that show ‘strongman training’ has a positive effect on T levels [9]. This particular study states that you should incorporate ‘multi-joint movements that incorporate large muscle mass groups and impost a substantial amount of neuromuscular stress’.

To cut out the slightly scientific talk, this simply means performing compound movements in the gym, such as squats, deadlifts, bench presses etc.

Since you’re on SpotMeBro, we assume you have a penis. If so, you’re in luck; some studies conclude that men benefit from raises in T during weight-lifting than females [10] – not bad, eh?

You might think that making enough time to eat right and train hard is enough to support healthy T levels.

But it’s important not to forget the importance that sleep can have on testosterone levels; one study in particular showed that a lack of sleep could decrease T levels by up to 15% [11].

The same study found that 10 hours of sleep was the optimal for high testosterone levels. So it makes sense to try and get to bed earlier!

If you’ve been silently fapping away by yourself, then it’s time to find a sexual partner, brah.

One study by Dabbs, J.M [12] reinforces this; they monitored 4 heterosexual couples over 11 evenings, before and after sex, and also 11 evenings sex-free.

Ultimately, they found that both male and female T levels had risen on evenings when couples had sex.

So bad news if you’re a lonely motherf*cker. But very good news if you have someone to tango with – as if you needed an excuse, right bro?

As you can see, the answer to the question ‘can soy decrease testosterone levels’ isn’t something that comes with a quick answer.

As there are both studies that suggest that soy has both a positive and negative effect on T levels, it’s hard to make a conclusion.

If you ask us, we’d say that the studies that show soy in a negative light are slightly unfair; they mostly record results after participants consumed a very high soy diet, but not many people will solely eat soy for every meal, right?

For this reason, it’s pretty safe to assume that your T levels won’t be taking a dip by including soy in your diet. Just don’t eat tofu as part of every meal, every day bro. And if you’re still worried, then invest in a testosterone booster supplement to ensure you don’t grow man t*tties.