It’s no secret that as we get older we don’t produce as much testosterone as we used to. After we pass 30 we actually produce about 1% less every year[1]. This comes with a whole host of downsides for men and is a large part of why you simply don’t feel as spry as you used to in your 20s. Of course it’s not the only reason, there’s nothing that anyone can do to completely stave off father time, but that doesn’t stop us from trying.

Testosterone is important to men. Simple. And we’re not just talking vanity, losing the 6 pack you didn’t have to work for, or did, we’re talking about everything from a mans mental health, performance in the work place[2] through to his erm, stamina at home.

If lethargy, and stamina issues weren’t bad enough it also makes muscle growth more difficult, which in turn lowers testosterone further, as increasing muscle mass raises testosterone levels. It also typically makes men gain weight, which also decreases test levels. It starts to feel like an impossible spiral, where half of what gives a man low testosterone, is having low testosterone to begin with.

With all that in mind, men often turn to a variety of crazy ways to boost testosterone naturally, or even look to use TRT, before even attempting to address their dietary issues, this is especially true for men who already follow reasonably healthy lives and haven’t considered simple things they’d been missing out on. Just one example is Vitamin D3, which almost half of the US population is deficient in[3] and can raise low testosterone levels dramatically[4] even brining some vitamin d deficient men out of the low testosterone range without anything else being needed. If that can be achieved with just one small change, such as taking a vitamin d supplement, what can be done to boost testosterone naturally when we make sure our diets and supplements are designed to boost testosterone levels?

Ok, so we already talked about this one, vitamin D3 is incredibly effective, which is why it makes it into most natural testosterone booster supplements and could well be a large part of what actually works in them. It seems that most of the supplements that claim to be testosterone boosters reviewed by ourselves contained Vitamin D.

This one really only applies if you’re deficient in zinc, whilst it isn’t the most common deficiency in men with healthy diets, being low in zinc pretty much kills your testosterone production. Supplementing it raised testosterone significantly in men that weren’t getting enough of the mineral[5], but didn’t do anything in men who were getting enough of the mineral. Again this is common in simple vitamin supplements, often mixed with calcium, vitamin D and magnesium together for a relatively low price and not something you’d need a dedicated testosterone booster for.

The studies on magnesium supplementation have been really interesting, it was shown to raise testosterone levels naturally in both sedentary and active men. In fact, men with active lifestyles actually benefited more from additional magnesium[6]. It should be noted however, that too much magnesium supplementation can be dangerous. The study used 10mg per kilo of body weight in each of the men on the trial. Again as mentioned above this can be handled with a simple multivitamin.

B vitamins are largely known for their function in promoting energy levels, and most men that work out regularly or consume energy drinks are likely to be getting more than enough. But, a couple of the vitamins themselves are essential for proper hormone production. B2 and B6 both have several studies demonstrating that they help the body regulate normal testosterone levels, and maintain more “free testosterone”. Free testosterone being the amount of testosterone that is not being used to balance hormone levels, against a mans natural estrogen.

Herbal supplements are where things get a little bit less well researched, and we start to get in to the realms of “maybe it helps”. It’s also where we get into the realms of testosterone boosters with rather dramatic claims, ranging from everything from a miracle cure for erectile dysfunction, through to promises of huge gains in lean muscle mass. That’s not to say all herbal supplements do nothing for testosterone production, but it does mean that you have to start taking things with a pinch of salt. Fenugreek extract for example is pretty well studied and there does seem to be a bit of truth in it’s impact, as shown in this meta analysis of multiple studies[6]. Some other ingredients however, and we’ve seen claims on everything from longjack, through to berry extracts, seem to be little more than diuretics (which we have no idea how that helps) or just another name to add to a list of a supplement claiming to boost testosterone. There are a couple of supplements claiming to be testosterone boosters that we’ve seen that focus on the most well backed vitamins and other ingredients, but the problem is that often they’re not the most popular, as they don’t have a unique selling point, or require men to take staggeringly high amounts of pills (18 a day in one case) to actually get the clinically tested doses of each ingredient that they included.

This is another area where things tend to get a bit pseudoscientific, which from what we can see there is an internally consistent logic in why testosterone boosters use amino acids, particularly DAA (D-Aspartic Acid) there isn’t much evidence to suggest it works as effectively in humans as some testosterone supplements claim. It’s true that we need certain amino acids in our diet for muscle growth, and to produce testosterone, but this can be better achieved with a balanced diet. This can be a bit more complex for people following a restricted diet for moral reasons, ie vegans, as not all plant proteins contain a completely balanced amino acid profile. In fact, it’s only soy that does. Otherwise it’s important that they get a mix of protein sources, peas, brown rice and wheat. Vegetarians have less of an issue as whey and eggs contain all of the essential amino acids. Whereas this is typically of no concern at all for carnivores. This is something to consider if you’re currently following a restricted diet and want to make sure that you’re doing everything you can to maintain healthy testosterone levels, and especially if your testosterone concerns are related to gaining lean muscle mass.

What’s particularly interesting is that as US research foundation, Center TRT (centertrt.org), are looking to conduct trials on which of these actually work in the real world. Which to get either some real evidence to support or debunk some of the more outlandish claims of testosterone supplements. As it seems many are just glorified vitamin D pills (more information on Center TRT Trials).

Is there anything else in my diet effecting my testosterone?

Quite possibly, but there’s a few quick myths to dispel, no soy won’t kill your test levels, unless it’s the only thing you eat, in fact most vegans could be worse off if they don’t balance their amino acid profile as we mentioned. Getting too much of certain minerals and vitamins can, but that’s incredibly hard to do. Fats aren’t going to kill your testosterone levels. And everything from poor sleep, medication and stress can mess with your production. The one main thing that most Americans are doing that kills our testosterone is….. you guessed it eating too much.

Liomen review - Does this anti-aging skin cream for men work? 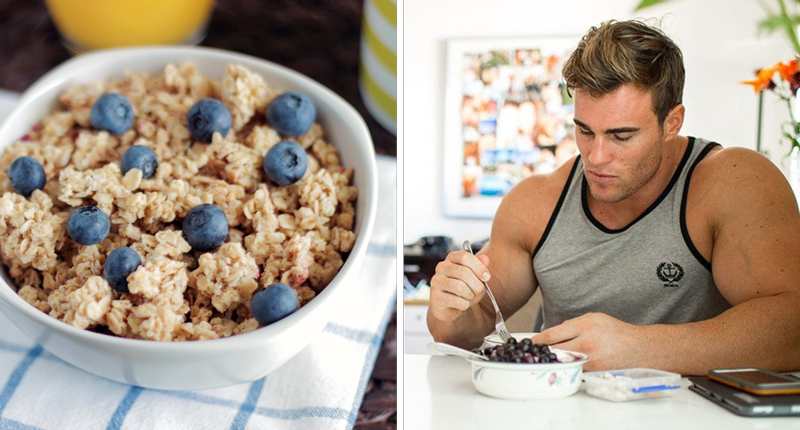