You may be all too familiar with the symptoms of a hangover. You wake up with a headache, thirsty and total lack of energy and instantly regret the few extra shots of tequila from last night.

Sound familiar? Well, bro, hangover cure pills are a new breed of supplement that could help take the edge off.

Your liver can only break down 1 drink at a time, so alcohol levels quickly build up in your system if you’re having a few drinks on a night out. When your liver breaks the alcohol down, it creates harmful by-products, which wreak havoc on your insides.

Hangover supplements work by boosting your liver’s ability to break down alcohol as well as clear the by-products of alcohol metabolism. The result? Fewer hangover symptoms so you can be more productive the next day.

We recently came across AfterDrink, which has been gaining some popularity in the hangover pill world – so we thought we’d put it to the test. 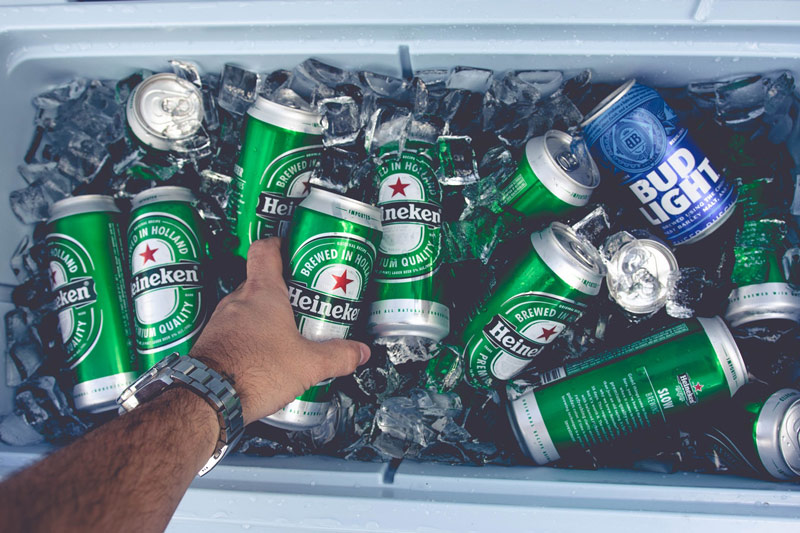 We were keen to test out AfterDrink because of its all-natural ingredient profile. It uses vitamins, minerals, amino acids, and herbal extracts target the key hangover symptoms:

AfterDrink doesn’t use proprietary blends in their formula, which already puts it above many other manufacturers that hide their ingredient lists. AfterDrink showcases exactly how much of each ingredient is included in their pills, which gives us confidence in their product.

They also offer a 30-day money back guarantee. So, if you don’t feel any better from taking it after your nights out, you can return for a full refund. 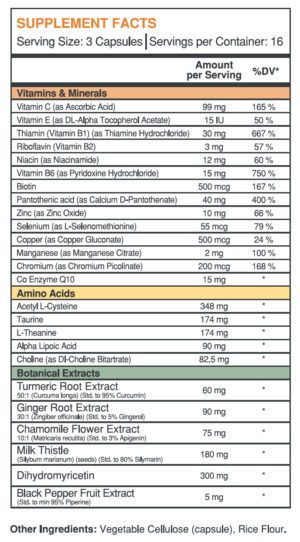 DHM is the active extract of the Japanese raisin tree. It has been used in the east for centuries to help with hangovers and more recently the benefits have been proven in studies. Dihydromyricetin has been shown to increase alcohol breakdown in your liver.

The more alcohol your liver breaks down, the less buildup of toxins you get. Naturally, this will reduce your hangover symptoms.

Ginger has been used for thousands of years to alleviate nausea. It’s been proven countless times to reduce sickness and is often recommended by doctors to help with morning sickness and nausea associated with chemotherapy treatment.

Seeing as nausea is a major symptom of a hangover, we were happy to see its inclusion at a good dose.

B vitamins are essential for the function of your liver as they create the enzymes required for carrying out detoxifying functions. Because drinking alcohol increases the workload of your liver, replenishing your B vits will ultimately help boost alcohol metabolism.

Anxiety and “the shakes” are common when hungover. Alcohol suppresses the nervous system, which is why everything slows down when drunk. After the alcohol in your system has been cleared, you get rebound over-excitation of your nervous system – hence anxiety flares.

So, we liked the inclusion of L-Theanine, as it has been shown to increase calming brain alpha waves. It’s a natural amino acid found in high concentrations in green tea and works well to calm the nerves.

This amino acid increases your liver’s production of Glutathione. Glutathione is one of the most powerful antioxidants and is essential in clearing up the by-products of alcohol breakdown.

Including NAC is a must for us as it’s a proven antioxidant amino acid that can help reduce hangovers.

You’ll find milk thistle is most good hangover pills because it’s the real deal bro. A quick search online will show countless people vouching for its hangover preventing properties. Plus, there have been research studies to prove it too.

How Do You Take AfterDrink?

The manufacturers of AfterDrink suggest taking 3 pills before bed and 3 in the morning. The most important dose is the one taken before you sleep.

This is because the ingredients work by clearing alcohol and free radicals from your system before the damage is done.

Once the damage is done, not much will help your hangovers so it’s essential to take the evening dose. I know what you’re thinking bro, you’ll probably forget the night time dose. Best thing to do is keep it by your bedside table so it’s hard to miss. 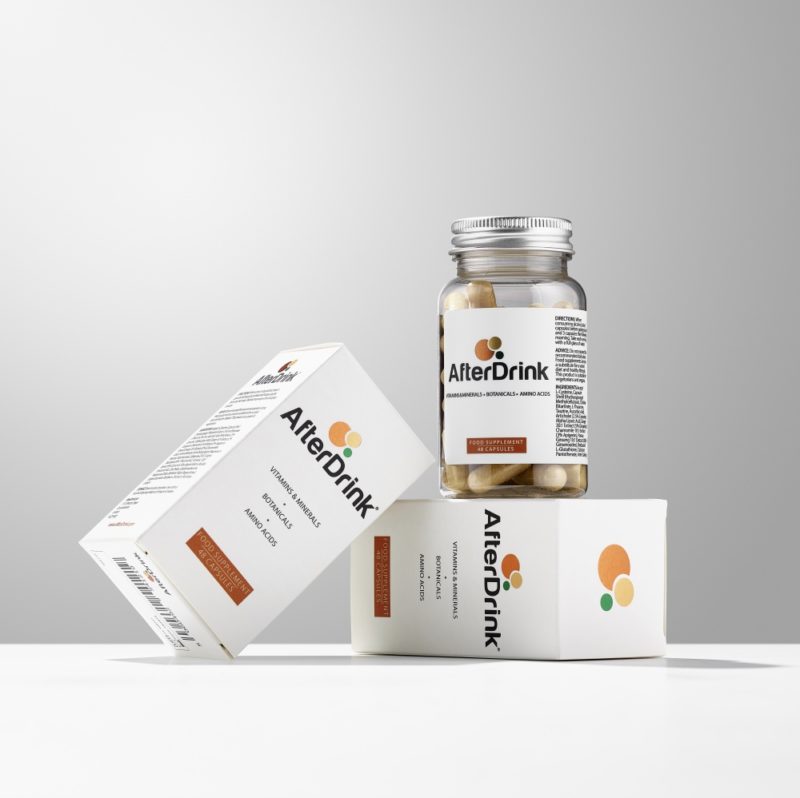 Alongside taking AfterDrink, we kept our usual hangover prevention practices. This included eating before going out and keeping well hydrated with regular drinks of water between alcoholic drinks.

Let’s be honest bro, if you’ve had 10 drinks on a night out, on an empty stomach and haven’t had a sip of water all night – nothing’s going to help your hangovers.

We tried AfterDrink on a few different occasions and drank the equivalent of 5 glasses of wine or beer each time. And it’s fair to say, we noticed an improvement in our hangover symptoms.

Energy levels – Nights out usually end with late nights, so energy levels are guaranteed to be low. With AfterDrink we felt we could get out of bed in the morning instead of lying under the covers avoiding the day.

Nausea – This is the area we saw the greatest effect. We could really feel the difference ginger made and none of us who trialed AfterDrink felt nauseous the next day. Normally we always get at least some hangover sickness.

Concentration – We can confidently say our concentration levels were improved and felt more alert compared to usual. We still had a degree of brain fog and weren’t on full form, but we guess that’s to be expected with the lack of sleep.

“The Shakes” – We still felt a little jittery the day after drinking but overall the impact was less.

Overall, we would say AfterDrink certainly took the edge off our hangovers. We felt more alert and functioned better throughout the day. Some bros even went to the gym the day after drinking, which we found impressive. 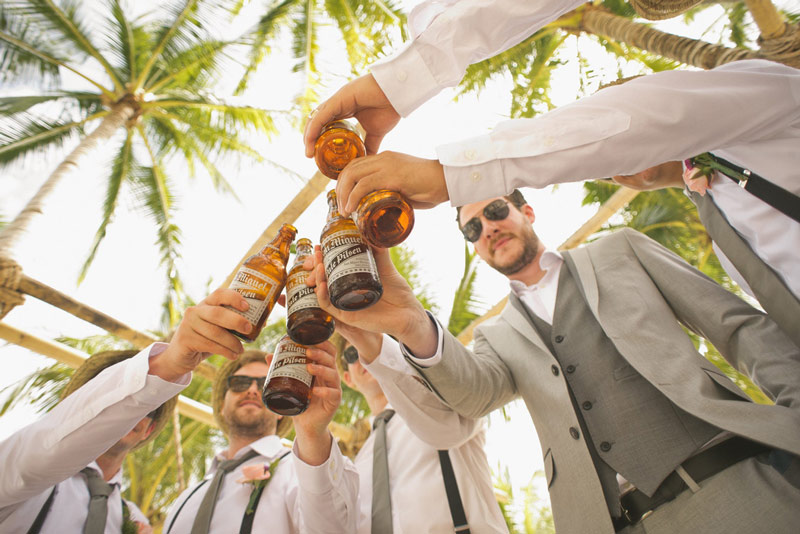 What are the main Pros & Cons of AfterDrink?

Anything Else to Consider?

Bro, there’s no such thing as a magic “hangover cure” that will take away all your hangover symptoms. Hangover supplements can take the edge off your symptoms to a certain degree but won’t take it away completely.

Always remember to eat before drinking alcohol, drink plenty of water before bed and avoid mixing drinks. Add in a hangover supplement to really boost your chances of beating the worst hangovers. 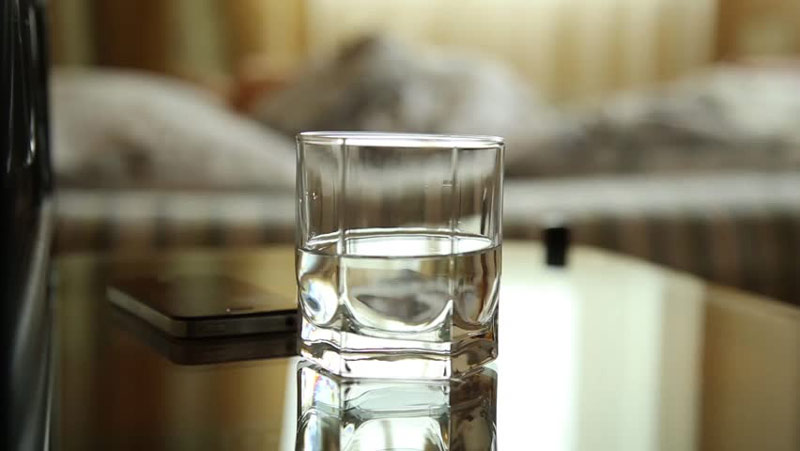 We’ve been pleasantly surprised by AfterDrink. Initially, we weren’t expecting much because hangover cures can be a gimmick. But AfterDrink is the real deal with good ingredients that are backed by science.

We noticed the results more after we stopped our trial and went on a night out without taking AfterDrink. We had almost forgotten how bad hangovers can get.

Don’t get us wrong bro, it’s no miracle cure. But it made a big difference to our hangovers. This was more than we were expecting so overall, we were pleased with the results.

To learn more about AfterDrink, you can visit their website at www.afterdrink.com

Pre-Workout Side Effects (How to Best Avoid Them) 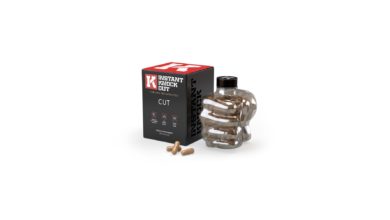