Creatine is one of the first supplements you hear mentioned when it comes to discussions around strength and muscle growth in the gym.

As a bro you’ll do anything to get that extra kick in your training. If its adds muscle bulk, throws a few pounds on the bar and helps to get you into the bed of a blonde dancer named Candy, you’re in. And we don’t blame you.

Lifting heavy and getting vascular as fuark… that’s the game right here. And if you’re a real bro you’ll understand. Listen, if you’re still into weightlifting gloves and can’t squat without a pussy pad on the bar, this isn’t the place for you.

But if you’re a lean, keen, jacked machine and swole is your goal, check out our honest guide to creatine…

This is what you’ll learn:

What Is the Function of Creatine?

As a nitrogenous and organic compound, creatine (Cr) is made up of three amino acids – glycine, arginine and methionine.

It’s is a non-essential nutrient, meaning your body can create its own creatine. It’s produced it in the liver (around 1 g each day), and then 90% of it is stored in skeletal muscle tissue. The rest is kept in your brain, liver and other internal organs.

If you’re a meat eater you get another gram or so of Cr from your diet. This is enough to maintain health. But if you’re vegetarian or vegan you probably don’t get enough.

What does creatine actually do bro? Hit me with some science…

Creatine has one very specialized role – to recycle adenosine triphosphate (ATP). This molecule is important as it’s the only way your body can use the energy it gets from food.

Imagine going to the local supplement shop in Detroit and trying to pay for a tub of protein with a German Mark or a Belgain Frank. The dude behind the counter would think you’d gone crazy.

“Yo, you need to need to pay with US Dollars my man”.

ATP works like a Dollar. It’s the only ‘energy currency’ your body can use and that’s why it’s so important. There aint no currency exchange inside your cells.

The importance of ATP and human movement

Through natural production and a healthy diet you can store around 80-100 g of ATP in your body at any one time.

When you do, your ‘physical activity battery’ is fully charged.

But each time you move, lift, run, f*ck or fight you use that battery juice up.

And then your body needs time to make more ATP and recharge. Your body is always in a constant battle between using ATP and generating more of the energy-giving important molecule.

80-100 g is only enough for around 3-4 seconds of intense physical movement. After that, without a way to regenerate ATP, you’d just die. Because without your energy currency there’s no other way to get energy.

Bro fact #123: The third stage of death is called rigor mortis. It’s when you’re lifeless corpse goes rigid due to a lack of ATP in muscle. You better hope someone cleared your internet history bro.

So there’s got to be a way of making more ATP. And that’s where energy ‘systems’ come in…

Bro, we know we’re hitting you up with some long words so far. But stick with us as you need to know this stuff to create the gains. This is the important bit…

In order to keep making ATP for energy, your body relies on 3 different energy systems.

How do your energy systems work?

Your energy systems work together to make sure you’ve always got as much ATP as possible running through your muscles. And dependent on how fast you need ATP is which energy system does the most work.

During very high to maximal activity, your CrP energy system takes over.

The demand for ATP is faster than your body is currently supplying through your aerobic energy system and the CrP system is the fastest at giving you energy.

It muscles past aerobic energy production and saves the day in superhero-like glory.

Here’s why ATP can be generated so fast with creatine.

ATP can be made with CrP much faster than any of the other 2 energy systems. That’s why creatine is useful in high-intensity exercise as it basically helps you work harder for longer.

Types of activities that the creatine phosphate system is involved in include:

But remember; you only store around 80-100 g of creatine in your body. And you’ll soon run out of creatine. And when you do, your ATP stores will also run low.

Guess what bro? You can no longer train at full intensity… and once creatine stores have gone you’re slowing down.

All in all, you’ll be able to work at your absolute max intensity for around 10 seconds before your ability to make ATP at that speed runs out…

Unless there’s a way to get more creatine in your body!

The Benefits of Creatine – Strength, Power and Muscle Growth

Supplementing creatine helps you make more ATP before stores run so low that you can’t maintain high-intensity work any longer.

And that’s an important benefit for anyone wanting to gain that extra edge.

As one of the most researched supplements in the world, creatine has been shown to boost sports performance in a number of studies.

For example, a review in Molecular and Cellular Biochemistry found that creatine was ‘generally effective’. The paper reported that when Cr was used, 70% of athletes improved performance… and 30% didn’t.

And another review suggested that creatine supplementation of 20 g each day (short-term) or 5 g per day (long-term) led to improvements in strength, power, sprint performance and maximal effort muscle contractions. 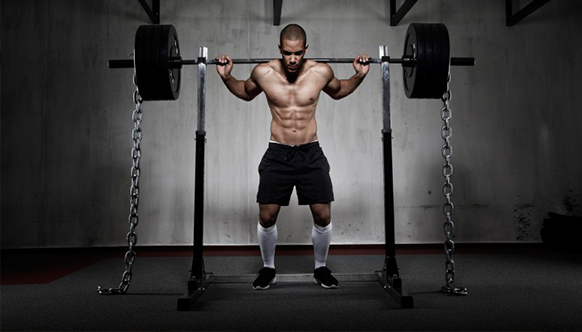 There aren’t actually many supplements that help you build muscle. Testosterone boosters offer a powerful stimulus for anabolic hormone production and therefore top our list of muscle building supplements.

But other than that, supplements such as BCAAs and HMB are more or less useless.

Because of its molecular structure, creatine draws water into muscle cells, helping to increase them in size and volume. It might also trigger growth hormones too that also help to make muscle grow in size.

In other words, creatine can help you get jacked.

One study found that creatine was an effective muscle builder in those that were responders to the supplement.

However, not all studies have found that creatine builds or even preserves muscle mass. A paper published in Sports Medicine found no difference when Cr was supplemented in a group of healthy men.

Around 70% of bros will respond to creatine. 30% will be left disappointed. If the supplement works it’ll improve your strength, power output, muscle mass and overall athleticism. But some studies have found no benefits. 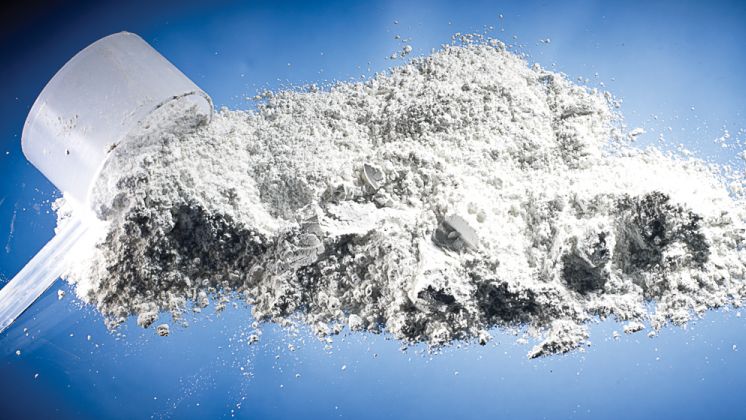 Not all Cr supplements are built the same. Some are cheap and cheerful and others take the expensive designer supplement route, cashing in on eager bros who want the very ‘best’.

Here’s a run-through of the most popular kinds you find on the shelves of supplement stores.

The most popular and affordable source of Cr. Some would say it’s the original and the best. Practically all studies use this form of supplement for research due to its cost and the fact it has high purity.

However, it’s not very water-soluble and can result in gut-wrenching sh*ts. For some, it’s the supplement equivalent of a bad kebab from the dodgy take out on the corner.

Not everyone responds to monohydrate either. And some manufacturers throw out products with fillers and all kinds of stuff in there too, lowering its quality.

CEE is creatine with the addition of an ester – an organic molecule that’s formed during reactions between carboxylic acid and alcohols.

Sound complex bro. And it is.

But all you need to know here is that with an ester as its sidekick, CEE is more easily absorbed and practically everyone responds well to supplementing it (in other words it doesn’t pass right through).

The problem with ethyl ester is it tastes like hooker ass. Like, a week old dead crack whore hooker’s ass too. Some say it even tastes like batteries (which strangely, is what hooker ass actually tastes like. Trust us, we know bro).

It’s also expensive ass at that too. And will bite into your supplement allowance much more than other types of Cr.

Practically the same as Cr monohydrate, micronized creatine is cut into smaller particles (not quite credit card on a mirror, but not far off) which increases its surface area and both bioavailability and solubility.

You’ll find that micronized is more expensive than standard monohydrate and requires a ‘loading phase’ where the first few days see you quadruple the dose to saturate your muscles.

There are also what feels like hundreds of other types of creatine available too. These include citrate, buffered, tri-creatine. liquid and conjugated.

For the most part though these are just fancy versions of simple monohydrate created for hipster bro who don’t want to use the tried and tested stuff.

There are loads of different types of creatine, each with its advantages and disadvantages.

All Sounds Good… But What About The Side Effects?

The concept of Yin and Yang suggests that all things have both a light and a dark side.

Creatine is no different because while it might offer some benefits, it can also provide side effects.

It’s not a dangerous supplement and safe for many lifters. But here are the most common complaints reported from bros who’ve added it to their stack…

Chances are, creatine use will lead to some non-serious side effects. Most people put up with them but the stomach pains often get too much.

Okay bro, that’s a lot of side effects. But I can deal with those

For sure. As a hardcore lifter, nothing’s more important than gains. And if sh*tting your pants doesn’t put you off creatine that’s cool.

But there are also a number of more serious side effects you need to know about too. They don’t happen often, but when they do you’ll know about it.

In some rare cases, creatine supplements can damage your kidneys and liver.

Summary – Should You Take Creatine Bro?

Like anything, that’s up to you. The fact that you read this article shows you’re already to weight up the pros and cons of creatine supplementation.

For the most part, Cr is a cheap supplement that works for most people. But even then it comes with a number of annoying side effects.

Some dudes don’t feel any benefits at all and are simply ‘non-responders’. And if you’re a meat eater you might not even need it.