Who could’ve thought that someone could dominate 7-time Mr. Olympia, Arnold Schwarzenegger? Well, it has already happened and you wouldn’t believe who it is.

I had this idea that Arnold has never been beaten in any bodybuilding show until I came across this natural bodybuilder who dominated him.

Arnold had to lose quite a few times during his bodybuilding career and one of those losses was to the Chet Yorton. Here is a video that explains who Yorton was and how he dominated a beast like Schwarzenegger.

Chet Yorton is known as the Father of Natural Bodybuilding. He was born in 1940. Unfortunately, he got involved in a car accident straight out of high school that badly cut his left eye through the eyeball. Not only that, his left forearm, from elbow to wrist, was badly cut, his hips were dislocated and his femurs were shattered. 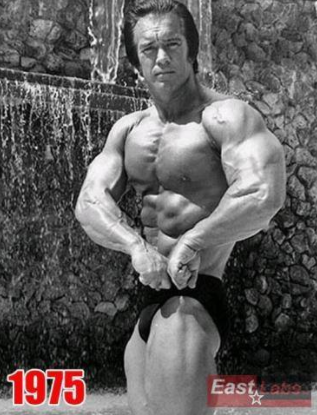 The leg injuries were so bad that doctors were thinking about amputating the right leg but Yorton wasn’t ready for this. He ended up having a steel plate around his right thighbone along with a steel rod inside his femur bone of the left leg. He was moving around with the help of crutches and much worse, he fell down the stairs after he lost his balance that again injured his left thigh.

After that, he went through a surgery and spent 4 months in a wheelchair before he was finally able to get around on crutches.

However, when he was still in the wheelchair, he noticed a set of dumbbells in the corner of a room at the hospital. Before this, Yorton has never touched a weight. At that time, he asked doctors if using weights can help him in his recovery and approximately seven months later, he was 55 pounds heavier. 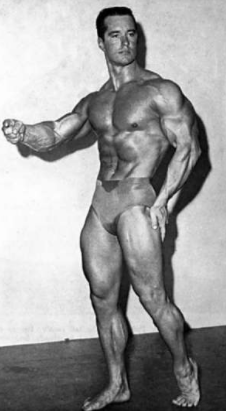 At that time, Yorton started to train seriously and after two years of consistent hard work, he competed in a bodybuilding contest in 1960. Astonishingly, he won the IFBB Mr. America and NABBA Amateur Mr. Universe titles in 1966 and NABBA Pro Mr. Universe in 1975.

It was the victory of 1966 NABBA Amateur Mr. Universe content where he dominated the king of bodybuilding, Arnold Schwarzenegger.

Being known as the Father of Natural Bodybuilding, Yorton was against the use of Steroids. Interestingly, in 1964, four years after he started to lift weights, he came to the knowledge of steroids. 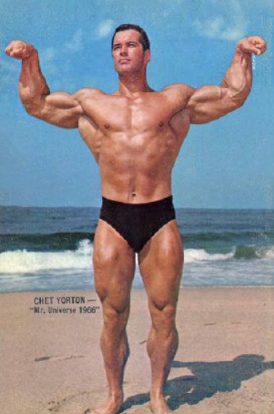 Like many of us, Yorton was also tempted to use them but he talked to a doctor who told him about the side effects like gynecomastia, impotence, hair loss, headaches, the risk of heart disease and acne along with high bloodpressure, liver problems, kidney problems, and stunted growth. 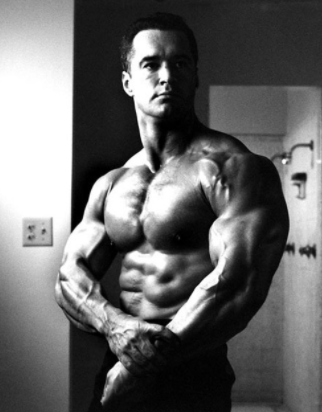 At that time, he started speaking against the use of steroids. In 1975, he also launched Natural Bodybuilder’s Association (NBA) and it was known to be the first federation that tested for drug use in competitive bodybuilding. Later on, in 1981, he also started a publication called Natural Bodybuilding. The sole purpose of this magazine was to provide exposure to bodybuilders who never used steroids. Along with that, this magazine also served information on the dangers of using steroids.

Well, that was a short introduction about the legendary bodybuilder who dominated Arnold. Tell us what you think about his body and how much impressed you are.

Use Time Under Tension for Serious MASS