Think back to the last pre-match NFL hype video or UFC embedded you saw. No doubt you witnessed world-class stars explosively sprinting with hulking sleds stacked full of high heavy weights up front. Are we right? Of course, we are. Because the Prowler push is one of the most primal, yet popular tools used for strength training, sports performance, and fat loss today. Here’s why…

Article Brodown – Everything you need to know about the Prowler push

There’s nothing new about the Prowler. For millennia we’ve been pushing heavy sh*t with nothing but our powerful bodies. It was the only way we could move loads from A to B, build mighty pyramids, and somehow erect Stonehenge. Okay, maybe physics helped, but let’s not overcomplicate it. The point is pushing is a very humanistic and alpha-male movement to master.

However, rather than a rock or car, trainers today have their athletes propel a proper Prowler sled. Not to be confused with the type used in traditional sled training, the Prowler is a large platform that can be stacked safely with heavy weights. The smooth flat feet mean it can be pushed comfortably across level surfaces, but only if your strength is worthy of the task. 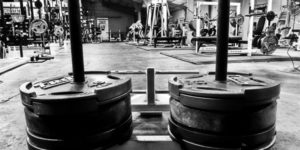 What separates a Prowler from your stereotypical sled is its specialism. On the rear, you’ll find two vertical poles, perfect for grabbing ahold of at any height. These poles are awesome as they change the overall angle of attack for athletes, moving the emphasis across different muscle groups.

Plus, on the front, you’ll often have a second set of handles set down low. Most Prowlers also have space for attaching a rope, so it can be pulled or facilitate resistance sprints. 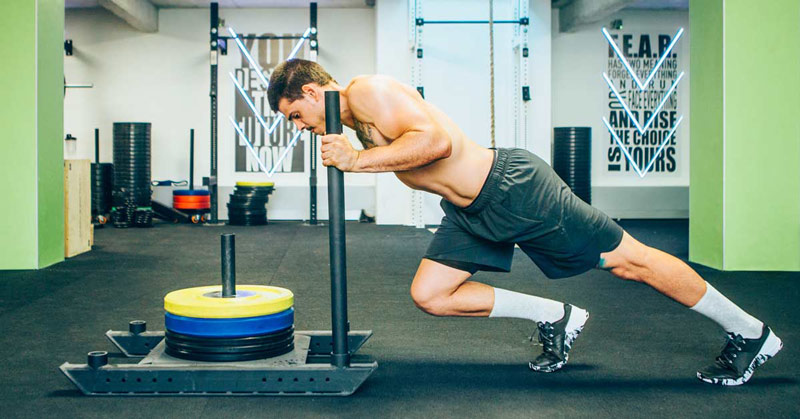 What is a Prowler Push?

Grab and push. That’s the complete bare bones of shifting this brute, bro. You take hold of the handles, set your body in a strong powerful position, and use your leg drive like a normal sled push to propel the Prowler forward.

However, the intricacies happen once you start altering the angle of attack, weight, and effort with which you drive. A solid Prowler push will work almost all the lower and upper body muscles, activating the legs, biceps, pecs, lats, traps, core and lower back. Did somebody say full body workout, bro?

Because there are so many possible ways of approaching the Prowler, it’s a seriously versatile piece of equipment. In the right hands, it can provide everything needed for a solid strength session or fun HIIT finisher.

One of the many upsides of Prowler pushes is that they have similar lower body mechanics to running. So rather than wreck your knees pounding the pavement, you can load up the sled and shove that instead.

Go all-out in 15-yard dashes to add resistance to your sprint workouts or grind out a longer distance with lighter loads for endurance. When it comes to Prowler pushes, you’re only limited by your own creativity. 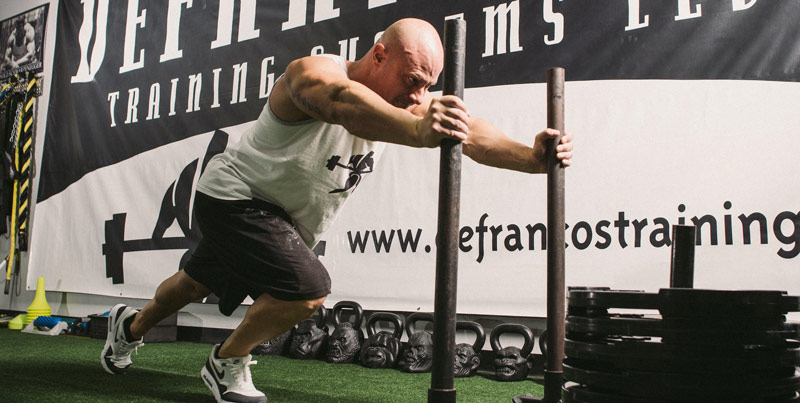 When we train for strength we’re not interested in muscle pump or killer cardio sessions. It’s all about pushing as close to our maximum possible load as possible and pushing our body to the absolute limit. There’s a reason people hide on the treadmill, and that’s because strength training is tough.

Our objective isn’t to move massive distances either. Aim for around 10 – 30 yards for each individual Prowler push and then rest. When building strength, it’s important that we give our bodies proper time to recover from the serious stress they’re suffering.

Kick back, reclaim your breath, and use active recovery to get ready for your next rep. Two to three minutes should be enough time to get you back in the game, bro.

Go for five pushes in total as heavy prowler workouts take their toll. If you’re going close to maxing out five should be enough for you to break a serious sweat anyway. Only you know how hard you’re hitting each rep, so be honest if you wanna get strong as fwuark.

Each step needs to be ignited by fuel to make the muscle magic happen. So, by pushing the Prowler we’re tapping into calories trapped inside our body for energy.

Historically we’ve always thought of fat-loss as being a long slog of endless hours on the treadmill. Double that with salads for every meal and you have a recipe for boredom, wasted time, and even muscle damage. We’re here to tell you to forget that useless notion and hit Prowler HIIT sprints instead.

Studies have shown that High-Intensity Intermittent Exercise is much more effective for fighting fat than steady state cardio [1]. Therefore, you don’t have to lose days to damaging ‘fat burning zone’ workouts. All you need is 10 to 20 minutes for a blasting Prowler sprint session to achieve your shredding goals.

Just load up, set your body in a safe position, and push as hard as you can. Then, once your rep is complete, rest for 30 seconds before going again. If your heart-rate is elevated above 80% you’re doing it right – so keep it up there.

Plus, HIRT (High-Intensity Resistance Training) has been proven to elevate resting energy expenditure [2]. So, once you’ve completed that short sprint or strength session, you’ll burn more calories whilst resting than if you did on a boring slow trudge on a cardio machine.

Then, on top of all that, you’ll also experience the added benefit of EPOC (Excess Post-Exercise Oxygen Consumption). This means that even long after you’ve left the gym, you’ll burn more calories whilst reclaiming homeostasis after a high-intensity workout [3]. 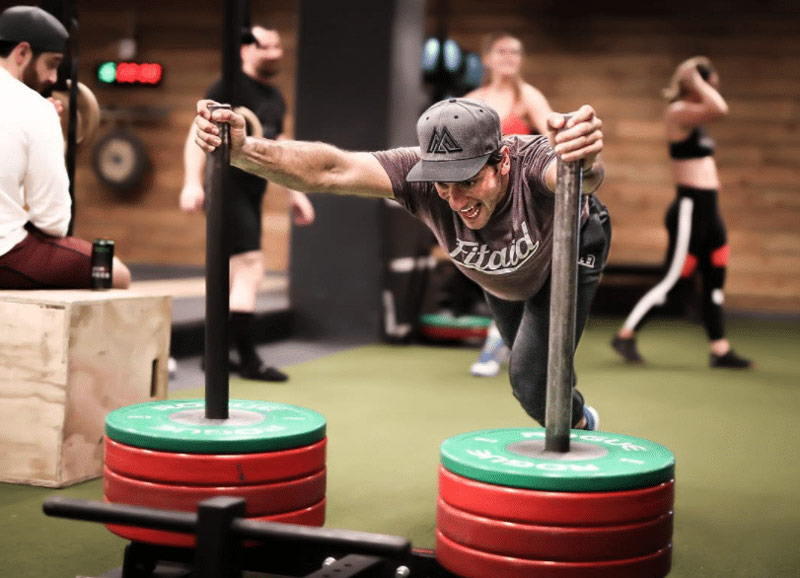 How to do it

Now you know what to do, it’s time to learn how. What we’re gonna look at here is the standard Prowler push variation to get you started.

You’ll need a Prowler, a flat durable surface, and weights to load the sled. If your gym has a dedicated turf for sprinting and drilling, get that sucker thrown around there.

Alternatively, an outside area such as a track and field space will do if the ground is even. You can even push the Prowler on grass for a punishing lactic acid inducing burnout. 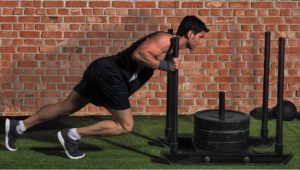 Hungry for more muscle building knowledge, bro? We’ve got you covered with these:

Pack on Muscle with the German Volume Training Method