Bro, if you’re scared of tough workouts turn around now. What we have here is a hardcore training system reserved only for dedicated lifters. German Volume Training is a tried and tested method for building stacks of thick, lean muscle, but it ain’t easy. If you’ve got the guts to stick it out, you’ll be the envy of all the other bros with your lightspeed growth. Let’s do it!

The German Volume Training method was first made popular stateside in the 90s by the late Charles Poliquin. Blown away by the progress of German weightlifters, a young Poliquin traveled to the National Training Center in Leimen to find out firsthand how they did it.

Whilst there the future legendary strength trainer spoke to the German national weightlifting coach Rold Feser. According to Poliquin;

“Feser explained how they would do periodization with ten sets of ten, ten sets of five, and ten sets of three. They were big believers in the law of repeated efforts: one of the reasons people don’t get strong is because they simply don’t do enough sets.”

German Volume Training is a short and intense system. Rather than following a fluffy little program for months at a time, you go all in for a few weeks before tapering. Then after completing both phases, you’ll typically wait at least six months before smashing them again.

That’s because GVT was originally designed for elite weightlifters who were training out of competition. The main objective was to pack on quality muscle during the offseason.

Poliquin himself claimed GVT was so efficient that German weightlifters often moved up an entire weight class. What makes things even more impressive was that they did it all in just 12-weeks. Note we’re not talking about a fat-ass dirty bulk here, no way bro, just pure lean mass.

How GVT works for Hypertrophy

Before we get started let’s get one thing clear. Although German Volume Training was originally developed in the 70s alongside weightlifters, it won’t make you better at Oly lifts. The system wasn’t necessarily designed to make these athletes better at weightlifting itself.

However, if hypertrophy is your bag you’re in for a world of gains. Check out this in-depth guide to hypertrophy for more info on the science.

GVT’s primary objective is to build pounds of lean mass in the quickest time possible, explaining its popularity among bodybuilders. Iconic trainer Vince Gironda developed an almost identical method for his students.

German Volume Training works by targeting groups of motor units. By hitting them hard with a lot of volume that they have no choice but to adapt. We’re not talking about your puny bro-split, but a beastly 100 reps of compound lifts.

To handle the incredible stress the body responds by hypertrophying any affected muscle fibers. Poliquin said he saw gains of 10 or more pounds over six weeks, even in experienced lifters. 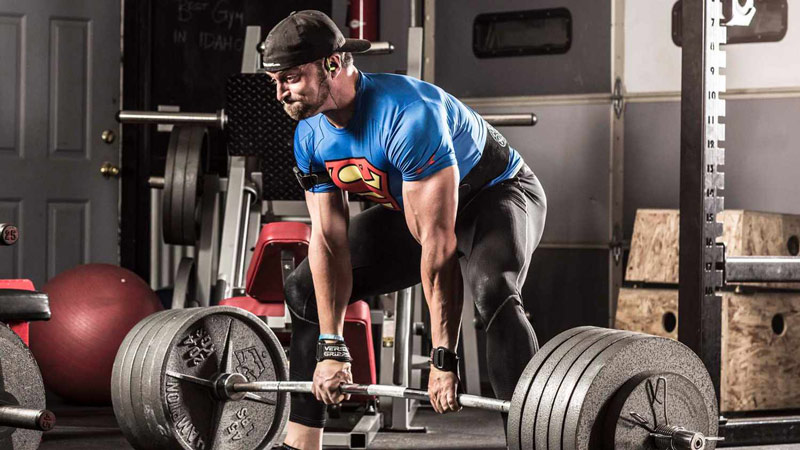 What you need to do

Fundamentally, you’ll be nailing 10 sets of 10 reps using the same weight. When starting out you should lift a load that’s suited for 20 reps with the final being to failure. Alternatively, calculate 60% of your 1 rep max and use that – for example 126 lb if your maximum bench is 210 lb.

Don’t be fooled and start creeping up the numbers before you start bro. Find your weight for each exercise and stick to it. What seems easy for the first three sets will thrash the life out of your limbs by the last.

Only once you’ve completed every single set with good form should you step up the load. When you do, go for a small 4-5 % increase. (Note: It’s totally normal not to be able to finish every set. Just destroy every rep you can then rest for the next one.)

You’ll smash four exercises over two supersets for this program. So, the first superset will be completed at 10×10 and then the following superset at 3×10. In theory, your workout should look like this:

Every single exercise should be selected with your goals in mind. As athletes, we want to squeeze every last drop out of this taxing high-volume system.

Poliquin recommends choosing movements that recruit a lot of motor units such as compound lifts. For example, think squats and bench presses over leg presses and calf raises.

German Volume Training also adopts antagonist pairing. So, you want to make sure you’re switching between opposing muscle groups i.e. biceps and triceps in your supersets. Because of the immense volume of the work one exercise per body part is enough, trust us.

Here’s an example session constructed by Charles Poliquin himself: 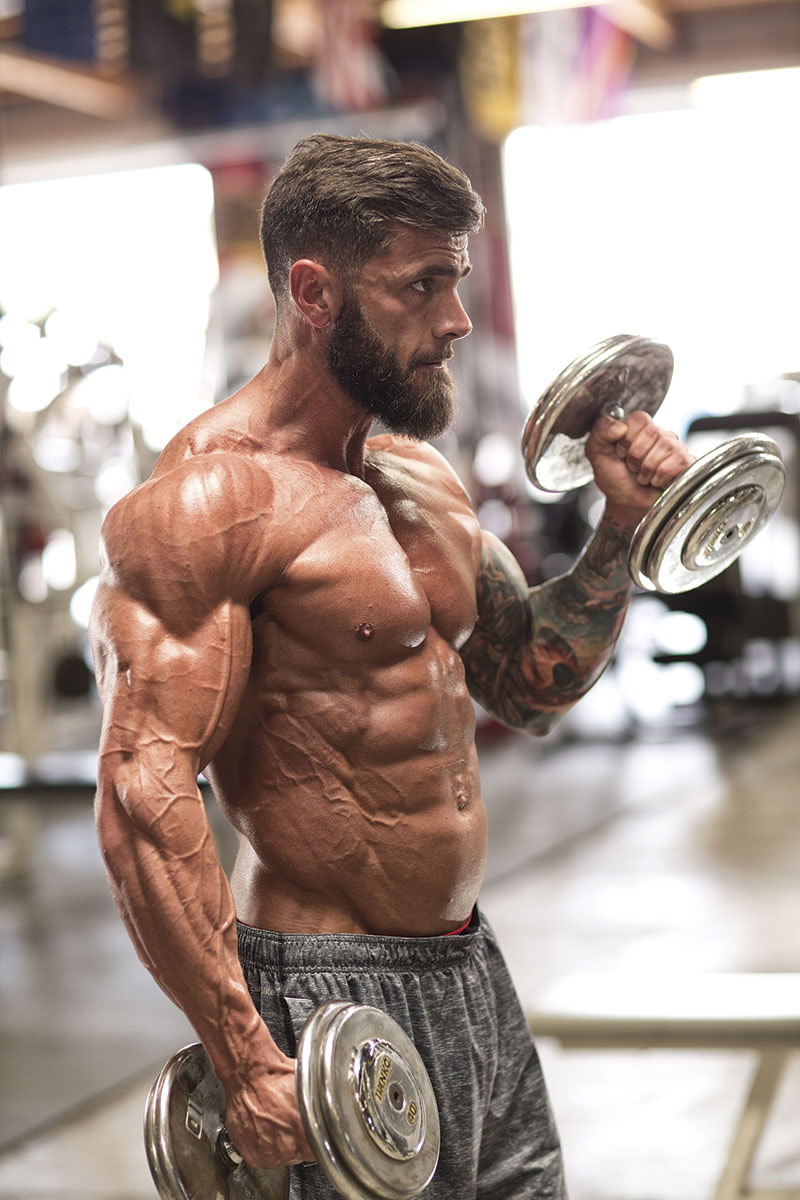 German Volume Training is typically performed over a five-day split. Success has been seen using three days on, two days off, so we recommend this approach.

The entire program should be split into two phases. For the first phase, you’ll be hitting 10×10 in an A1/A2 pairing like the example above. Then after that, you’ll nail phase two for 6×10, except this time using a weight better suited to 12 reps.

It’s ultimately down to you to decide how long each phase lasts. Usually, phase one will last for weeks one to four and phase two for either four to six or five to eight.

Here’s an example of a phase two day taken from Charles Poliquin’s website:

Note: This type of 10-set training is said to have an average “Power Factor Rating” of about eight billion. Therefore, aim to smash one training session per body part every 4/5 days to allow proper recovery.

If you’ve landed here as a bodybuilder you’re probably used to taking shorter rests. However, with German Volume Training, you need to rest for a minimum of either 90-120 or 60-90 seconds depending on the exercise.

For A1/A2 movements a longer rest of 90-120 seconds is vital. Science has also shown resting for this amount of time is optimal for both strength and hypertrophy gains.

Post B1/B2 exercises, rest for a minimum of 60 seconds to a maximum of 90. Because you’re not hitting as much volume here there’s no reason to kick back for longer.

To be on the safe sidetrack your recovery time. As the later sets take their toll you might start to lengthen your rest without realizing.

Putting it all together

Phase one should feature six five-day splits in total over 30 days. This will ultimately be your highest volume phase where you’re hitting those big 10×10 lifts. In total, each workout will see you tearing apart 200 reps of main compound lifts, followed by 60-72 reps of others. That’s 272 potential reps, bro.

Understandably, this kind of immense volume is going to take some time to recover. Therefore, you should take on a lighter three-week program of six to eight reps over four to six sets per muscle group. Staying active in these three weeks will save you from losing any gains whilst still allowing space to recover.

Once the 21 days are over you’re ready for phase two. Now you’ll still be doing 10 sets, except with six reps, not 10. If you’re hitting six reps every set like a boss, it’s time to step up to heavier weights. Employ progressive overload and watch those muscle bellies swell bro.

Remember when we told you this program wasn’t for p*ssies? Yeah, well now you see why. It’s not advised that you try German Volume Training more than once or twice a year, unless you’re a grizzly bear or T-rex.

As probably a regular stacked AF animal, bro, hear Charles Poliquin’s warning. The iconic strength coach told interviewers you must get your sleep and diet nailed to achieve any kind of GVT success. Then once your four-week blast is over, lower the intensity and allow that newfound mass room to recover.

German Volume Training is an intense system popularized by the late great Charles Poliquin. Originally developed in the 1940s, and seeing a rapid rise in the 70s, GVT was first used to stack quality muscle on Olympic weightlifters in Germany.

Often known as the ’Ten-Set Method’, GVT became popular in the U.S. after Poliquin spread the word during the 90s. Since then it has become infamous for delivering incredible hypertrophy gains and being outright brutal.

Just to clarify, German Volume Training isn’t for everyone. But if you find the grit, guts, and determination to get through it you can stack serious slabs of monster muscle. Stick to the program, work hard and pull in gains like never before.

Mad for more muscle building knowledge, bro? Smash a set of these:

3 Essential Exercises for a Stronger Lower Back