Read these unwritten gym rules and stop being the local gym douche bro.

The iron house is a place of worship. For some that means a daily prayer to the Gods of gains. For others, a ritual incantation of aesthetics.

But no matter what you’re reason for entering the dojo of jacked disciples, one thing’s for sure – it’s about respect.

If you’re concerned that you’re noob status puts you at risk of breaking some unwritten gyms rule or you’re wondering why stares from your fellow bros are burning a hole in the back of your head, you need to read this.

Yeah okay, the gym can be pretty intimidating if you’re unsure about the ins and out of it all. But a real house of steel is no place for beta male pussies. You have to deserve to train at the best places…. and that means sticking to the rules.

Etiquette, bro. Use it.

There’s no finer game than picking up heavy things and putting them down again. The clanging of steel, the bending of bars. The ferocious grunting of dudes repping out soul-destroying sets. Camaraderie and respect.

The gym has it all.

There’s a social order to it all. Much of which is written in the rules of the gym itself. You know the kinds of thing – pay your membership on time, wear appropriate clothing and don’t stink like a week old dead crack whore.

There are a number of unwritten gym rules that all good lifters abide by too. They’re part of the whispers that come with experience and knowledge and aren’t in any rule book.

If you want to mix it with the big guys you’ll have to learn them real quick. Because if you break them, they’ll break you. Literally. 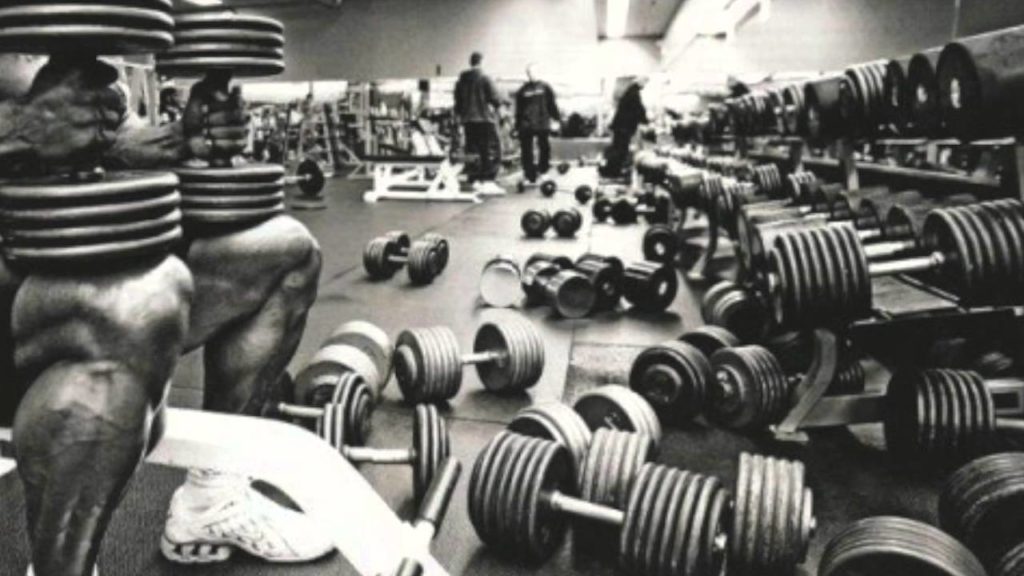 The gym is a ritualistic playground for the alpha

We all do our own thing in the gym. Routine, ritual and regimented programming are key to great results.

Maybe you’re the guy that does that weird ‘walk in a circle looking mean as f*ck’ thing after each set?

Or you could be the full-kit bro who wears everything from knee sleeves to wrist wraps just to smash out a set of hammer curls?

In the grand scheme of things, no-one gives a sh*t. You do you, bro. That’s cool.

But when you break one of the 5 Unwritten Gym Rules Every Bro Should Know, that’s when things take a turn for the worse.

Check these out. Scribe them somewhere safe… and DO NOT break them!

#1. Thou shalt not lift right at the rack 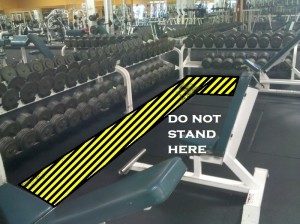 The first ungodly sin on our list of unwritten gym rules every bro should know is standing in front of a full rack of dumbbells to work out.

There’s only one thing more annoying than when some noob has the dumbbells you need. And that’s when they’re using them right in front of the whollleeeeee rack, blocking every other dumbbell from you too.

Seriously, if Peter Griffin was a bro, this would be the thing that grinds his gears.

Look, once you’ve picked up the weights you need, find some space. Use that mushy thing inside your skull and under your snapback called a brain to think it through. Chump.

If you see this happening you have permission to throw the perp straight into a treadmill… head first… that’s moving at full speed.

#2. Put your weights back you annoying piece of sh*t 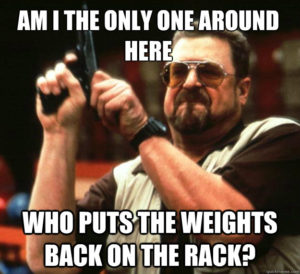 Chances are that our warm up is heavier than your max. But we still don’t want to have to strip the bar you’ve dumped in the middle of the gym

Putting your weights away after you use them is like gym etiquette 101 bro.

It’s the most simple unwritten gym rule to follow.

And it’s dead simple. Leave the weights how you’d wish to find them.

When there’s a loaded bar left unattended and we don’t know if it’s being used or not, chances are we’ll leave it be.

A bro doesn’t strip another bros’s bar and all that.

By putting your weights back you’re telling everyone else that they’re now fair game for whoever needs them.

#3. Interrupt me mid-set and I’ll put you in the ground 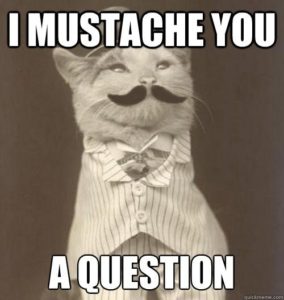 “Excuse me bro, are you using those plates?”

There’s nothing more infuriating than getting asked this question (or any other) after spending the last minute psyching yourself up for a huge deadlift.

Just as you grip the bar ready to put everything you have into your lift, some noob comes and breaks the mood.

If you need to ask a question, wait until we’ve finished out set.

At that point you can ask whatever stupid question you want.

#4. You’re a straight up perve 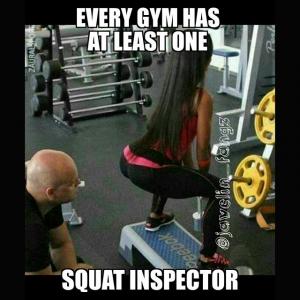 Do we really need to explain this one to you?

Sitting there, rubbing your thighs while you’re sporting a boner isn’t a good look for any bro. You’re creeping out the poor girl trying to hit up that set of Romanian deadlifts by staring at her ass for farrrr too long.

She doesn’t appreciate it and if anything it’ll result in her either not coming back or punching you straight in the face.

The gym is for pumping blood to your muscles, not your dick bro.

There’s nothing wrong with a one-second appreciative glance every now and then. And striking up a conversation with a gym babe is cool if she’s game for it.

But wandering around the gym like a creepy perve in a proverbial mac and sunglasses isn’t cool bro. 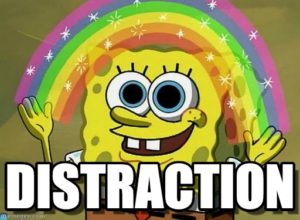 You’re halfway through a set of ball-busting bench presses and are just about at failure point when some jackass decides to pass right in front of you, clipping your legs as he does so.

Chances are, the bar’s coming down hard.

There’s no excuse for poor patience.

The priority is always with the lifter. It doesn’t matter whether you’re in a rush to get to a machine, you’re late for work or the creatine loading has kicked in and you’re ready to sh*t your gym pants – you DO NOT get in a lifter’s space.

Bottom line – stay a safe distance from someone that’s mid-set.

There you have it. By reading this article you’ve qualified for your full-on bro card. Now use it wisely and make some sweet gains.

Hungry for more brain gains? read these next…

What to Eat on Rest Days when Bulking or Cutting