You got your program on lock, you hit your back, your lower body, chest, and arms, things are going well. Maybe you even squat, deadlift, and bench on the regular. So what’s missing from your program?

The athletic benefits of Olympic lifting are second to none. Name some qualities that an athlete may require and Olympic lifts can get you there; strength, power, speed, you name it, Olympic lifts can help you achieve it. Since their introduction to programming for athletes in the 1950’s, high school, collegiate, and pro strength coaches have realized that athletes who Olympic lift, have the ability to succeed on the field or court.

The motor unit is the driver of muscular activity. It consists of one motor neuron, and all of the muscle fibers to which it connects. In some cases this means a few muscle fibers (like in the eye, or your fingers) for small muscular movements, and in other cases this means thousands of muscle fibers. Your body only likes to recruit the motor units applicable for the activity being conducted and for many activities it preferentially recruits smaller motor units. Movements consisting of great amounts of force and done at a high velocity, though, recruit the largest motor units.

Olympic lifts fit the criteria of high force and high velocity, so the hard-to-recruit large motor neurons, actually get trained. This means that in the future you can recruit them for other activities and you get massive improvements that carry over to athletics.

The 2 improvements listed prior all lead to this 3rd fact. Olympic lifts make you better at the important parts of being an athlete. Time after time my athletes have improved their vertical jump, sprint speed (10 yard and 40 yard), and agility measures (and so have those in several research studies). Training explosively, makes you a more explosive athlete, and explosive athletes dominate on the field.

The sport of Olympic weightlifting is filled with physiques that most of us would kill for. Clear for a moment the image of 1970’s era star Vasily Alexeev, because for every Alexeev, there are a dozen Lu Xiaojun’s, and we all wish we could look like Lu.

Don’t believe me, take a look at CrossFit. The athletes competing in that sport have physiques that would make most natural bodybuilders blush. It is no coincidence that Olympic lifts make up a big portion of the programs of top CF athletes. Olympic lifts get you jacked.

Here are a couple of the top physique improvements you might see with Olympic lifts.

The first thing that comes to mind in the development of an Olympic lifting physique is the monster traps that come along with the sport. Back in high school while some guys were toiling over the dumbbells doing 100’s of shrugs, my traps were mysteriously growing. The secret was, of course Olympic lifting. in my 16 years of Olympic lifting, I have never done a single shrug, but my traps still fill out a t-shirt like nobody’s business.

It should come as no secret that the key to making the Olympic lifts go is the squat. Squats are the catalyst that initiate the pull from the ground, and help athletes recover from receiving a heavy lift.

In fact, most Olympic lifting programs feature the squat just as often, if not more so than the competition lifts themselves. When taking part in a program that puts such a high priority on squatting, it is by no accident that your quads begin to fill out all of your shorts.

From the initial pull onward your back is working overtime to keep your body stable and the bar tight to your person. This means that your back gets super strong, and super huge while Olympic lifting. In fact, if you were to ask me to name my number one movement for a thick and wide back, I would suggest a snatch grip deadlift, a staple of Olympic lift programming.

So now that I have you convinced to begin Olympic lifting, you are most definitely asking the question “but how do I start?” While you have heard time and again Olympic lifts take a ton of time to learn, this simply isn’t true. It is true that it takes a lifetime to master the Olympic lifts, but learning the Olympic lifts, and making them a valuable part of your program takes much less time. This is your blueprint.

Start here, this combo will get you performing beautiful lifts in no time. Start with a hang power clean, and when ready progress to the floor. At the completion of every lift, do a full front squat. This combination will have two primary benefits.

The first is a level of proficiency in every single lift. When following each power clean with a front squat, you will be less likely to perform an ugly lift in which your feet jump out extremely wide (the starfish).

The second is the addition of some volume to your training program. No longer are you just doing a set of a couple cleans, now you are adding front squats to every single rep. Prepare for that quad growth my friends.

Use a snatch grip deadlift

Get accustomed to the wider grip of a snatch, by incorporating these into your program. Work on dropping the hips as you begin and on keeping the chest up as you move the bar up your body.

Use your practice doing this deadlift variation to apply to the final movement you use in your addition of the Olympic lifts.

Finally, use the muscle snatch

The muscle snatch is a variation of the snatch movement. The overarching goals of each movement are nearly identical – move the weight from the starting position (floor, hang, or blocks) to overhead in one “continuous” movement.

At exactly the point at which an Olympic lifter would begin moving under the bar, you literally muscle the bar overhead in a slightly shortened pressing movement.

Bringing it all together

While you may have a great program already in place to get you jacked, the Olympic lifts are an opportunity to take performance and physique to the next level.

Bodybuilding VS Powerlifting: Which is Better? 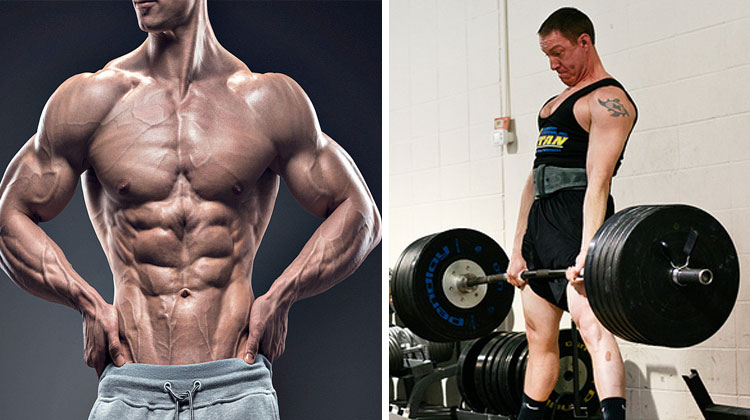 Use Deadlifts To Increase Testosterone 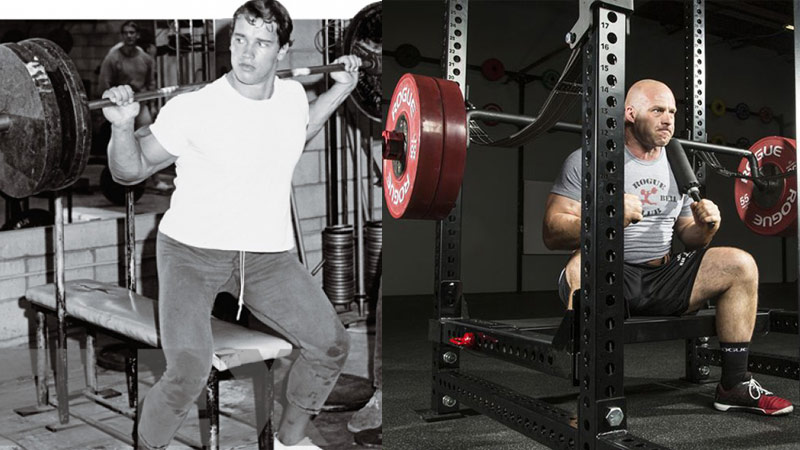 Box Squats: The Why, What and How – All You Need to Know About Box Squats 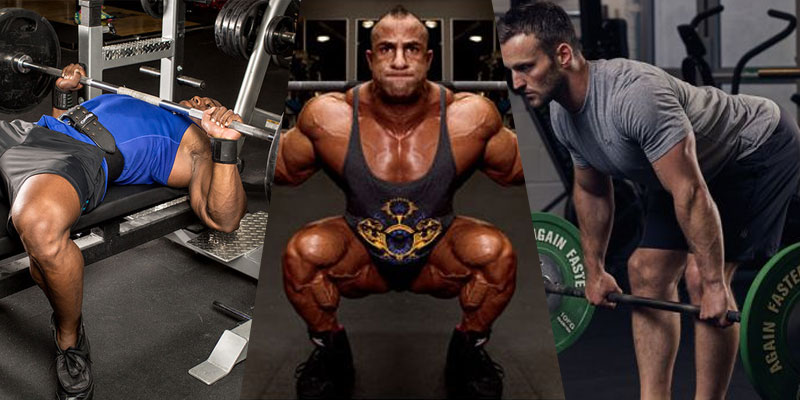 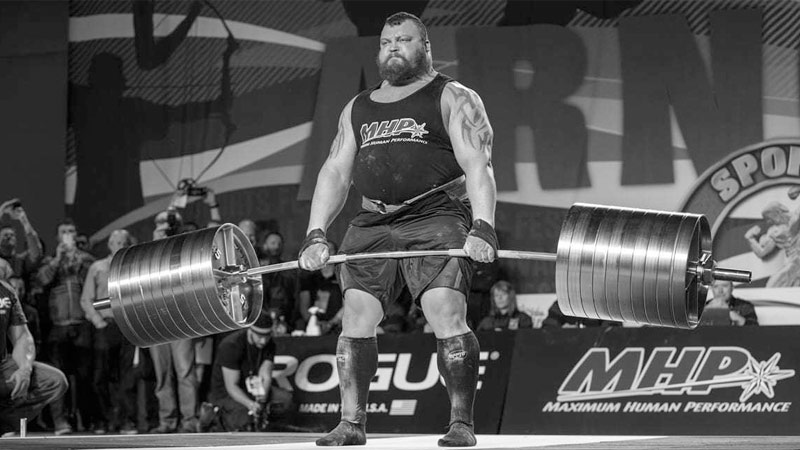 What Muscles Do Deadlifts Work? – 5 Reasons You Should Be Drilling Them 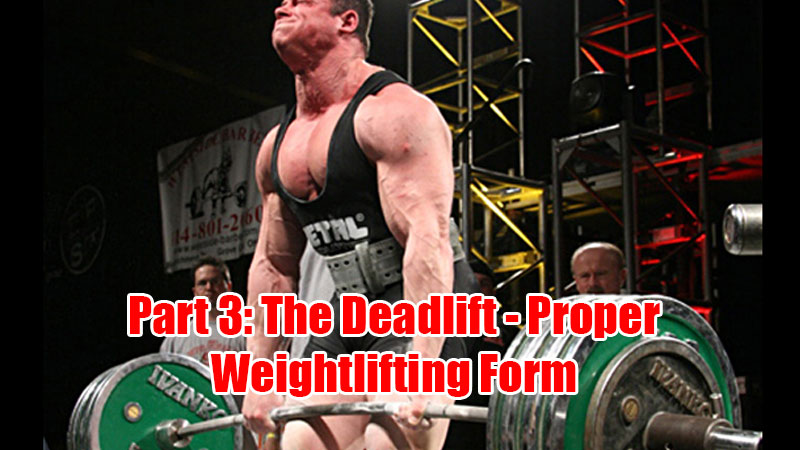 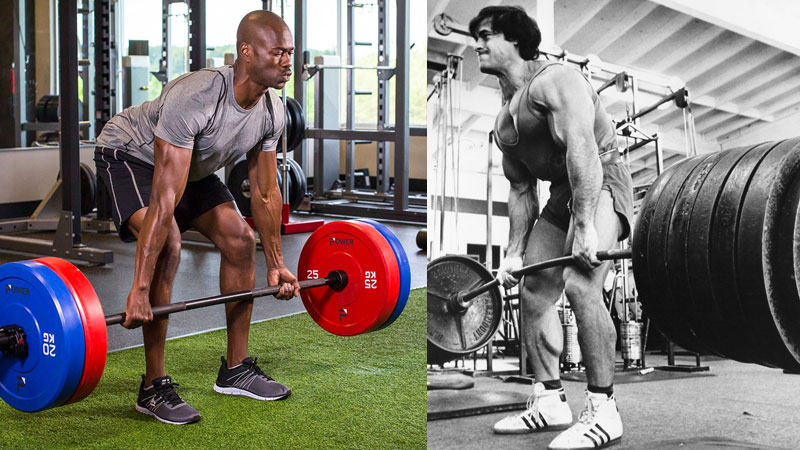