Before Viking warriors joined a crew they had to show their worth. Huge stones would be lifted by equally massive men as a display of strength, power, and masculinity. Today we measure a man’s sheer strength by his ability to bend iron using the deadlift. Here’s a guide to the muscles worked by this primal grip-n-rip maneuver.

Hitting a deadlift is by far the most satisfying exercise a man can do. It’s rudimentary, savage, and down-right alpha. Lifting a heavy piece of metal from terra firma ignites a testosterone-fuelled fire that can’t be subdued.

What more could a dude want than a screaming big f*ck you to gravity? Oh yeah, a full body functional AF exercise that targets almost every single major muscle group. Luckily a ground shaking deadlift can give a man both.

Deadlifts work everything from finger flexors to the glutes. No matter the weight, grip, or set-up, the fundamental idea is the same – everything must act in synergy to drag that sucker to hip height.

If you haven’t guessed SMB are fully behind this highly effective compound exercise. That’s why we’re bringing you 5 simple reasons you should be drilling deadlifts. 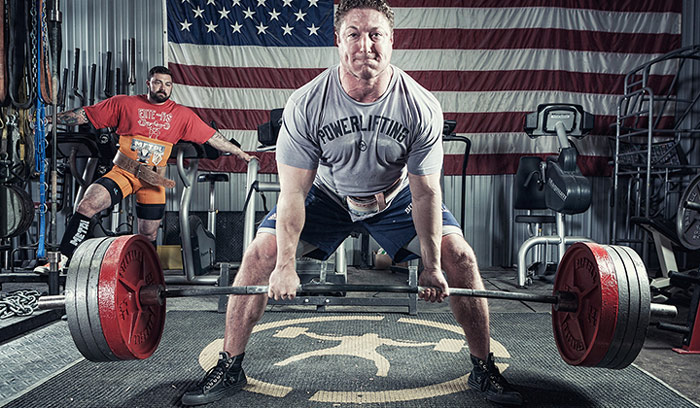 Deadlifts are awesome for building strong and mighty legs. This is because both the posterior and anterior sides are worked, as you transition from hinged hips to a standing position.

Hamstrings play a huge part in extending the hips. Therefore, because the deadlift is primarily a hip-hinge movement, hamstring activity is at an all-time high. The Romanian deadlift variation is especially effective for targeting this meaty area.

During the deadlift, the knee joint must also be extended. This movement is carried out by the contraction of the quadriceps, which are the four prevailing muscles on the fleshy front of your thigh.

So, because deadlifts develop both sides of the legs, use them to forge winning wheels of steel. You’ll be able to push harder, carry more, run faster, and jump higher. After all, that’s why it’s the basis of every single Olympic lift.

Strong powerful glutes are important for all athletes and anyone involved in sports. In fact, they’re guaranteed to set you up for an easier and healthier life.

Whenever you explode into a sprint, stand up from a stooped position, or thrust your hips forward, glute activation comes into play. Because the gluteus maximus is the main extensor of the hip joint, it’s worked heavily during the entire deadlift.

However, glutes don’t facilitate the hip hinge all on their own. Your hamstrings also lend a hand in opening those hips and erecting you into an upright bar-bending behemoth.

Okay, we’ll admit the squat is arguably better at hitting the man-booty. But the beauty of deadlifts is that you don’t need a spotter to take on higher loads. You’d never catch SMB dead taking on a double-bodyweight squat as a lone wolf. The deadlift though, we’re all about that savage scream and lift life. 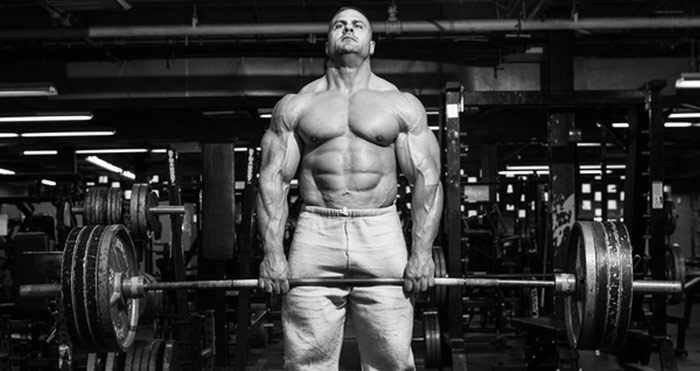 Build a Bulletproof Back

Many bros avoid the deadlift because they’re scared of hurting their weedy, pencil-thin, skinny-boy backbones. Well, we’ve got news for you bro, you’re doing more harm than good.

When performed with perfect form the deadlift is the ultimate way to build a bulletproof back. After a while spent routinely pulling the bar, your erector spinae will become increasingly developed like two thick cables. As the main muscles that extend the spine, it’s important to make these suckers strong and resilient.

Also, for a safe and effective lift, the lats must be squeezed-tight and engaged. Doing this pulls the shoulders back, helping the chest project proudly and keeping the upper body in correct alignment. Who doesn’t want wings like a G-6 fighter jet, come on?

So, whilst it’s never a good idea to lift with your back, you should definitely lift for it. Don’t be a p*ssy, throw some weight on that bar, and get pulling, bro. You’ll thank us next time you try to grab something heavy from the trunk or have to wrestle a hungry bear.

Get a Ripping Grip

Tell us something more assertive and alpha-male than a crushing handshake. You mind if we tear this deck of cards in half while we wait? How about just bend this iron barn nail? Okay, times up, the answer’s nothing.

When your chalky palms wrap around the bar you make a commitment to hold fast. No matter what happens, which volcano erupts, or how many SWAT members kick down the gym door to arrest the weird roidy guy, you’re not dropping anything until the set’s done. Mama didn’t raise no barbell slipping b*tch!

By inflicting so much stress on your grip you’ll naturally force adaptations. Your finger flexors located inside the forearm will grow stronger, developing greater endurance to meet the demands placed upon them. A good way to ensure this is by consistently using an overhand grip.

Bodybuilders and other grip-dependent athletes take note. Greater forearm strength means you’ll be able to hold on for longer. Eventually, that leads to increased gainz or greater success in your sport.

One of the biggest benefits of deadlifting is constructing a concrete core. Forget all about your cute crunches or spine-wrecking sit-ups, the real answer is in picking up heavy sh*t and compound lifting, bro.

Because you’re forced to brace your core muscles the deadlift works them isometrically. Consider how much effort they must put in to keep you braced, balanced and in safe alignment. Yeah, way more than all those superficial ab exercises you’ve been smashing so far, bro.

Once the weight on the bar begins to rise, your core must raise its game to beat it. Otherwise, you’re most likely to fold and crumble like a weakling under the pressure. That’s because the core acts as a solid tree trunk, enabling your limbs to protrude outwards like bone-filled branches.

Think about how many times you need to keep your spine in alignment through the day. Having a solid core can help you stay free from injury when moving bulky objects, maintaining balance when carrying, or even staying upright when hitting a soccer tackle.

So bro, for the sake of your spine and dignity, hit deadlifts on the double. You want to be able to stand strong like a man don’t you? Thought so… 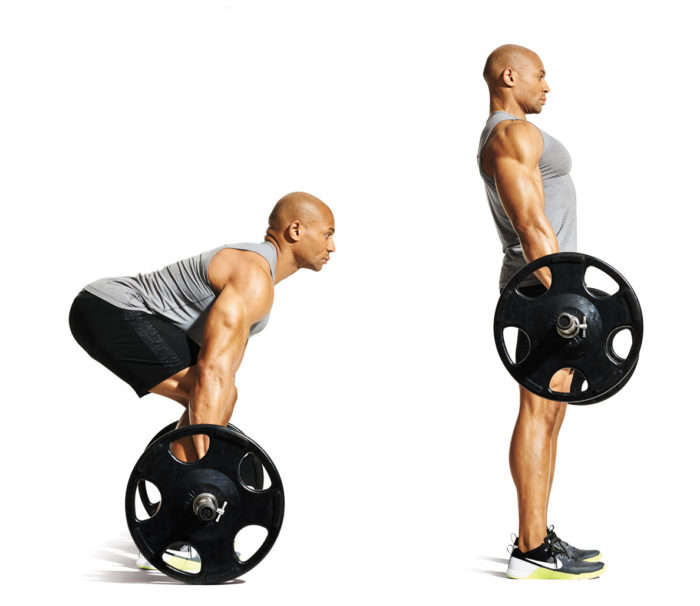 If you weren’t ready to rip the sh*t out of that barbell you are now. You’re pumped on pre workout, beating that chest like an anabolic Gorilla, and chalked up to your ma-hussive traps. 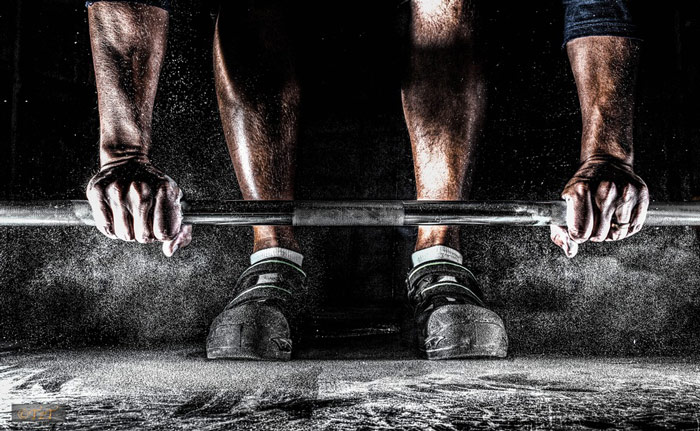 The deadlift is a compound movement, meaning it works more than one muscle. Deadlifts can be carried out with a barbell, dumbbells, kettlebells, a landmine, and even giant stones.

During a deadlift, almost every muscle in the body is activated. Everything from the legs to the core comes into play, making it a great overall strength builder.

Because momentum is not used to move the load, deadlifting is considered a true test of strength. Alongside the squat and bench press, it is considered one of the three big lifts.

When done safely the strength gainz from deadlifting can be incredible. However, hit it with poor form and a lack of respect and it’ll kill you quicker than a T-Rex with Tabasco soaked testicles. Respect the numbers, keep your sh*t tight, and remain focused bro. We personally like to use a high-quality pre workout to keep our head firmly in the game.

If you’re ever in doubt, check out this in-depth deadlift guide. It was written by one of our expert trainers purely to get you swole quickly, but safely too.

Why Xenoestrogens Could Be Wrecking Your Testosterone

Progressive Overload: The Low Down