Progressive overload is the key to developing huge slabs of muscle and brute force power. Follow its rules and you’ll be granted entry to the kingdom of gains, bro.

The best lifters mix attitude, motivation and unbreakable resilience with education. They know that building a base of knowledge is key when it comes to growing jacked muscle mass and bar bending power.

Good training all comes down to basic principles. They’re the meat of a solid strength training program. Without fundamental elements of training you’re wasting your time with the more glittery advanced sh*t that might look good but has little value without the basic core.

Progressive overload is THE most important aspect of training for muscle growth and strength.

The gradual increase in stress placed upon the body is called progressive overload. It’s the key to effective training for both strength and muscle mass. 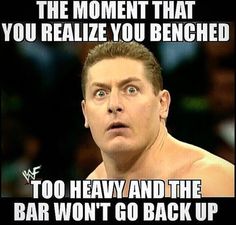 You’re here because you’re in the iron game. Whether you’re a pro card bro or a weekend warrior doesn’t matter. You lift to get stronger, spend hours and hours developing mass and work exhaustively to better the body you live in.

We commend you bro.

What happens to your body when you train all comes down to stimulus-adaptation.

See, when you lift weights you present your body with a stimulus. For example, if you lift with high enough volume you create small tears in you muscle fibers. If you lift heavy enough you fatigue your nervous system.

If the specific stimulus is beyond what your body can cope with, it sets off a series of mechanical and biological events that help restore whatever damage was done and build the body back stronger and bigger.

It ‘adapts’ to the stress or overload placed upon it.

So, what’s progressive overload all about bro?

Carving out muscle mass isn’t all about mind-to muscle connections, blood flow restriction, muscle damage and protein timing. Without the fundamental foundation principles that all good strength programs are built on, these kind of methods are pointless.

Progressive overload is the simplest but most effective principle of strength training. It’s simply a gradual, progressive increase in training stress designed to force your body to continue adapting.

It’s a term developed by researcher Thomas Delorme (the guy that did all of that leg training research on war soldiers during WW2).

Progressive overload is the Atlas of strength training principles. It literally supports every other facet of training, holding all other elements on its back like the main man of Greek mythology did when he held up the sky after Titanomachy.

If you don’t provide the body with a stimulus above it’s comfort zone, it won’t adapt. It really is that simple. That’s why you see guys up in the gym who’ve been lifting the same weights week in week out for years and not grown a fiber of muscle mass.

They’re not challenging themselves enough.

The key to constant progress is to keep making your workouts just that little bit harder each time. You don’t need to be ruthless with your volumes or cripple yourself with load increases; but forcing your body to adapt through progressive overload guarantees results.

Milo of Croton had the right idea… 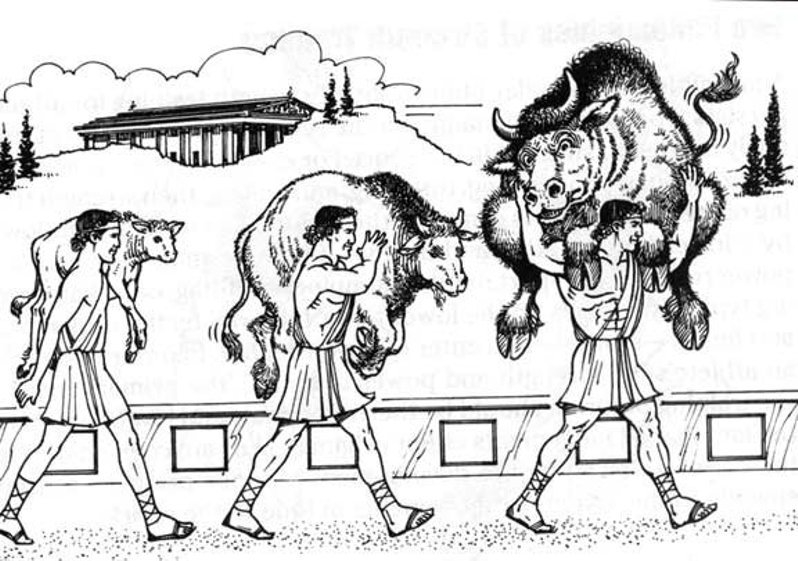 If you want a perfect example of how progressive overload look no further than 6th Century wrestler Milo of Croton.

This Grecian military dude lifted a baby calf up one day. The little animal was light and Milo found it easy to lift the baby bull onto his shoulders without problem.

The next day he did the same. And the next. For year after year.

As the calf grew into an adult bull, Milo’s strength had improved. He’d used progressive overload to build enough strength and muscle over the years to still be able to lift the giant animal… although we’re not entirely sure the bull would’ve been too happy about it.

To be honest bros, the reality of this cool story checks out about as much as a natural pair of Kardashian tiddy.

But nevertheless it’s a folklore story that perfectly illustrates the power of progressive overload.

Bro Note: Milo supposedly died when he tried to rip a tree apart with his bare hands, got stuck and ended up being eaten by a pack of wolves. Be careful out there bros.

How Can You Implement Progressive Overload Into a Weightlifting Workout?

There are many ways to continually increase the demands of your strength training program. Milo obviously used the weight of the bull as a way to implement progressive overload by increasing the strain.

But that’s not the only way…

According to the Hass et al…

Progressive overload may be introduced into a resistance-training programme by increasing the frequency or duration of activity, altering repetition speed, rest periods or by increasing the resistive load and volume. 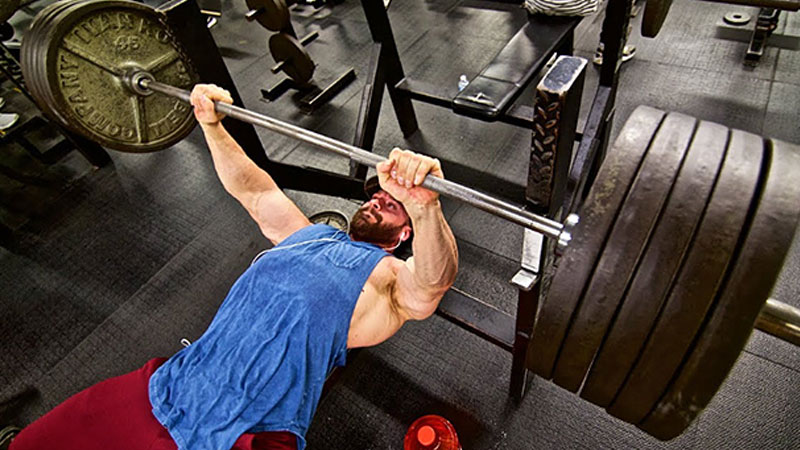 Like the man Rocky once said: “The world aint all sunshine and rainbows”.

And he was right.

Unfortunately progress in the gym is never simple. And while most coaches tell you to do things like “add 5 lb to the bar every week”, your body just isn’t that simple.

Some days you’ll feel like you can throw plates on the barbell like a superhero. Other times even an extra 0.5 kg will direct a skull f*ck to the brain. Maybe you had a late night or few too many beers the night before. It might well be that you’re overreaching or overtraining too.

It’s life and the sooner you accept that, the better bro. That’s why we know the story of Milo is bullshit (but still illustrates progressive overload principles really well).

Progressive overload is about progressing at your own pace, not along some fancy mathematical formula. When you see an opportunity to add reps or load or sets etc. do so. But don’t chase it… let it happen naturally. 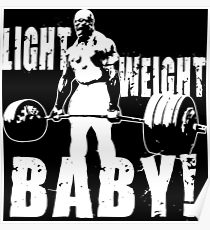 A good builder doesn’t try to turn out a house in one day. He’d exhaust himself in a pile of cement dust, sweat and a sense of

Instead he lays a few rows, goes home and rests. Then he builds a few more the following day. As his body adapts and the days pass he realizes that he can build a few more rows each day without getting tired.

Before you know it, he’s built his house and can start furnishing that pussy palace ready for a happy bachelor life.

Progressive overload in the gym works the same. The house is simply your physique.

Let’s say that with 200 lb on the bar you can grind out 3 x 8 reps on the bench press. As the weeks pass you manage to increase that rep count to 12 (with the same weight).

If you stick with that weight you’ll just add rep after rep. And while you can build muscle even with light weights, it’s not going to have a big effect on strength.

You aren’t optimizing progressive overload at this stage because your workouts aren’t any more challenging.

You just won’t get stronger.

If you add weight to the bar and take it up to 210 lb you might find that your rep count comes back down to 8 again. And it feels heavy as hell.

Why? because that small increase in weight was something that your body was unaccustomed to. It’s your Milo of Croton.

And the process starts again.

Progressive overload isn’t sexy. It’s not a state of the art supplement or a training program endorsed by some bronzed fitness model with a six-pack and a chiseled jaw.

It’s the basic, fundamental element of good training that applies to beginners and those with their bro card.

So if you aren’t using progressive overload, it needs to be your primary focus.

Where next bro? Read these gainz-based articles:

What Muscles Do Deadlifts Work? - 5 Reasons You Should Be Drilling Them

Metabolic Conditioning: What Is It and Do You Need It?