This is the age-old question asked by beginners the world over. More specifically, should you train for strength or aesthetics? To look good or be powerful? Well, the answer is a bit complicated.

This is because the whole bodybuilding or powerlifting debate really comes down to personal preference. Some guys are naturally strong and more geared towards powerlifting. Others are genetically gifted in terms of having the ideal build for a bodybuilding physique. 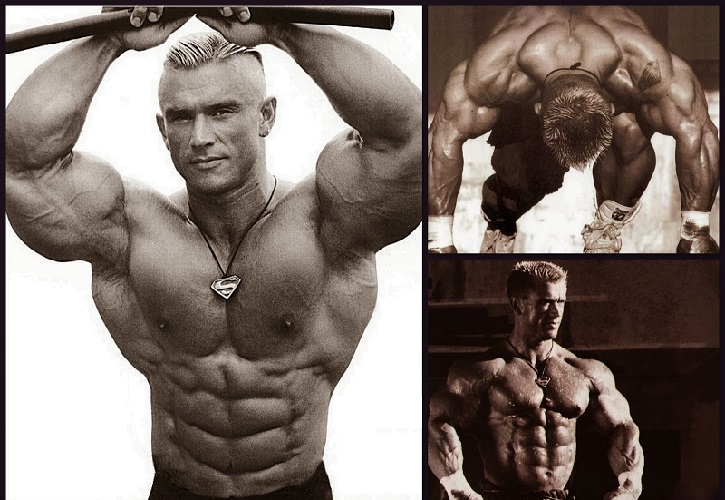 Here’s where things get tricky, though. Some guys are better suited for one but want the other. Meaning you’ll have guys who are strong but have poor bodybuilding genetics yet want to be bodybuilders. This goes the other way too.

There’s plenty of guys perfect for bodybuilding who would rather try their hand at powerlifting. Unfortunately, some aren’t suited for it strength-wise and generally end up hurting themselves. This is no good.

Many guys will say powerlifting is manlier and therefore beyond the lowly cretins of bodybuilding. They think that bodybuilders only care about looking good. Like that somehow negates all the hard work they put in and outside of the gym. And of course, they think bodybuilders are weak and just have beach muscles. Obviously, they’ve never heard of Ronnie Coleman.

On the other side of things, bodybuilders tend to view powerlifters as a bunch of fat guys who just want to show how much weight they can lift as a means of inflating their egos. They think powerlifters have no self-control and just gorge themselves on food all day. There’s no way those guys could ever look good. But, they forget about guys like Franco Columbu, who did both powerlifting and bodybuilding successfully. 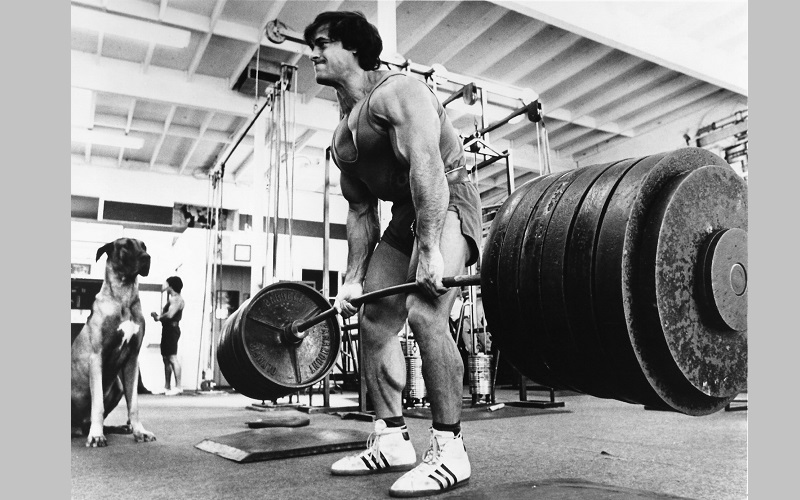 Instead of putting others down for being into different types of fitness, let’s just celebrate the fact they aren’t sitting on the couch all day eating Twinkies and Ho Ho’s! What’s that? You still want to know which is better, bodybuilding or powerlifting? Fine. Let’s do the damn thing then. 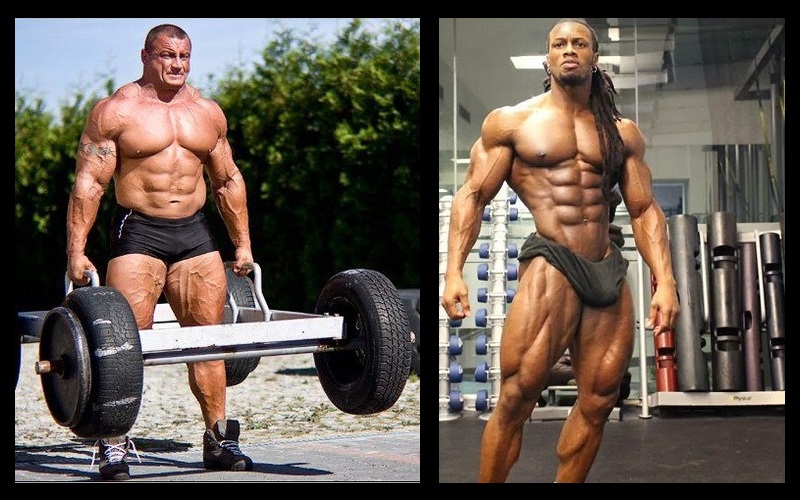 This one seems pretty obvious. Bodybuilders are always going to look better than powerlifters, right? Well, it depends. Some powerlifters not only have amazing physiques, they also compete in bodybuilding shows. Which clearly show the stereotype of all powerlifters being fat is unjust.

Also, many guys prefer to look big and powerful rather than aesthetic and symmetrical. Having bulging muscles isn’t always a top priority for guys who workout. But even with that being said, more men want to have the physique of a bodybuilder rather than a powerlifter. 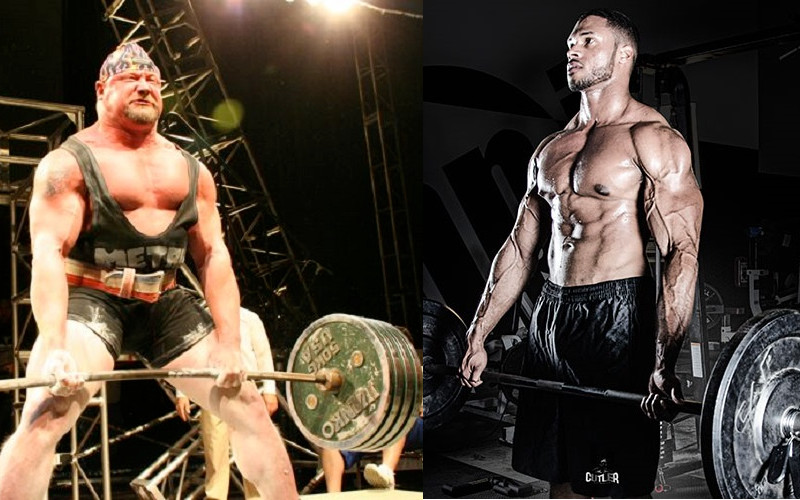 Here we go again. Another obvious one. The whole purpose of powerlifting is to get as strong as possible. World Class bodybuilders cannot compete with powerlifters when it comes to feats of strength. Or can they?

This is another stereotype that doesn’t necessarily reflect the abilities of bodybuilders. Even though these guys are training for looks and generally use lighter weight, most of them still process phenomenal strength which can be used for lifting crazy heavy loads. But powerlifters obviously have the edge here. 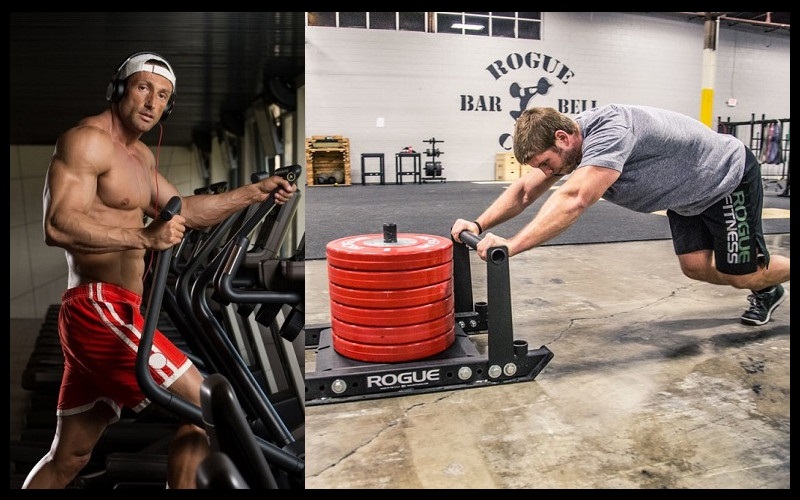 Okay, now we’re getting into a more debatable category. Who has better endurance, powerlifters or bodybuilders? It can be said that many powerlifters are strong but lack any real conditioning as they almost never do cardio.

Bodybuilders, on the other hand, do a lot of cardio when trying to cut fat. But if you’ve ever been around really large bodybuilders, they tend to breathe quite heavily and seem tired a lot of the time. This is especially true when they are dieting hard and are lacking energy from dramatic fat loss. But they generally weigh less, so they should have a slightly better motor than powerlifters.

Finish reading on the next page… 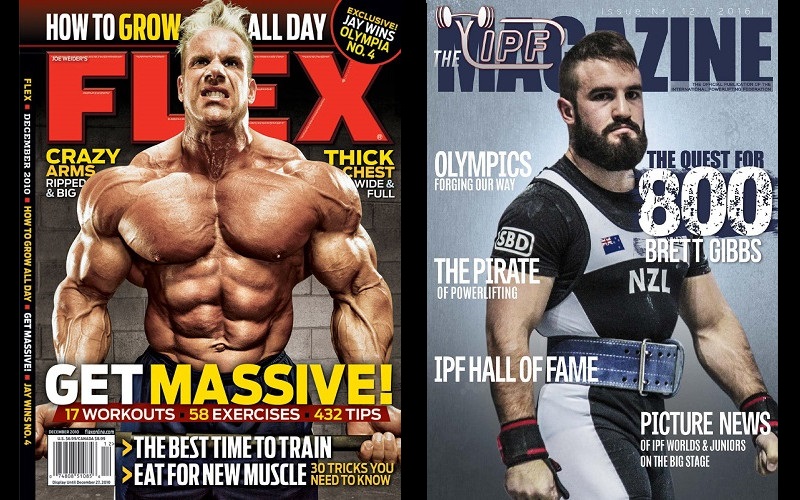 Powerlifting has been growing in popularity for some time now. More and more guys are moving away from competitive bodybuilding and are instead taking up strength sports — mainly powerlifting. This also seems to coincide with the recent rise in Crossfit practitioners as many of them switch to powerlifting after learning certain strength exercises like deadlifts and proper squat techniques.

Unfortunately, the guys on the side of powerlifting are still overshadowed by bodybuilding. Bodybuilding is way more mainstream. Thanks in part to the golden era bodybuilders who made the sport such a great, respectable spectacle to behold. Need proof? Just check out the attendance for the Mr. Olympia compared to any big league powerlifting event. 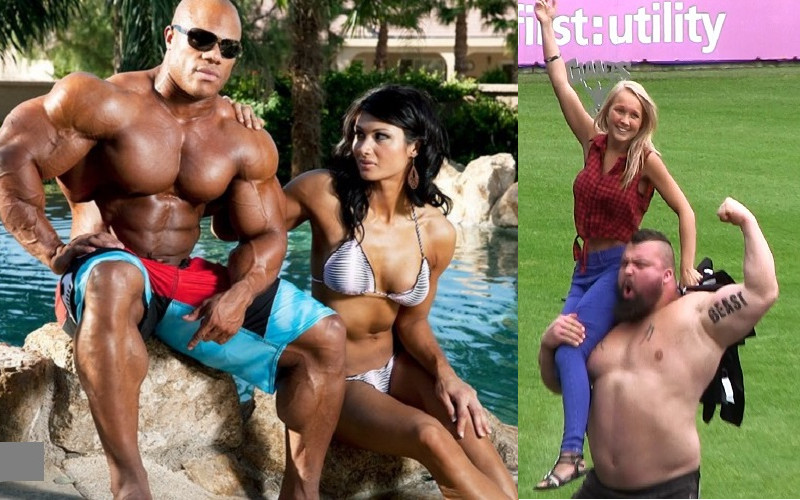 Believe it or not, but more women probably prefer the look of a powerlifter over a bodybuilder. Especially the real freaky looking bodybuilders. But at the same time, many women dislike dating guys who are on the heavier side.

Plus, bodybuilders tend to have the “ladies man” tag associated with them. This has more to do with the fact so many guys get into bodybuilding as a way to get girls. But in all actuality, a lot of women would still rather be with a powerlifter than shredded muscle freak. 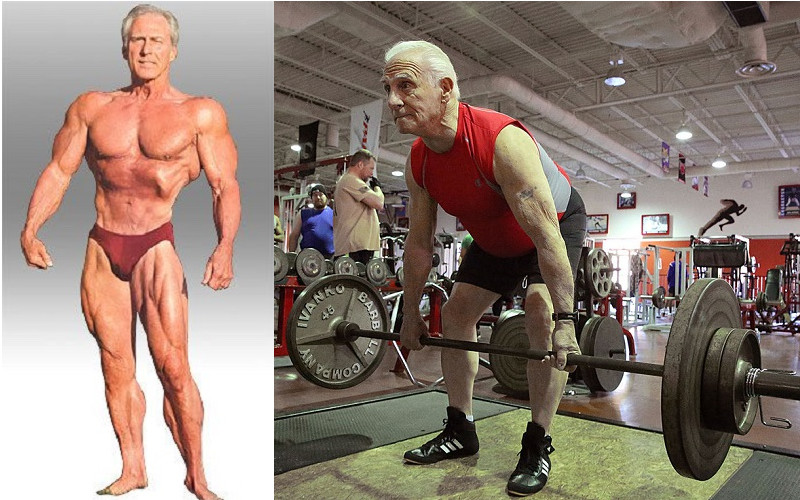 When all’s said and done, we just want to live for as long and healthily as possible. Which leads to our final comparison. Who lives longer, better quality lives? Many powerlifters put incredible strain on their bodies and hearts. But you also hear about how often bodybuilders die young.

But when it comes down to it, numbers don’t lie. As strenuous as powerlifting is, bodybuilders still tend to have far more issues and die much younger. The main reasons behind this are their extreme diets, large food consumption, and steroid use. And while powerlifters fall victim to these same problems, it’s nowhere near as prevalent in the sport as it is in bodybuilding. 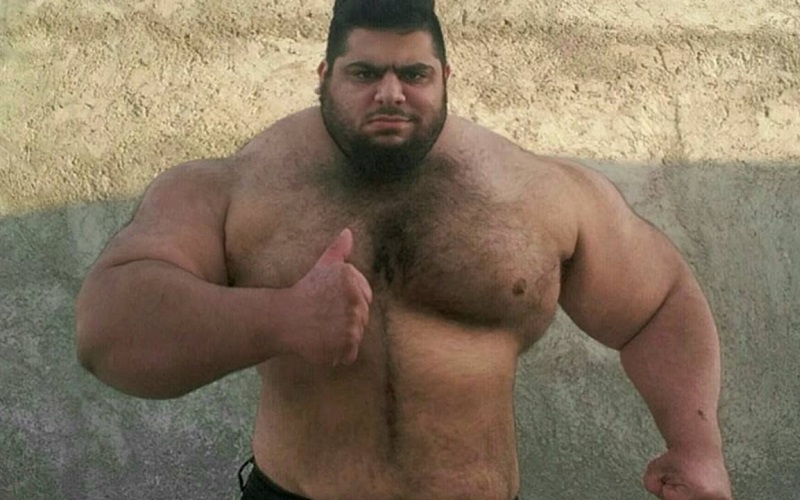 And there you have it. It’s a close race, but powerlifters just edge out bodybuilders in which sport is better. When it comes down to it, functional strength and longevity outweigh an aesthetic physique.

But in the end, do what interest you. And whether it’s bodybuilding or powerlifting, make sure you’re being safe and put your health before competition. A cheap trophy should never be more important to you than living a long, healthy life. Now, let’s see who wins in a head to head showdown. Check out the video below of a bodybuilder going against a powerlifter.

If you enjoyed this article, share it. Then check out these great ones too.

How to Perfect Your Squat Depth

3 Reasons Why You Need To Do Dumbbell Pullovers

The 10 Best Exercises for a Full Body Workout

Why and How You Should Start Olympic Lifting Now