Fasting is becoming increasingly popular among fitness freaks today. Almost every other person you meet in the gym is on a fast or has tried it in the past. Unlike the trends of Keto, Paleo or even Plant Based, fasting is not a diet. It’s a lifestyle choice.

Some use it as a form of weight and body fat management. They let father time decide when they should stop eating and therefore cut back excess calories.

Others claim fasting to have amazing recovery benefits. Studies have shown that restricted time-based eating amplifies growth hormone secretion, and also supports cellular repair. We’re not saying it’ll make you live longer, but a bunch of other people will.

Sounds too good to be true, right?

But, as always, things aren’t always that black and white. Restrictive eating can sound dangerous if you’re studying the science of sweet gains. Which as bros, we obviously are.

So the million dollar question is; “can it cause you to lose muscle?” Let’s break down the facts and find out… 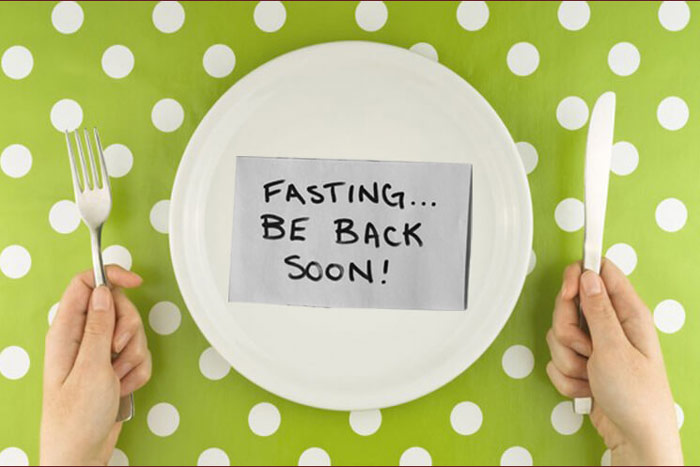 Fasting is when we restrict the intake of calorific food and/or drink over a certain period of time. It’s not a brand new way of thinking or living, it has actually been around for millennia.

Throughout evolution, calories have never been so in abundance as they are right now. For many of us, we could simply stop what we were doing right now and fill our face within a matter of minutes.

Eating this way is arguably not natural. Which is an argument pro-fast campaigners put forward as to why they restrict their feeding windows

Our journey to becoming the upright jacked up mammal we are today wasn’t always like this. Throughout our long, violent, and downright hardcore history, there were times when we had to go hungry

Back in the ice age, if papa bro couldn’t spear down a mammoth, he and his hairy side-chick wouldn’t be eating that day. He couldn’t just call for a large Dominos and wash it down with a case of beer.

So there would inevitably be time periods when he just wouldn’t take on food. Sucks to be that guy, right?

Today we call these bouts of abstinence fasting. Hence why we traditionally call the first meal of the day “breakfast”. Because after all, we are breaking the fast since going to sleep.

As you’ve probably, guessed time-restricted eating isn’t a one size fits all scenario. In fact, there are multiple types of fasting that vary in intensity and tactics.

One of the most popular methods practiced today is intermittent fasting. Usually, this requires a person to take on energy in the form of calories within a feeding window, and abstain during any other time.

Sometimes this can be daily. If so, windows typically last anywhere between 4-12 hours, with 8 seeming to be the most popular. Many people say this method suits their modern-day lifestyle well and it is popular to fast mainly through the night.

Another intermittent tribe is the 5:2 guys. They blend in with the crowd and eat regularly like the rest of us five days a week. However, you can certainly spot them on their two fasted days, as they might slash their daily calories by up to 60%.

Then you have the alternate day squad. So in effect, one day on and one day off. Some of these people take on a true fast (eat nothing), but many prefer a modified fast (one small meal).

Finally, you have the periodic fasters. Whilst this method might not be the most common, users swear by it for the rejuvenation and meditative qualities apparently offered. Periodic fasts can often last multiple days and are usually repeated between 1-4 weeks.

Note: Fasting may also be carried out for religious reasons. Every belief has their own guidelines and rules, most of which can be placed into one of the above categories.

The Million Dollar Question: Can fasting cause you to lose muscle? 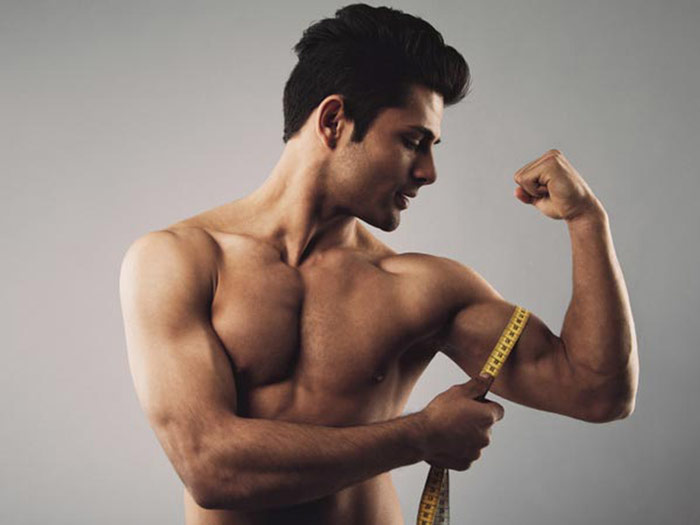 Before we lay down a straight “yes” or “no” answer we’ve got to take a look at the facts. There are too many variables at play to just determine which side of the fence we’re doing muscle ups on.

So, in short, we’re going to say it depends. Here’s why…

When we fast, we typically restrict and/or reduce our usual calorific intake. That’s why one of the most popular reasons for doing it is fat and weight loss.

This is because rather than spreading out our energy consumption throughout the day, we’re squeezing it into an often narrow time frame.

Take a bodybuilder (which you probably are) for example. For years this bro has been eating six small meals a day to keep his metabolism revving and hunger at bay.

Every 2-3 hours he says! If not the ghosts of all the skinny noobs he’s been eating for dinner will haunt his gains. Nothing gets in the way of his feeding times.

Now it’s probably safe to say, this bro probably puts away the kcals. But if he were to try to eat the same amount in say 8 hours, would he be hungry enough to do it?

Chances are, probably not.

Enter the calorie deficit. The only effective method for naturally losing weight.

Unfortunately, when we lose weight, we’ll often lose a combination of both fat and muscle. If you don’t train or aren’t currently in the habit of lifting, this is even truer.

When Sh*t Gets Real: How fasting can impact lean mass 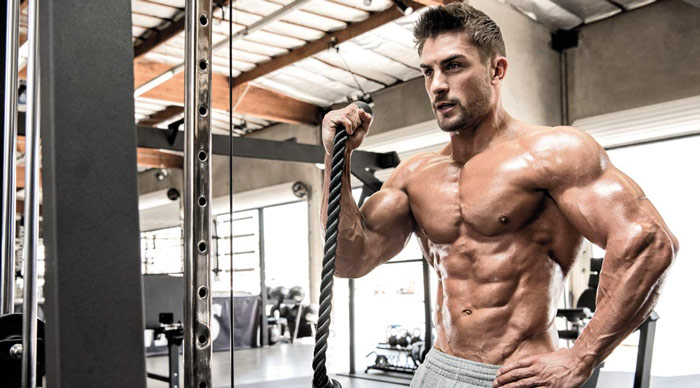 One of the biggest issues with saving all that food energy for one or two big ass binges is protein consumption.

As a bro you know protein is vital for muscle growth and repair. You inevitably include a decent dose within your daily intake and never miss a regimented serving.

But did you know that studies have shown muscle protein metabolism is regulated on a meal to meal basis?

Therefore, consuming a bunch of evenly distributed protein based meals throughout the day is better. Wiping the floor with trying to cram it all into bigger less frequent feeds.

It seems that overcompensating with large amounts of protein all in one go will not make up for that missed during the rest of the day.

This is due to our bodies inbuilt maximum anabolic cap, which is unique to every one of us.

Just to clarify, if you’re only consuming your RDA of protein in one or two meals you will not be anabolic throughout the rest of the day.

So it’s safe to say the potential growth of lean muscle mass can be jeopardized in training individuals.

The Flip Side: But what about muscle maintenance and/or loss?

A 2013 study into alternate day fasting for weight loss clarified that fat-free mass did not change in subjects over the 12 week period. As you’ve probably guessed, this included lean muscle mass.

Another study carried out in 2011 also claimed intermittent fasting to poses less threat to loss of muscle than standard daily calorie restrictive dieting.

So if you’re looking to cut up and get shredded, IF could be for you. You will potentially be able to keep the bulk of your prized biceps whilst still melting away unwanted fat.

With that being said though, fasting might not be the way to go if you’re trying to increase size and get swole. For that my flexing friend, you will probably need to undergo a standard bulk dieting regime.

A randomized control trial examining eight weeks of resistance training alongside time-restricted eating showed there were more gains to be made without it.

Although the time-restricted test subjects still didn’t suffer adverse effects to their lean mass, they didn’t grow like those ate regularly.

The Relationship Between Fasting, Muscle Maintenance, and Training 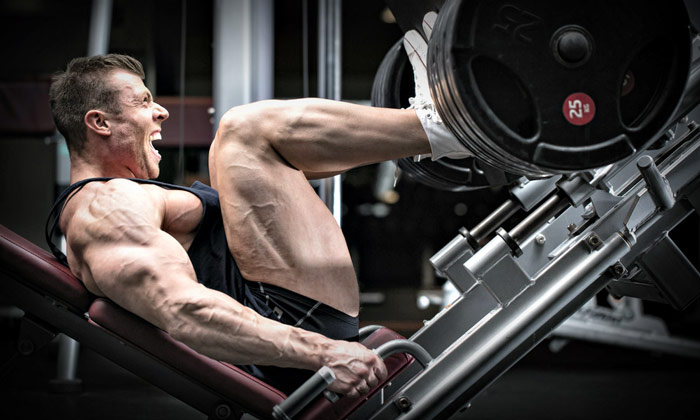 Combating muscle loss whilst fasting should be high on any athletes’ priority list. And it the evidence suggests that resistance training is how to do it.

Back in 2009, a study was published highlighting that resistance training preserves fat-free mass without impacting changes in protein metabolism.

To put that into layman terms, bending the bar helped the subjects of the study keep lean mass strapped to their body, whilst still losing weight elsewhere.

Remember in the previous section when talked about the randomized control trial examining the eight weeks of resistance training? Well, although it showed there were greater gains to bag from not fasting, it also hammered home another point.

By carrying out resistance training 3x per week, the young men who underwent periods of time-restricted eating were able to retain their lean mass.

So although the study was only carried out short-term, it still points towards the fact that weight training could help keep you stacked.

Conclusion: The Final Word on Fasting 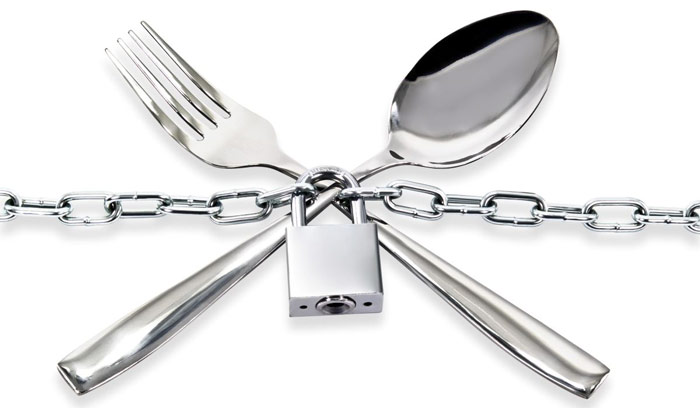 So, can fasting cause you to lose muscle? SpotMeBro is going to stick our heads above the parapet and say a big fat, “yes”!

Let the comment war rage on, we’re not scared, bro.

If done incorrectly you can certainly lose muscle whilst fasting. Factors such as training intensity and timing, alongside poor dietary choices, will impact your overall vulnerability.

When fasting you have a much higher chance of falling into a calorie deficit. Whether that be through choice or not makes no difference. We react to calorie restriction the same way regardless.

If we enter this deficit stage and our body can’t find the protein it needs, it will cannibalize muscle tissue, thus destroying hard earned gains. So if you’re planning on going hard during your fast, take note…

When we hit all the necessary macros and train close to feeding times we can minimize potential damage. Yes, we might not get stacked like a bro on a dirty bulk, but we’ll be doing our best to ward off muscle wastage.

Finally, the evidence clearly states that resistance training alongside fasting plays a key role maintenance. It’s just down to you to get it right and find what works for your body.

For more on how you can develop your dream physique, check out: