Okay, what’s this weird lump sticking out of your stomach? That my friend is a hernia. Here’s what you need to know about weightlifting hernia symptoms… and what to do if you suffer one.

Lifting huge weights that bend bars and crash to the ground with the power of a napalm bomb is a God damn privilege you have to work hard for and earn.

But just like Uncle Ben said, “with great power comes great responsibility”. And that responsibility is to get jacked as hell but stay safe when you’re throwing the iron around.

As a bodybuilder you run the risk of injury. It just comes with the territory. But there are ways to reduce the risk of things like a hernia. And this is how.

What Is a Hernia?

Have you ever seen the film Alien where the alien bursts through the chest of John Hurt? F*cking gruesome scene.

Now imagine it’s not an alien but your intestinal wall. And it’s not your chest that taking a hammering, its your unsuspecting abdomen or groin.

A hernia happens when an organ pushes through a weakened part of your abdominal wall or trunk area, maybe even your upper thigh or groin.

What causes a weightlifting hernia?

A hernia can happen pretty quick, or can be the result of stress on the abdomen or surrounding areas over a period of time.

Weakened muscles can be caused by any number of things. Genetics or congenital defects, illness such as chronic coughing from respiratory disorders, damage from surgery or even just natural aging.

But what we’re interested in as snap back-wearing, selfie-taking gym rats is why weightlifting hernia symptoms occur.

Different types of hernia broken down for you

A hernia doesn’t simply go away.

The only way to get it fixed is to have either keyhole or open surgery on it. This involves a small incision (sometimes two or three) into your abdomen, pushing your bowel back to where it should be, and then fixing the tear with mesh and stitches.

It isn’t major surgery and most people are out of the hospital the same day. Recovery usually takes a few weeks and you shouldn’t be doing any heavy lifting during this time as you’ll end up back in the emergency room again if you do.

So don’t be dumb bro. If you’ve got a hernia, take the time to put your feet up, read a bodybuilding magazine or watch Pumping Iron while you chill. You can get back on the gain train in a few weeks.

Weightlifting Hernia Symptoms – What To Look Out For

But real bros also don’t have half of their guts hanging out of their abs either, like a watered down scene from Saving private Ryan. If you’re suffering from weightlifting hernia symptoms, you could be out for some time while it heals.

Bottom line, lifting heavy increases your chances of a hernia.

Here’s a scenario that might sound all too familiar.

You’ve arrived at the gym, tagged yourself in (because that’s the law bro) and got changed into your favorite stringer… the one with an aggressive sounding supplement logo on the front. ‘Face Ripper’ or ‘Ferel F*cking Lion’ on something like that.

It’s deadlift day so you’ve warmed up with some intense chatting by the water cooler. And now you’re ready to go in hard with some 5 x 5 action. There’s a pretty fit looking honey on the glute extension right next to your lifting platform so you’ve added on an extra plate each side just to make sure she slides over to you, pussy first and ass in the air.

After a double-dip in the chalk bowl, you’re ready. And with much pacing and grunting (honey wasn’t paying attention at first) you grind out the first rep.

“Oh shit this is heavy… and why is there an intense burning right above my groin?”

With the eyes of the gym on you though, you fight through the discomfort and smash out your reps. You swagger out of sight as cool as you can and hope to god you’ve not just shit yourself. Because it kind of feels that way.

“And what the hell is that poking out of my abs?”

Other than the fact that your bowels are hanging out of your abdomen and you have a lump protruding from your trunk, there are a number of other symptoms to look out for when you suffer a hernia. 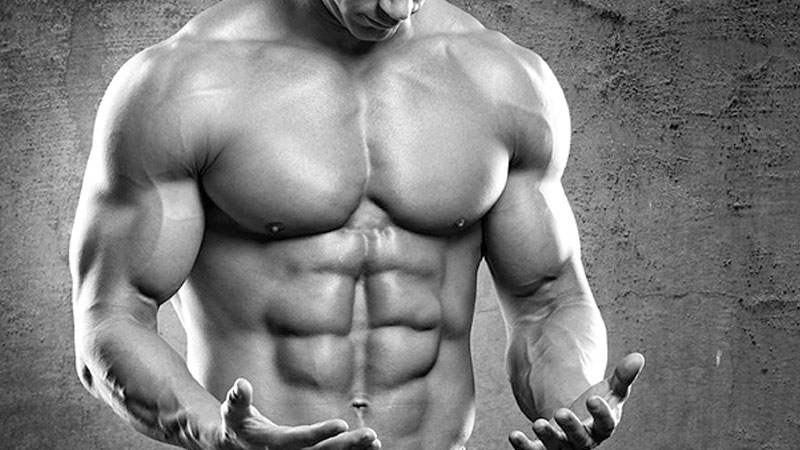 How Does a Weightlifting Hernia Happen?

When you lift heavy weights there’s an increase in pressure within your abdominal cavity. This is referred to as intra-abdominal pressure.

As the load increases, so does pressure between your diaphragm and pelvic floor.

This might sound like a bad thing, but increased IAP has been shown to increase force production.

In fact, it’s so good for elevating power and strength that weightlifters often hold their breath and brace their abs while lifting heavy to purposely increase the potential force they can generate during exercises such as squatting, deadlifting. pulling and pressing.

This process is called the Valsalva technique and involves forcefully exhaling while closing your glottis – basically shutting off your airways.

There’s no denying that increasing IAP results in greater strength. It also decreases pressure on spinal discs and reduces the chances of lower back injury.

But it does come with some risks:

Hernias can happen for any number of reasons, with both genetics and lifestyle playing a part. When it comes to weightlifting, IAP and hernia seem to be related. In fact, some studies suggest that “straining at lifting is most often incriminated as the incident”.

Imagine filling a balloon with water. There’s only so much pressure you can build before it pops, especially if there’s a weak point in it somewhere.

Weightlifting hernia symptoms you need to know about

The thing about a hernia is that it’s painful, but not excruciating. It hurts when you lift, or cough or bend over, or move. It feels heavy, like there’s pressure in your abdomen.

But it doesn’t leave you lying in bed like you’ve been hit by a car.

Weightlifting will make your hernia worse.

If you’ve suffered a weightlifting hernia you need to stay clear of lifting until it’s completely healed. 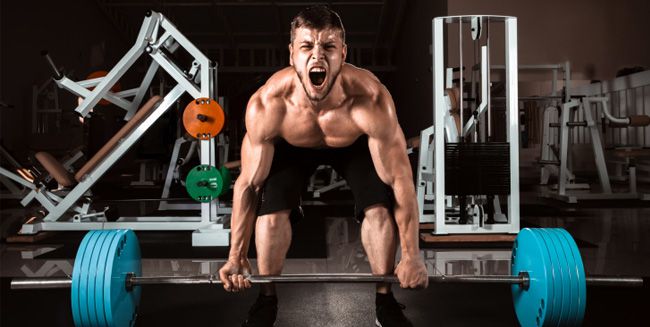 How To Prevent Weightlifting Hernia Symptoms

Prevention is better than the cure. If you’re here because you’d rather avoid a weightlifting hernia than have to fix yourself up, this is what you need to know.

You can never completely eliminate the risk of hernia. It’s one of the inherent dangers you run from being a big, strong muthaf*cker.

But you can decrease the chances of a weightlifting hernia.

Strength training, in general, builds up the muscles and connective tissue of your trunk, chest, and hips.

Constant muscle loading helps to build the integrative strength you need to reduce forces in and around your abdomen, which in turn reduces the risk of weightlifting hernia symptoms.

Hernias are more likely to happen if you’re unfit and decide for some reason to lift heavy.

If you’re a dude who decides to go for a maximum on the first session back after a long break, you’re the kind of guy that’ll probably herniate the shit out of your abs.

You’re at a higher risk of hernia if you carry too much fat. Being overweight can stretch and weaken your abdominal muscles and the connective tissue that supports it.

Research supports the fact that there’s a clear link between obesity and inguinal hernias. This is in part down to elevated IAP.

A hernia is when your bowel or fatty tissue protrudes through a weakness in your abdominal or groin area. It’s associated with genetics, being overweight but also weightlifting.

Symptoms include a lump in your abs or groin, pain and discomfort, weakness and pressure, and also a burning sensation. if you suffer a hernia you should stop lifting and seek medical advice. They’ll patch you up with a small operation and you’ll be good to go after a few weeks.

Strength vs Size: Do You Have to Be Big to Be Jacked?