Strength vs size has always been a debatable area among gym bros. Are the bigger guys always stronger and do they possess higher levels of brute force? Or do strong but tiny guys really exist?

We all know that one dude who looks like a meth head, but put him under a bar and he drops triple body weight squats for sh*ts and giggles. And then there’s the other guy who looks great in a stringer vest and rocks some huge mass, but couldn’t lift heavy if his worthless life depended on it.

The bottom line is it’s completely possible to be strong but not muscular, and have completely pointless 20 inch arms when it comes to smashing out a 1-rep max bench press.

Strength vs size… here’s what you need to know.

Read any science textbook on strength training and they’ll define it as the ‘ability to exert maximal force’. In other words, strength is about being able to lift something heavy.

Strength is context dependent and one of the most complex things to measure in the iron game.

At the simplest level, strength is related to force production. There are also a number of factors that can shift the paradigm in which it’s measured – types of exercise, the equipment used to measure it, the level of skills from the lifter and even psychological state and so on.

In simple terms, it’s muscles that create the mechanical tension needed to produce force. So why is it that some smaller guys can make you look like a fool on the free weights, even though you’re twice their size?

Muscles are only the end point of a hell of a lot of complex things going off between your central nervous system and whether you lift a weight or not.

In other words, strength is hugely influenced by neuromuscular adaptations. 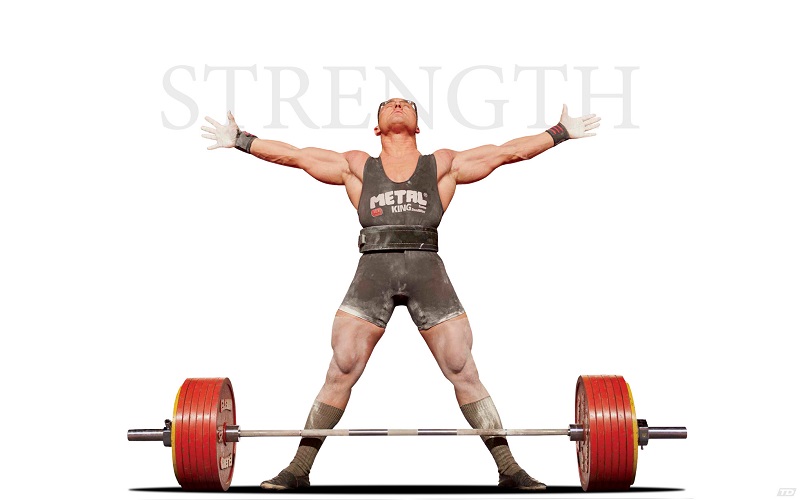 Each of these factors changes based on the individual. but as you can see, strength vs muscle size is more complex than just bigger muscles equals more force.

If a person has good genetics (muscle fiber type and limb lengths). They can generate more force. If they have good skill and have good neural pathways that can switch on synergist muscles but at the same time inhibit antagonist muscles, they’ll improve force output.

Muscle size is just a small part of the overall jigsaw puzzle.

There are also a bunch of other factors that influence strength on top of these. But we’re guessing you get the picture by now… strength isn’t all down to muscle size.

Strength vs Size: How to Get Bigger or Stronger

There are a number of reasons why people go to the gym. For some, it’s building confidence. For others, it’s looking good on the beach.

But for gym bros, it’s either growing huge slabs of muscle, ramping up strength, or both. For some it’s about strength and size, for others it’s more of a case of strength vs size.

As we know, larger muscle mass contributes to strength gains. But it’s not the only factor. And as such, the way you train for strength vs size can differ massively. 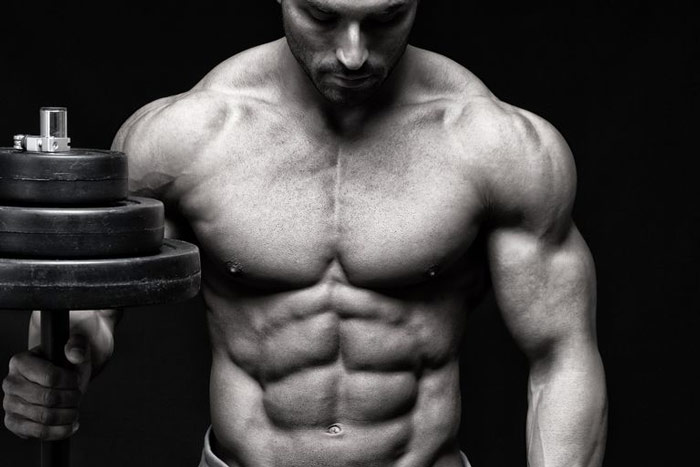 To increase the cross-sectional area of a muscle you need to provide it with a stimulus for growth.

There are two big factors that differentiate a strength-based program from one that’s designed to maximize muscle mass.

Training volume is measured by multiplying the reps and sets for an exercise together. For muscle growth, the higher your training volume, the better the stimulus for muscle mass. This is because higher volumes are associated with higher magnitude of muscle protein synthesis and anabolic hormone release.

For example, one study found that when a bunch of bodybuilders completed either 1,3 or 5 sets per exercise over a 6-month period, those who performed more sets grew more muscle.

The authors of the research suggested that there was a clear ‘dose-response relationship’ between volume and muscle growth.

This isn’t a one-off study either. Even large-scale meta-analysis research shows that multiple sets of high training volume are up to 40% better for muscle hypertrophy.

So for gaining muscle, it’s not so much how much weight you lift, but a combination of the weight you lift and how many times you lift it – training volume rules court when it comes to gaining huge mass.

We’ve seen that from factors influencing strength that many are to do with the way that your central nervous system optimizes the signals it sends to the muscles.

If the electrical signals that hit the muscle fibers are both fast and strong, you can engage them to generate more force. But a lackluster neural drive will lead to poor strength performance.

So how do you optimize strength?

As a beginner, you can gain strength at practically any rep and load range. The law of diminishing returns suggests that at the beginning of your strength training journey, gains in central nervous system activation are pretty rapid.

And that leads to a fast increase in strength. But as your brain develops, and you move out of that noob phase, getting stronger becomes more difficult.

To gain strength you need to lift heavy weights.

While research shows that training volume is the primary driver of muscle mass, strength is all about load. In strength training, it’s not just mechanical loading that’s important but total muscle force too.

And that means heavier weights.

Get this too… higher loads increase strength by stimulating other important factors in strength too:

Just the tip: You can grow muscle mass with both heavy and light weights as long as training volume is high enough. However, strength gains are optimal with heavy weights.

There’s more to strength than having huge muscle mass. While bigger muscles do help you generate force, there are a number of other important factors that influence your ability to shift big weights.

That’s why there’s always that small dude in the gym that manages to hit a double bodyweight bench with ease or squat weights that a guy double his size would crumble under.

Using heavy weights is important when training to get stronger… but it’s training volume that’s key to promoting huge increases in muscle mass.

Where next? Continue getting jacked and read these strength-based articles…

Weightlifting Hernia Symptoms and What to Do