Pictures have surfaced online, as they always do, of one seriously jacked Monk in South East Asia.

The images, from an unknown source are doing the rounds with loads of people speculating if a Monk is actually allowed to make such big gains, due to it being in part, vanity.

Some sources have claimed that the Monk is on a mission of his own, to show other Monks that they need to stay healthy.

Apparently Alms, which is money or food donated to the Monks is becoming a problem. Due to the commonly fatty and salt foods lots of Monks are becoming sick and unhealthy. 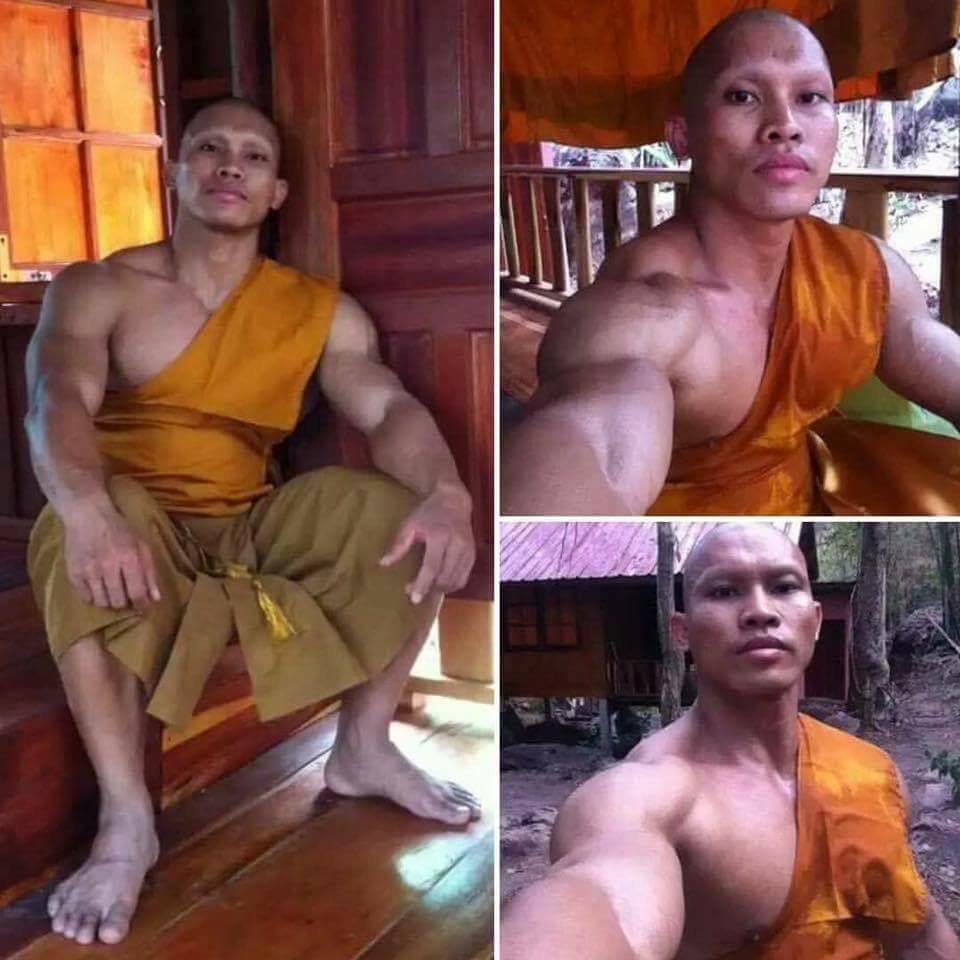 The situation has got so bad with obese Monks that it’s becoming a bit of a crisis.

So this Monk has obviously been getting all his alms from the local gym. And mostly in the form of protein.

As the online mystery unravels there is little in the way of clear answers as to who this guy is.

But the Thai monster, even if he is ‘vain’, is far better behaved than loads of other Thai monks.

Seriously, over the last few years they’ve been accused of evading cops, partying and boozing and even laundering money.

Whoever this jacked Monk is, we certainly wouldn’t want to piss him off and hope he does well on his mission to make his fellow monks healthy.

The 14 Most Common Muscle Misconceptions