Social media allowed many athletes and general fit people to find their place under the sun and start pumping out crazy workout videos. For this occasion, we scanned the internet to find the craziest and most motivational YouTube and Instagram accounts you should be following.

Let’s start things off hard and heavy, right off the bat. Strength Wars is a very original approach to strength oriented competition. It consists of two athletes competing against each other in various strength exercises, performed one after the other, with an insane amount of weight.

It’s like someone took too much pre-workout and tried to describe his experience with a series of YouTube videos. They recently crowned their new champion, a real life horror movie supervillain from Poland known simply as The Faceless.

If you think you’re strong enough to compete in Strength Wars, hit them up on their facebook page. They are setting up a strength league with the grand prize being 10,000 euros.

Rogue is a barbell manufacturing company that is also a sponsor for all major fitness events, like the Crossfit Games and the Arnold Classic.

As such, they post awesome high definition videos from all sorts of events. So, if you wanted to see Brian Shaw’s record-breaking Atlas stone lift or Ben Smith winning the CrossFit games, they’ve got you covered.

Dom Mazzetti is the human equivalent of the word “bro”. In 10 years’ time, his picture will be in dictionaries next to that word. He drops hard, honest and brutal truth bombs disguised as hilarious YouTube videos

WSM competition has a rich history of epic showdowns between strength titans like Bill Kazmaier, Jon Pall Simagrson, Mariusz Pudzianowski, Zydrunas Savickas, who have all competed in the World’s Strongest Man competition and you can watch all of their epic clashes on the events official channel.

Yes, Rich is on the list. How can he NOT be? He’s the most controversial and the most unintentionally hilarious person in the entire fitness community.

He mostly makes videos that look like a meathead’s wet dream, but he’s known to drop some intelligent rants from time to time that are pretty damn interesting.

It also helps that his YouTube comment section is one of the best things on the entire internet. 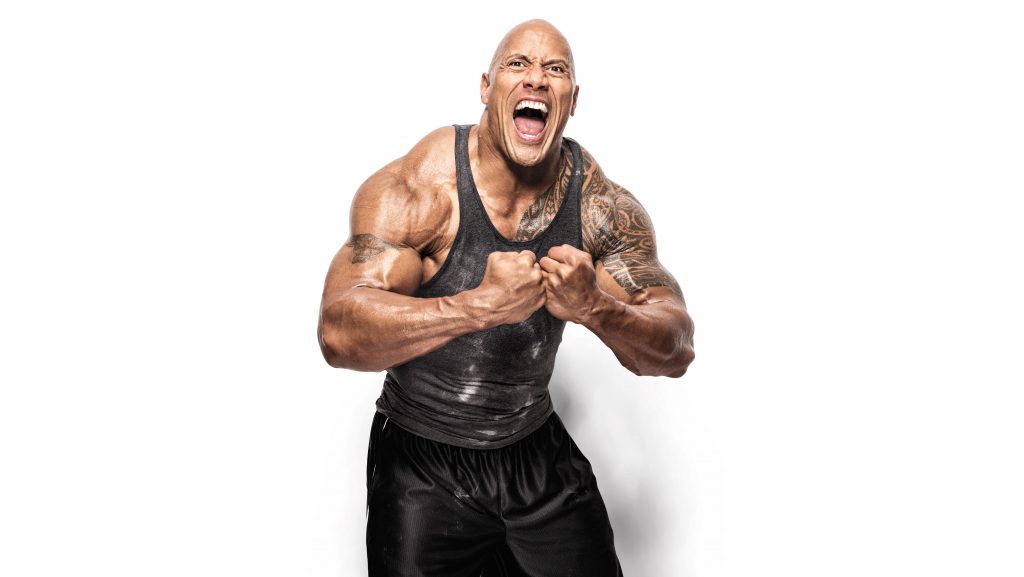 The most electrifying man in all of the entertainment industry. Dwayne “The Rock” Johnson is currently the highest paid and swollest actor in Hollywood today.

He’s living the dream by traveling around the world, meeting new people, all while constantly feeding his iron addiction by waking up at four in the morning for his workouts.

The man is damn motivational that he even has his own alarm clock app where he “wake motivates” you to get out of bed in the morning.

You want to be lean by the time summer kicks in but you don’t know how to meal prep or what to eat? Say no more, because Derek Howes is here to the rescue.

With over 400 videos uploaded, the protein chef will show what’s the ideal muscle building food and its nutritional breakdown. So check him out and start eating for muscle growth. 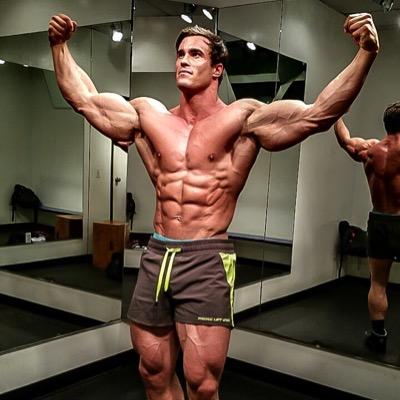 The Koala king, Calum Von Moger is a Mr. Universe winner and a social media superstar. He posts workout videos and pics of his awesome lifestyle. Need to be inspired? Give Calum a follow. 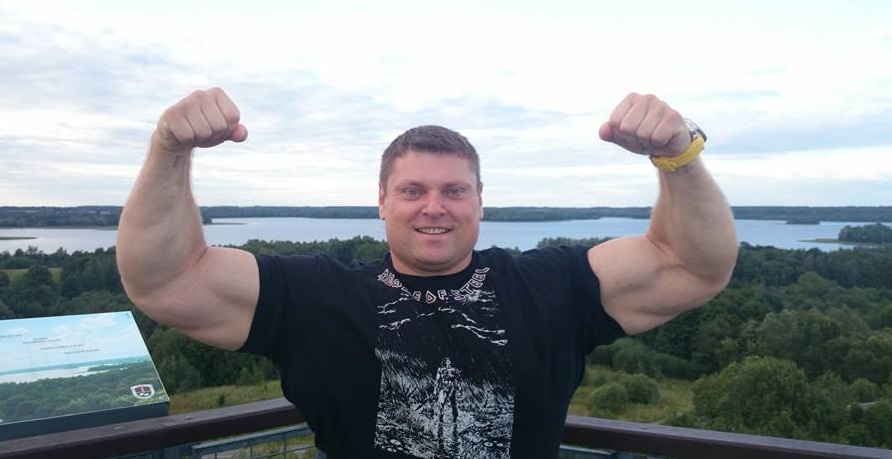 The Lithuanian powerhouse with the best jawline in the world. Savickas is a record-setting and record-breaking strongman legend. So far he has won the Arnold Strongman Classic eight times, World’s Strongest Man four times and Europe’s Strongest Man three times.

In fact, Savickas is the only modern-day strongman who has won every current major strongman competition. Check him out to see how the strongest guy on the planet get ready for competition and what he eats. 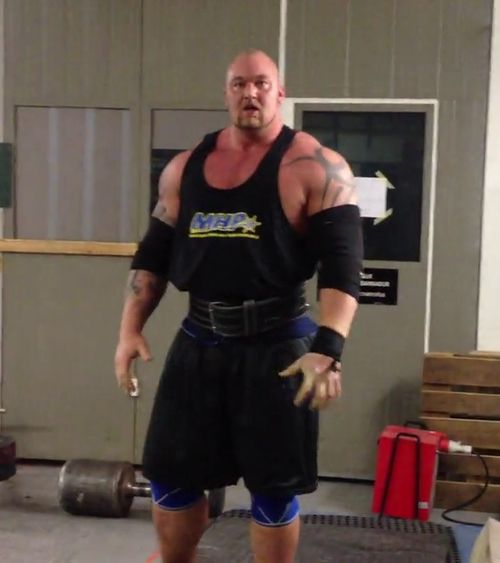 Mr. Hollywood himself made this list because there’s always something interesting happening in his life. If he’s not shooting Game of Thrones, then he’s probably breaking records at various Strongman contests. If he’s doing neither, then he’s deadlifting 700lbs to Adele.

You will be seeing a lot of him soon since the new GoT season is just about to start and the new “Kickboxer” movie (in which he plays the main bad guy) should be hitting video on demand in the following months. Give his instagram a follow.

Dom Mazzetti and his broscience aren’t enough gym humor for your tasting? Elgintensity is the man for you. He collects the best of the worst that the fitness industry has to offer and gives you his take on it all in his own original way. 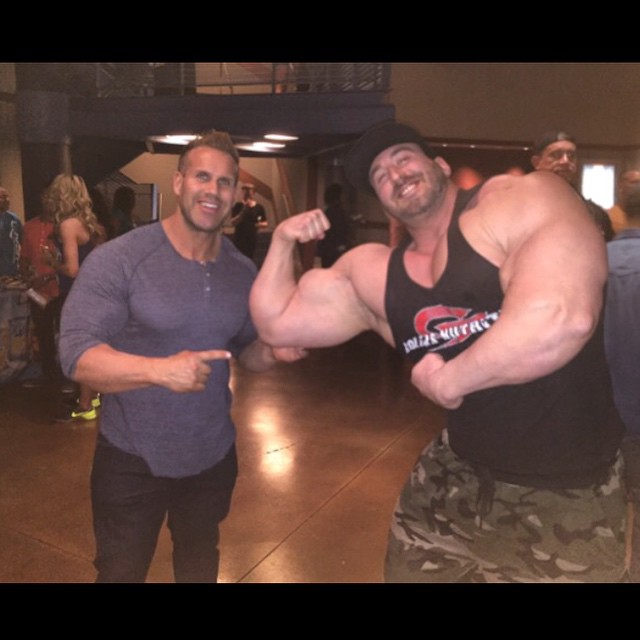 Craig is what guys who photoshop their pictures on the internet want to look like. The only difference is that Craig doesn’t require any photoshop to be the biggest guy everywhere he goes.

Golias is so damn huge he looks like someone put a regular sized human being in an oversized muscle suit. Check his Instagram to see how does a modern day Goliath get around being so damn huge. 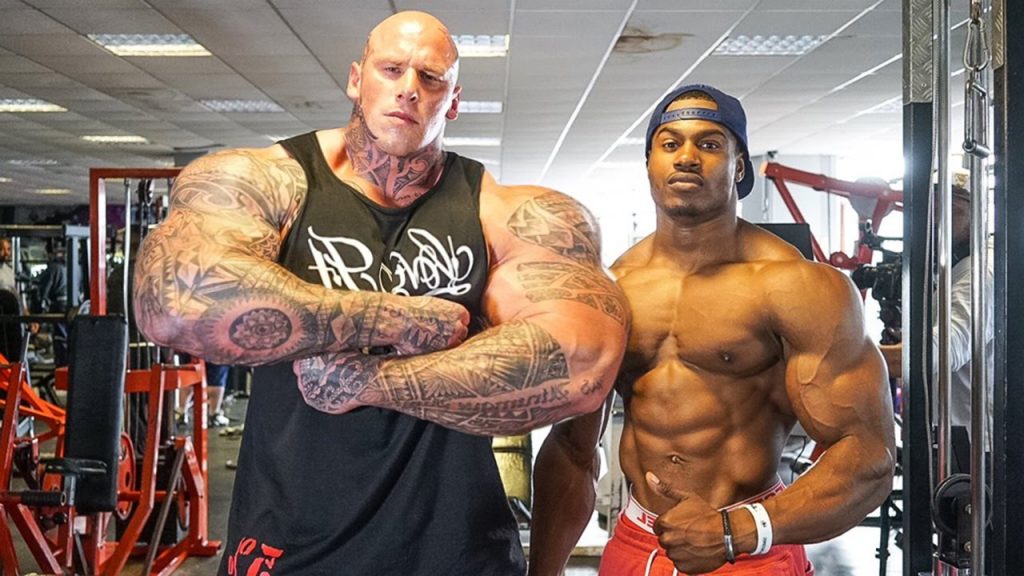 Martyn Ford is a walking, talking, breathing Marvel supervillain. He is 6’8” and weighs around 330 pounds. Martyn has so far been famous for being part of Rich Piana’s 5% crew and being the main villain in the upcoming Undisputed 4 movie.

But according to his Instagram, projects are coming in fast and everyone wants a piece of him. So expect to see lots of this British giant in the upcoming months. 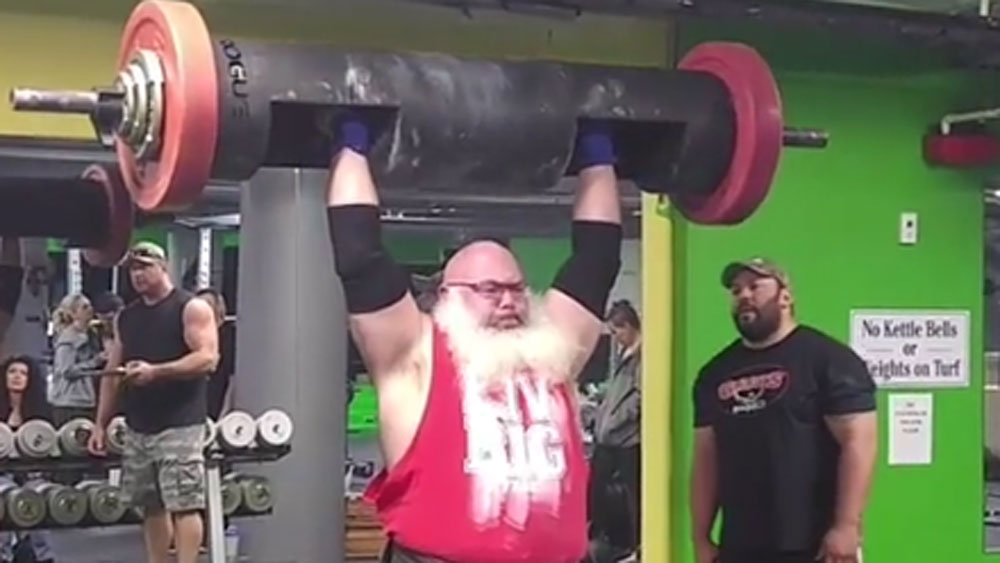 Albie Mushaney is a part-time security officer, part-time strongman, and a full-time Santa Clause. A few years ago, Albie picked up on competing at strongman and Powerlifting after decades of pausing only to realize that he has a very distinct looking beard, a very Santa Clause-ish beard.

So he decided to become the most jacked Santa Clause ever. Follow him if you ever wondered what does Santa do when he’s not delivering gifts to all those who don’t skip leg day.

Arguably the most ripped person on the planet, Medrano is the calisthenics master. Dragon flags, handstand push-ups, one-handed pull-ups — you name it, he can do it. He posts crazy workout videos on his Insta page and he also has detailed workout and diet plans.

You’ve probably seen this guy on Instagram performing insane resistance exercises. It’s almost like he has trouble controlling his own body from flying away while working out so he has to put even more resistance and weight on himself.

He is a Marine Corps Veteran and a retired Law Enforcement SWAT Operator with over 18 years of real-world experience. He regularly posts workouts that would make a normal person go grasping for air just by watching them.

Anabolic vs Catabolic: Which State Is Your Body In?