The clock strikes midnight and you’re ready to hit the New Year. It’s out with the old and in with the new and improved you, armed with a fistful of resolutions. Finally, a fresh start to kick the bad habits.

But, did you know that only 9% of people who make resolutions feel like they nail it? We’ve all been there so it’s not too difficult to believe. After the partying has died down and reality hits, our sudden commitment to lose 12 lb by March isn’t so fun anymore. Hell, we’re pretty sure every cake and cookie in the city is screaming our name by January 3rd.

Fear not though, bro. According to the Journal of Clinical Psychology, folk who set New Year resolutions are 10 times more likely to genuinely change their behavior. So, there’s hope for us all yet, even if you’ve failed in the past.

Are you ready to give this clean slate thing another go? Let’s do it! Here are your seven secrets to success… 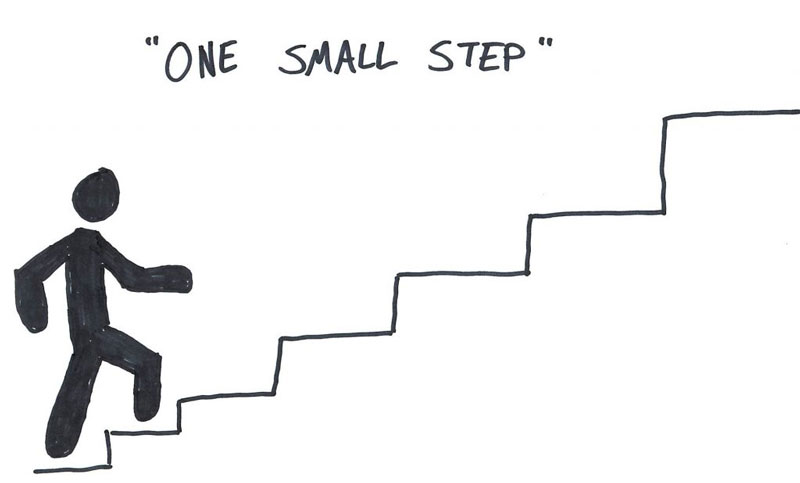 Overdoing it all in one go is a lightning fast way to derail your resolutions. No matter how good your intentions are it’s pretty much impossible to balance an entire list.

The fix? Starting small, bro. Instead of deciding to drastically change your entire behavior overnight, begin with smaller, more manageable chunks. An example of this is replacing certain junk foods with healthier options, rather than drastically cutting calories across the board.

Alternatively, you could set sights on hitting two or three AM workouts a week instead of six. While you might know deep down one achieves better results, the other is more realistic. Bad habits take years to forge and simply cannot be undone overnight.

However, by chipping away with constant and effective efforts, they can be reversed in the long run. So start small and keep achieving those little victories, bro. 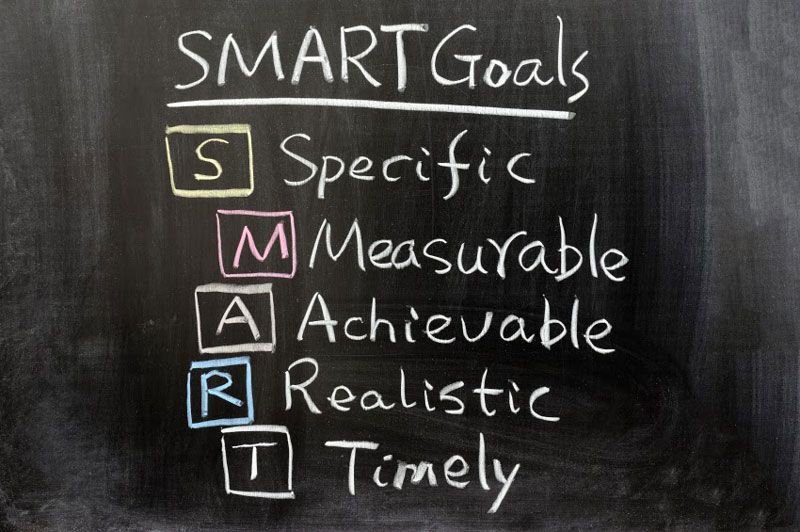 One of the main reasons New Year resolutions fail is because of bad goal setting. Now, we don’t mean committing to poor life choices, but more like ineffective, vague, or unrelated ideas.

SMART is an acronym for; specific, measurable, achievable, realistic and timely. Each aspect works alongside the other to create a goal that’s, well, smart.

An example of SMART goal setting would be to lose four pounds of non-muscle weight over four weeks. Firstly, it’s specific, because you’re going in there with the specified objective to lose non-muscle weight. Secondly, it’s measurable, because you can jump on the scales to check your progress. Most importantly it’s achievable and realistic, as one pound of weight loss per week is a healthy possibility. Finally, it’s timely, due to the four-week cut off point you’ve created.

So, when you get down to setting your resolutions, be SMART about it. Set specific and realistic goals that guide you to success. 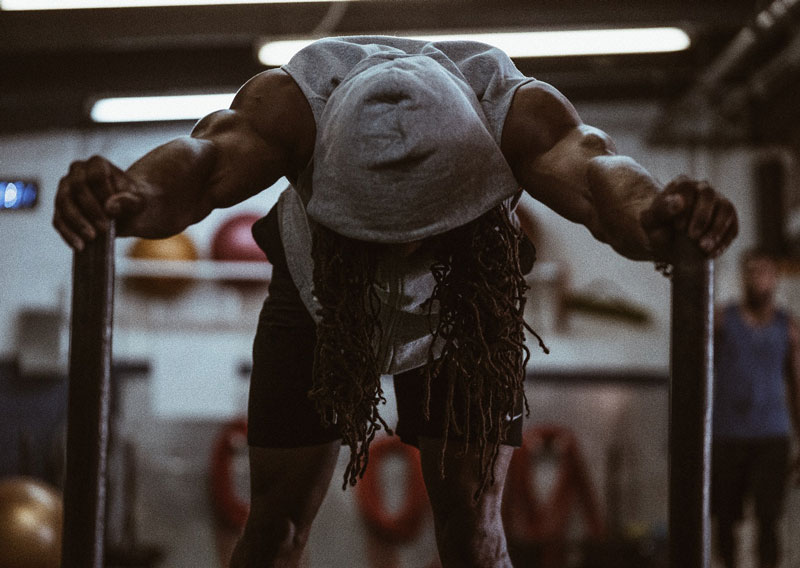 It’s all too easy to go into January with a double-fistful of promises. You’re gonna get ripped, build muscle, start that new business idea, meditate every day, and finally give up all the partying.

However, according to top psychologists, too many resolutions is a super slippery slope. It turns out you really can have too much of a good thing.

Piling so much pressure on yourself can be stressful. Rather than facing one manageable scenario, you’re now standing at the foot of an entire mountain. Suddenly everything can seem like too much to handle, resulting in feelings of failure if you give up.

According to the experts at Hertfordshire University, you should focus all your efforts one goal instead. Forget hustling your way through hundreds, bro.

It’s incredibly difficult establishing new behaviors. So, give your chosen change the best fighting chance by directing all your energy toward it. You won’t have to worry about multi-tasking to keep multiple goals in progression, meaning you’re less likely to become overwhelmed if something goes wrong. 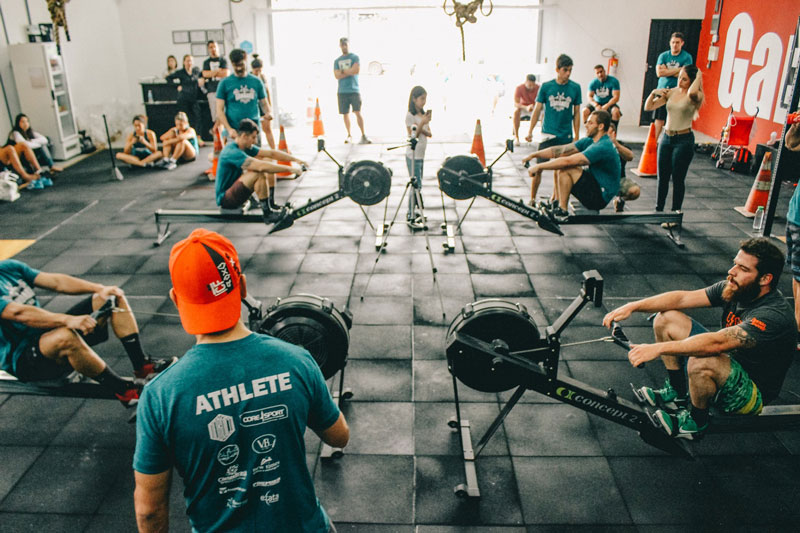 Sharing your goals is a great way to kickstart getting things done. Not only does it add a certain level of accountability into the mix, but something much better. By telling other people what you plan to achieve you begin to build a support network.

Having people around you who support your goal is awesome. They can offer encouragement when things are getting tough, or advice if you get lost along the way. Plus, when you make progress, there are other people to share the good times with, which makes the taste of victory that bit sweeter.

If you’re not sure who to share your goals with, consider looking for a group. For many people joining a class was their first steps to becoming a fitter, happier person, while others found motivation in online forums and communities.

Bottom line – let the world know what you want to achieve.

P.S. – Having all eyes on you is an awesome kick up the *ss we all need sometimes.

Just ate a donut? How about missed that “vital” workout because of traffic?

So what? Don’t beat yourself up about it. It’s not the end of the world and it doesn’t mean you failed. Everybody makes mistakes, bro, even the pros.

Take a small slip up for what it is – a minuscule clip in a blockbuster movie. Hell, save it as an out-take for the bloopers reel. Far too often people quit their New Year resolution at the slightest trip, turning what was a minor blip into a full-blown excuse to quit.

The solution? Dust it off as a bad decision or unfortunate event and move on. Everybody else did and so should you. Beating yourself up over anything that doesn’t perfectly align with your goals is the fastest way to lose motivation, or worse, cause guilt and anxiety.

Instead, look for ways to solve the problem and move forward. If you missed a workout because of poor timing you know to set off earlier next time. On the other hand, if you had to settle for a takeout muffin this morning, make sure to fix breakfast in the future. 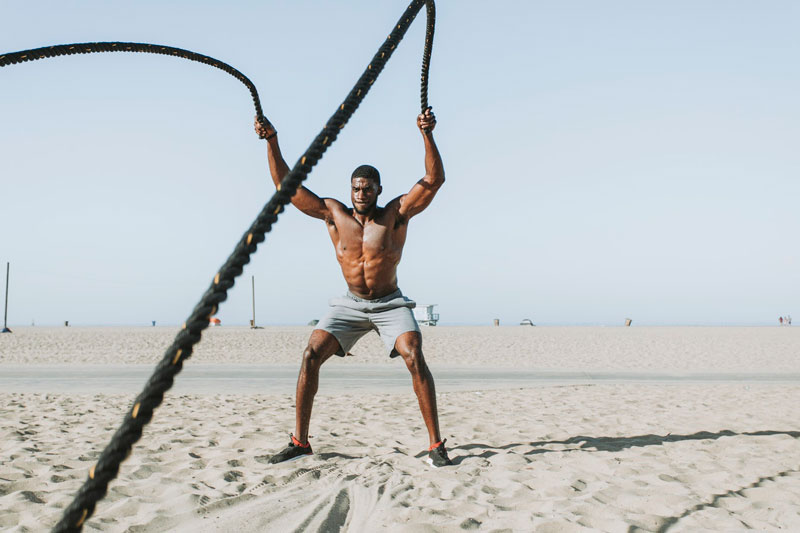 Forget following the crowd, bro. While it’s common for certain resolutions to be ‘on trend’, if it’s not personal, you’re less likely to stick with it.

Look into the future and think about what you really want from life. Is there a small personal goal you want to achieve, or maybe something bigger you’ve set your sights on?

At the end of the day, it’s your New Year’s resolution and nobody else’s – screw anyone who says otherwise. It’s too easy to feel like you have to follow the crowd. But, come on, usual resolutions are an easy way out and we all know it. Who doesn’t want to just “save more cash”?

Instead, be bold and go for something that’s important to you. Set a date for a certain body goal or sign up for a crazy obstacle course race to test your fitness. Maybe set up a savings account and plan to deposit a certain amount every week.

Whatever you do, bro, just make it personal. 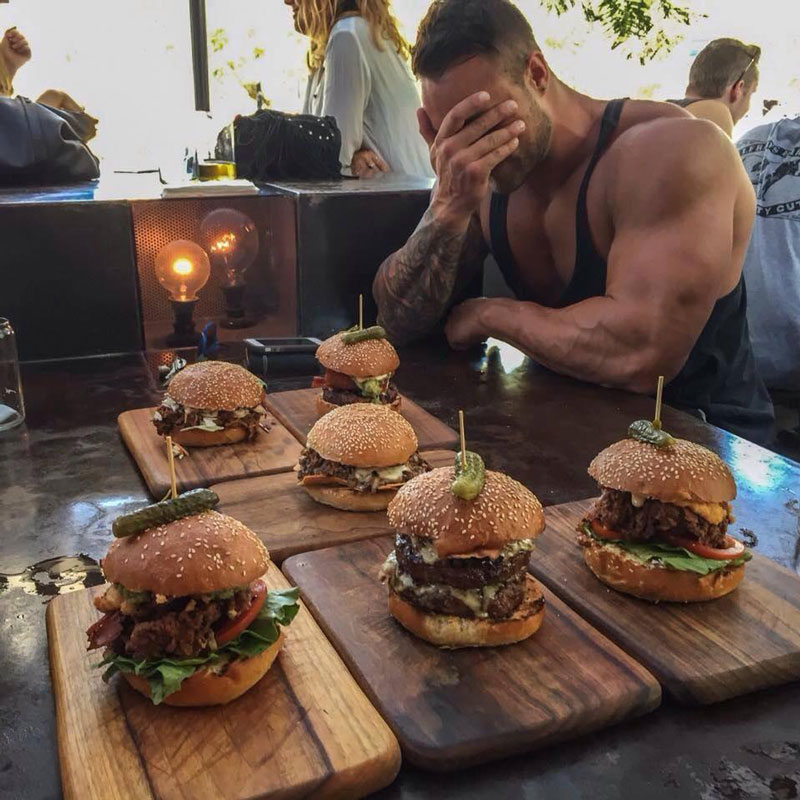 If you’re kicking ass on the daily to smash your goals, you deserve it. After all, all work and no play make for a very dull bro.

Rewarding yourself every time you smash a sub-goal has many mental benefits. Not only does it maintain motivation but helps give you a sense of progress too.

Constantly chipping away at a larger goal can feel like a forever ongoing process, so small rewards help break up monumental tasks. It also gives you a chance to take a step back and reflect on how far you’ve come.

Just try not to overdo it, alright bro? Treat yourself only when it’s genuinely deserved. Doing so will make sure rewards maintain their positive impact and don’t become routine. One idea is to plan a tasty cheat meal for the end of a hard workout week. 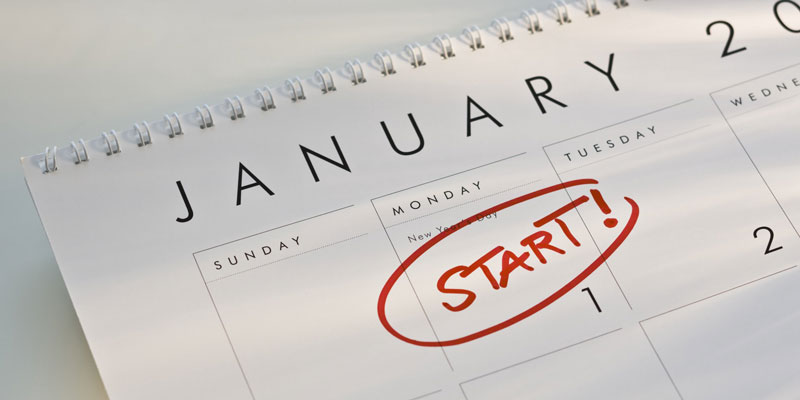 There you have it, bro. Seven not-so-secret hacks to smashing your New Year resolution(s).

The bottom line throughout the whole article is to set yourself up to achieve. Create small achievable goals that put you in the best possible line for success, then go get ‘em.

Be specific, measure your progress, and don’t be too hard on yourself if it doesn’t work the first time. The road to success is hardly ever linear and even the best battle difficulty. If it was easy, there’d be no feeling of satisfaction at the end of it.

Finally, be mindful and embrace the journey bro. Enjoy the ride and take every day as another opportunity to keep climbing your own mountain.

Good luck in the New Year brother. You’ve got this!

The Ultimate 7-Day Beginner Workout Plan to Get Absolutely Ripped