Whether you want to be the next big thing in bodybuilding or you’re on a quest to become a commando, you gotta be able to lift your bodyweight. Because if you can’t carry your own frame using upper body strength only, what the f*ck can you do, bro? Check out this guide to pull ups vs. chin ups to learn the difference and master both.

What you need to know

To the untrained eye, the pull up and chin up might look the same. But, there’s a big difference between the boxer hitting chins after sparring and an inmate sculpting his striated back with jailhouse pulls.

Learning what sets each move apart from the other will help you smash your physique goals quicker. So, if you want your workouts to be as effective as possible, pay attention bro.

Both moves require bros to hold fast on a bar and pull themselves upwards. Your chin must clear the bar or at least level with the hands for a rep to count. Swinging the legs for momentum, disgusting CrossFit kipping, or glancing slightly over the bar is not acceptable. Suck it up, hit ‘em like a man, and don’t cheat yourself.

Regardless of grip orientation, both the pull up and chin up are upper body exercises. Together they target the same muscles, but to what extent is dependent on hand setup. As you’d expect, a narrow grip chin up is not gonna have the same impact on one area as a wide grip pull would. We’ll cover this in more detail, don’t worry.

Both exercises can also be progressed (made harder) by adding weight. Think back to the last time you saw a Judy Dench looking dude smashing a set of sweat-drenched pulls with a weight hanging from his waist. You’ll probably remember the sound of the chain rattling and scraping against the metal plate – that’s the sound of hard f*cking work, bro.

The pull up is a favorite of firefighters, servicemen, bodybuilders, athletes and prison inmates across the entire world. Why? Because it’s one of the best bodyweight exercises you can do almost anywhere, as long as there’s a bar handy.

Both pull ups and chin ups mainly target the muscles of the upper middle back. More specifically these are your traps, lats, and rhomboids that make up the crinkled roadmap wings of a calisthenics expert.

The delts and arms are also worked in both variations. Yet, it’s the chin up that targets the arms most due to higher amounts of bicep activity.

Here’s what you need to know about both… 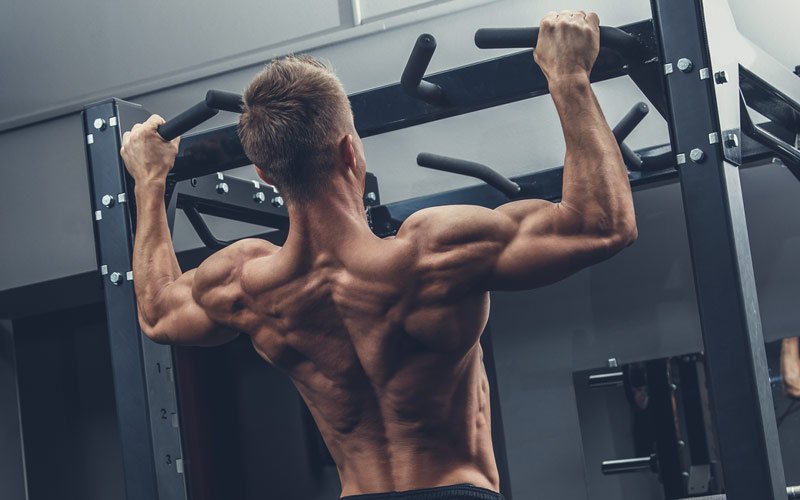 Grip set up for the pull up is traditionally pronated with the palms facing away from you and wrapping over the bar. Another common term for this positioning is ‘overhand gripping’.

Because the pull up features shoulder adduction, AKA drawing the upper arm into the side, it’s awesome for loading up the lower lats. As you reach the apex of your pull up you’ll feel this area fire away – so keep that grip wide and squeeze the life out of those lats, bro.

As always, there are certain variations used to really snipe out muscle groups. Whilst wide grip overhand pulls are pretty much the universal standard, neutral and towel grips are the other two most common options.

Neutral grip pull ups are performed with both hands facing inside on parallel bars, usually at or just inside shoulder width. Because they spread the effort across many muscles these guys are awesome for working up to the real thing. Master the neutral grip first if you’re a total newbie until you’re strong enough to go wide.

Not tough enough, bro? Towel grip pulls certainly separate the alphas from the betas. If you’re looking to rear a ripping grip, opt for these forearm thrashing suckers. Wrap a towel or two around a bar and grab that instead. Whilst there’s no evidence to suggest they’re better for the likes of your traps they’ll boost you bone-breaking grip strength. Combat athletes take note.

Related article: How to Get Bigger Forearms and Wrists – Godlike Arm Workout

Chin ups are just another variation of the pull up. Yet, because of their extra emphasis on the biceps they’ve come into a class of their own.

Rather than offering up an overhand grip, chins are performed using a supinated hand position. In layman’s terms this means the palms face the lifter like they would at the top of a barbell curl.

Rewinding to the back, chin ups are a champion for smashing the upper lats. Double them up with wide grip pull ups for a complete upper posterior like a fighter jet.

It’s acceptable to say that the chin ups are an arm exercise too. This is because they’re a beast for working the biceps, as the muscles main function is forearm supination and elbow flexion. Both movements are present in the chin up – first when you grab the bar, and secondly as you power up to the top.

There is even some research showing the chin up is more effective for upper trap activation. So, if you’re looking to turn that shoulder slope into mass up to your ears, drill your chins bro. 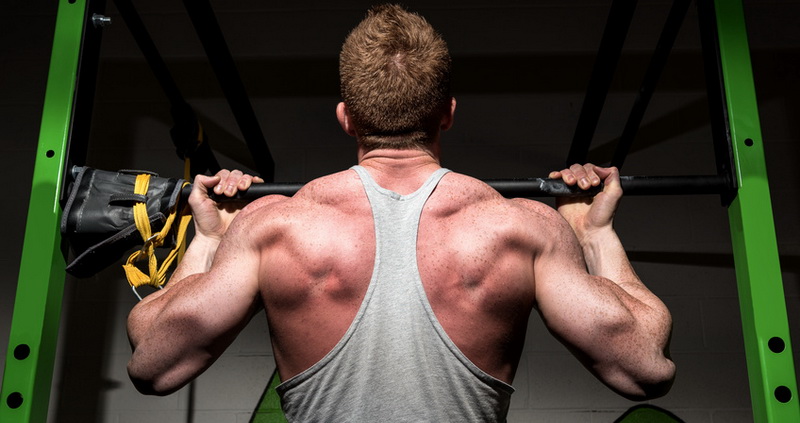 Hitting the perfect pull up

How to crush the chin up

Related article: Mass Without Iron – Can You Build Muscle Without Weights? 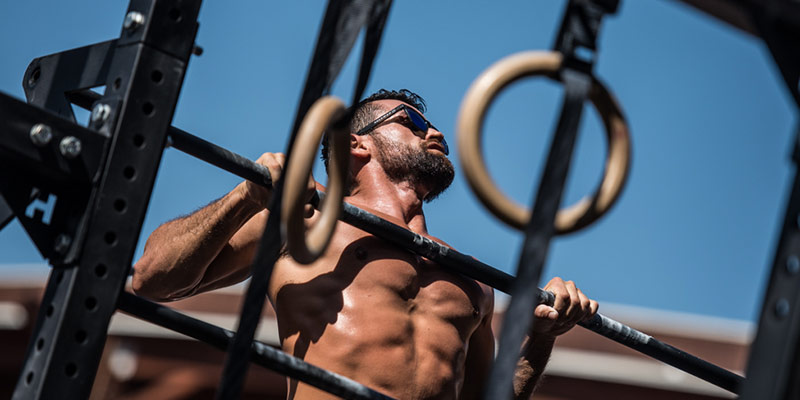 Now you’ve got the basics it’s time to lock down your bar game. Use these top 10 tips to take your pull and chin ups to the next level.

Weightlifting Belts: All You Need to Know, Pros & Cons

Box Squats: The Why, What and How - All You Need to Know About Box Squats