When it comes to modern day bodybuilder athletes, William Bonac has it all. From his grueling workout schedule he’s got the mass, the aesthetics, the cuts and the symmetry.

Where he really excels is his huge legs and imposing arms.

The Ghanaian IFBB Pro regularly graces the stage at 225 lbs, and is often compared to greats like Kai Green.

In fact it was Kai, as well as Flex Wheeler that inspired Bonac to start his journey to getting jacked.

Not only is his nutrition solid, his training is a no bullsh*t, high-volume approach that makes the gym his downright b*tch.

And most of all… it’ll get you jacked like a muthafuarker.

Follow this workout program gifted from the man himself.

If you want to carve out a physique to rival that of IFBB Pro William Bonac you’ll have to put on your big boy pants.

This isnt the time to hit the gym half a$$ed.

It’s a real opportunity to develop a huge, jacked, athletic physique to make the jaws and the panties drop.

We remember back in 2016 Bonac when came 5th in the Mr Olympia. Even then you knew he was fast developing something special – he even came ahead of Winklarr and McCarver then too.

He’s the winner of numerous competitions including of course the 30th Anniversary Arnold Classic. The guy’s got a decent series of wins under his belt now and is really dominating the sport.

Prepare to get put yourself through some bone-shattering, muscle-splitting workouts that’ll target every fiber of your body and engorge them with blood so much that the pump will drive you insane.

Keep it simple with your muscle split

The man that Jay Cutler once referred to as “the future of bodybuilding”, has perfect proportions. He’s known in the iron game as ‘the conqueror’ and we can see exactly why.

Born and raised in Ghana before he eventually moved to The Netherlands, Bonac began hurling weights around at the tender age of 13 as a way of boosting his athleticism and releasing stress.

His approach mixes a full-on, frenzied gym assault with an educated, mentally-resilient attitude.

You’ll not get a physique like The Conqueror on two or three day splits or the odd full-body workout here and there.

Get ready to wear out your gym membership card. 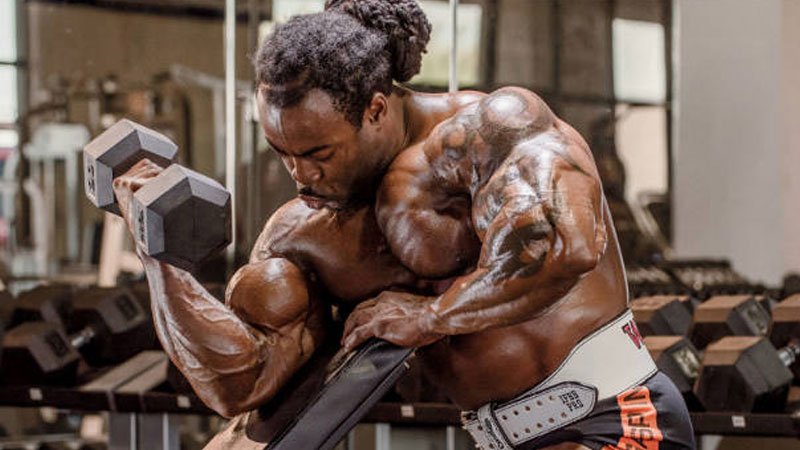 Following this split allows you to target each major muscle once per week, but absolutely annihilate it in terms of volume-load.

The way in which the muscles are split through the week allows hard training in each session, but without soreness from the previous muscle group affecting it.

Last of all, there’s plenty of recovery with two pre-determined days off. It’s pointless ramping up a sh*t ton of work through the week if there’s no opportunity to kick back, grab a protein shake or five and restore that damaged muscle tissue.

Because as you know brahmigos, if you don’t rest, you don’t grow.

Here’s an example of one of William Bonac’s chest workouts:

One thing that The Conqueror does so well is fight through the fatigue barrier like his life depended on it.

There’s no pussying out before the game gets hard for as Bonac.

He pushes and squeezes every last rep out of his muscles before they give in to huge amounts of and by-products and metabolites.

When you complete high reps with heavy weights you maximize mechanical tension. This is turn leads to a surge in hormones and growth factors that results in muscle cell growth.

William Bonac is huge because he strives to work harder than anyone else. He knows exactly how to trigger the adaptive process and trains as much like a strength athlete as he does a bodybuilder.

A big fan of front squats

You don’t get quads like Willaim Bonac by being a pussy, avoiding squats and using just the leg extension once-per-week. 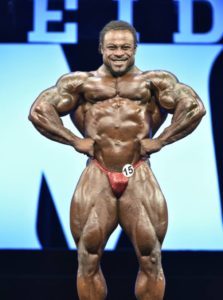 Ironically, his quads had always been a weaker muscle of Bonac’s. He struggled to add mass and symmetry to match his already jack as fuark chest, delts and arms.

Things have certainly changed though as his legs are now his best feature.

Bonac prefers to hit front squats more than back squats because they target the quads more. It also reduces strain on the lower back too because front squats help to keep you upright due to the position of the bar.

Most people b*itch and moan about front squats… but if you really want to develop pants-splitting wheels you need this in your life.

Bonac focuses on going as heavy as possible and doesn’t let his form slip at all, maintaining good technique throughout the reps.

It’s a good idea of course; if your form slips on front squats your spinal discs will probably slip too.

And the last thing you want is to f*uck up yo sh*t brah.

Load up your guns and go heavy on arms

With a mix of both free weights and fixed machines, Bonac’s arm workout is simple but effective. He’s ]crafted out arms that set the tone for his while physique.

Many of the judging panels at bodybuilding shows suggest that William Bonac’s arms have helped him score highly during competitions.

And we can definitely see why.

In terms of those horseshoe triceps he favors triceps extensions, high-rep dips and a going heavy on triceps-based fixed machines.

William Bonac’s workout program ticks all of the boxes when it comes to mass attack, strength and pure, unadulterated aesthetics.

In you want a physique like William Bonac you’ll need commitment, resilience and unbreakable resolve. Lift big, lift heavy and lift frequently and watch your physique develop like The Conqueror.

Testosterone Booster with D-Aspartic Acid: Get Jacked with D-AA