Core strength is essentially what keeps us bros from crumpling into a weedy mess in the iron house. It goes far beyond throwing out a few crunches, back extensions and showing off our washboard abs for the chickas. It’s the basics of being strong.

What even makes a bro, strong? Do we measure it in how much he can make a bench bar bend? What about how many trucks he can pull without breaking a bead of sweat into his pristine snapback?

At SpotMeBro we believe strong means you can handle your sh*t. In short, it’s all about how well equipped your entire physical vehicle is. Not just singled out parts.

Because let’s face it, we’re all one big huge ass stacked as a Hummer truck unit. Everything is connected and at the centre of our jacked AF muscle-verse is it’s core. A vital army of muscles that attaches our ripped torso to our giant wheels, transferring energy from both.

That’s why keeping it strong and healthy is so important. Science bros in long white coats and thick rimmed glasses say so anyway. As inferior have core strength is proven to fast track you onto the first and fastest flight to injury city.

Bro, listen in for a moment! Injury = time out of the gym sitting at home getting tubby drinking Mountain Dew.

Now slap your imagination for even picturing you as that bicepless Doritos dusted dude.

The core, you mean abs right? 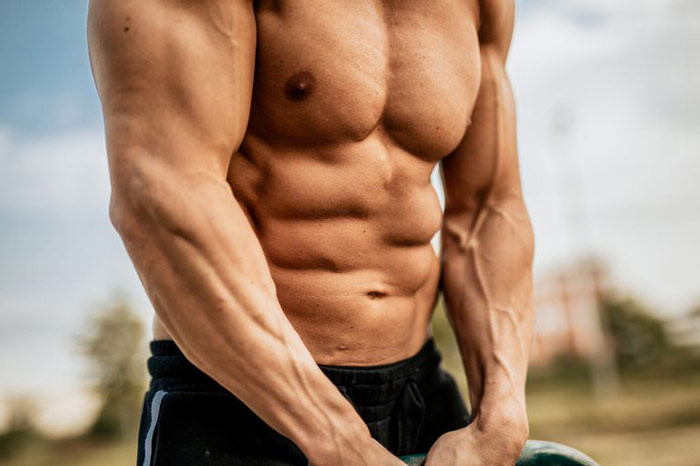 Nope, non and nein. Calling your panty-dropping, rippling abs your actual core is the most bro science misconception going. It’s even worse than only focusing on the muscles you can see, or that anything over five reps is cardio…

In fact, the core is a huge group of muscles that encompasses nearly everything except from your limbs. Without them we wouldn’t have the ability to lift heavy, catch up on our Tinder homework or even take a post-super-set selfie.

To be perfectly honest, without these muscles gravity would simply fold us in half. Which’d be seriously embarrassing, considering our traps are actually the size of two well-fed baby bison.

Our core muscles are hands down the most active group in the entire body. Whether we’re sitting on the XBOX, flexing in the club or strutting it over at the squat rack, our core is in action 24/7.

At first this seems a little crazy. But, consider the fact that there’s actually 29 pairs of muscles moving through three planes of motion to keep us balanced. Makes sense, right?

Major Muscles of The Core

Okay, we’ll stop being total smart asses for one minute and bring you up to speed. Because not everyone can recall every single muscle belonging to the core at the drop of a protein shaker.

So, to make you seem like you’ve been benching 300 with nothing but your mind, here’s a list of it’s major muscles:

Minor Muscles of The Core

Because the core is such an expansive part of the human anatomy, there are also a whole lot of minor muscles involved too. These include the:

The Real MVP For Strength 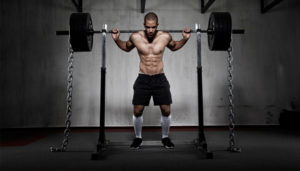 Without a capable core we can’t even consider forging strength anywhere else. If it fails, then any movement we’re trying to achieve is frankly impossible.

No matter how many belts we strap up or shots of pre workout we slam – it just ain’t gonna happen.

Imagine the core as a stable base from which everything else emerges. Almost like a tree trunk, with branches instead of limbs. Its main objective is to simply stay as solid as a rock, supporting every single movement we make.

That’s why when it comes to strength, an unbreakable core is a bro’s most valuable player.

For example; it’s these muscles that keep the spine in neutral alignment through a colossal set of EZ-bar curls. Alternatively, it’s the above vital fascial groups that keep ground shaking deadlifts safe and grant you the right to bend the bar another day.

Without a sufficient ability to handle this standard of stress, a weak core causes over-compensation. Simply put – a greater risk of injury occurs, and/or you embarrassingly drop the weight.

Did you know that arguably the most important core muscles are the transverse abdominis? Of course you did, bro. After all, they do an awesome job at stabilizing both the spine and the pelvis for the ‘gram.

Those internal and external obliques do a pretty stellar job too. Handling lateral flexion and rotation stuff like an absolute boss.

The diaphragm should definitely get a mention, too. You know, for facilitating breathing and making it possible for us to power through insane WODs and giant-sets.

It’s the big ass bundle of muscles included in the erector spinae that straighten and rotate the back. Whilst the multifidus readies our lower back for movement, and the pelvic floor conducts everything as it should be in the bathroom department.

Taking all this into account, surely it’s now painfully obvious why we should do more than just crunch ourselves a sexy set of rectus abdominis. Even if that’s what makes the ladies weak at the knees, we don’t want the same happening to the rest of our incredible physique.

5 Benefits of A Strong Core 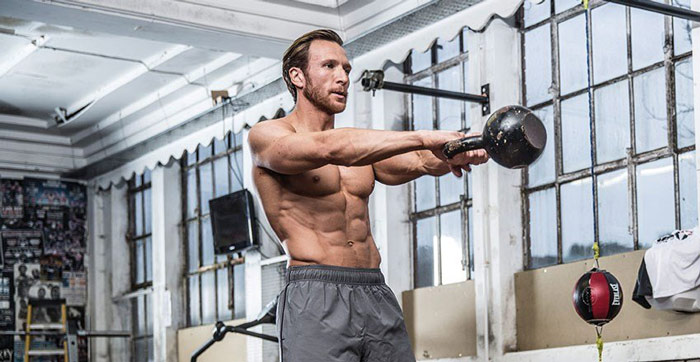 You’re probably reading this because you’re a dedicated bro who does everything he can to find an edge in the weight room. So, by now you’ve intelligently worked out that a strong core seriously translates well to lifting heavy loads.

A strong AF core is your ultimate friend with benefits. And whilst it might not Netflix and Chill quite like you’re used to, it does come with these added bonuses:

Every single one of the above mentioned is something directly related to working out. Consequently, they could be the golden ticket to unlocking your hidden gains potential or busting through a stagnant plateau of average-ness.

Let’s break it down… 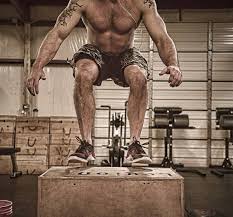 You’ll inevitably see your athletic game sky rocket due to a stronger set of stability muscles. Everything you do will be bigger, better, stronger and faster.

This is because the link between your upper and lower body will be optimized for prime performance.

Also, the torso will not crumble under pressure when it is called upon to act as a stable supporting launching pad.

For example, force development won’t be sacrificed during a powerful Olympic lift because your lower back starts to cave in and the kinetic chain breaks down.

Alternatively, you won’t have to let your CrossFit team down because your inefficient strokes are causing you to slump into the row machine. Your forged in fire central muscles will keep you upright, meaning no energy lost between the machine and your limbs.

To clarify, no matter the sport, a strong core paramount. It is the key to accelerated improvement and consistently on point performance.

As we manoeuvre around this planet, we’re consistently fighting a powerful foe in gravity. The weight of our own bodies pulls us both this way and that as our centre of gravity changes with every motion.

So, it should come as no surprise that studies have actually shown that developments in core strength can improve balance. Which, in turn, is awesome for us bros…

Remember the path from puny newbie to fully fledged boulder for shoulders bodybuilder? Well, you’ll inevitably recall that the weights came up with you, changing size and mass like their master.

Increased mass = a greater role gravity plays in resisting its movement. Therefore, as the numbers go up, it gets harder to remain balanced during a lift. A durable core allows us to control these heavy weights, bagging us gains reserved purely for the denchest, dedicated few. 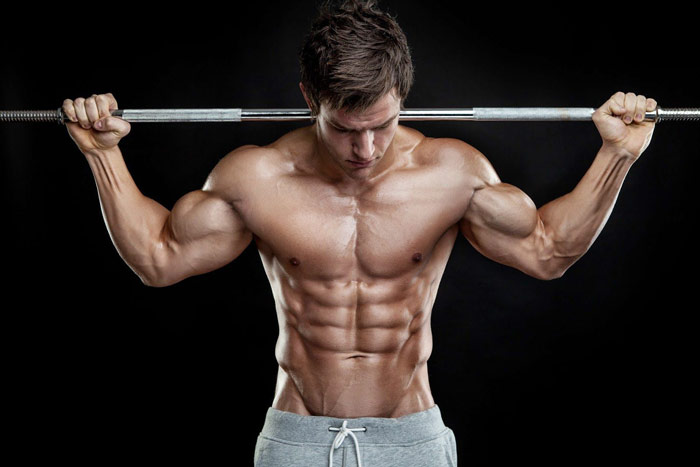 By better supporting the spine, resilient deep core muscles can improve our overall posture. For a bro who lives and dreams alpha-shit; standing straight, projecting powerfully, and properly presenting our physique is everything.

As usual though, it isn’t always what’s on the outside that counts. Poor posture due to inferior central musculature can lead to:

Now, take any of the above issues and stick it into your currently impeccable bro body. Pretty terrifying, right?

Making the most of core specific exercises when training powers up your body for alignment. Working out in this way significantly reduces your chances of creating imbalances and helps to fix any that already exist. 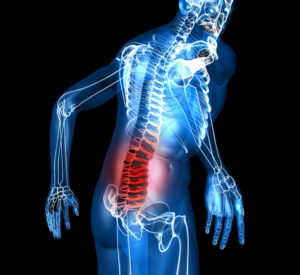 If we had a dime for every time one of our gym buddies complained about back pain we’d be balling.

In fact, we’d be so rich, we’d buy an entire island dedicated to working out. All the gym chicks were a solid 10 or above, and every day would be topless Tuesdays.

Okay, let’s get back to why we’re here though. Back pain is a massive issue for many bodybuilders and it’s often caused by sup-par abdominal musculature.

A weak spot in this area shoots our risk of injury straight skywards. That’s because where our core fails in supporting the spine, our less convenient back muscles take over.

The result is a less than ideal strain on the supporting muscles. Proceeding towards extra stress placed around the spine, and finally, a stiff and sore back.

It’s common practice in physio-therapy to give patients with back pain (especially) core strengthening exercises to alleviate it. So, don’t be afraid to include stuff like hanging leg raises or kettlebell planks into your already sleek routines to keep you under the bar.

We’ve pretty much explained how this happens in the previous four points. But, just to clarify, an increased overall ease of movement makes bro life just that little bit sweeter.

A stiff back no longer wakes you up in the night, getting out of the truck at gas stations is effortless and a pick-up game of football does wonders for a social release.

Moving easier with less fatigue and pain certainly makes for a more enjoyable day. You’ll find you have less energy spent trying to descend a flight of stairs and more for, you know, important things like leg presses…

If all of the above isn’t enough to convince you to go balls deep into core strength, just consider this… Your entire life could become a whole lot easier with just a few extra exercises. (Disclaimer: Unless your biceps still suck.)

Time to Level Up Your Core Strength

Bro, if there’s one essential fact to take away from this breakdown, it’s this…

You’re only ever going to be as strong as your core allows.

That’s why it’s so important to consistently train and improve it. Especially when you beast the rack and start handling the big boys.

Finally, remember to research and utilise exercises that target the inner most muscles as much as the panty-droppers. Throw these into a workout, create a fortress around that spine, and unlock a whole new level of gains.

For more on how to unleash your inner strength building demon, check out: