It’s so easy to spot when our pecs are popping. Shirts start rippin’ and chicks get drippin’. Boom!

But, what about our brain gains? Maybe not so much. We don’t know any dudes who’ve picked up a hottie with a math equation lately.

Plus, we’ve definitely never seen anyone mind-lift a barbell like that crazy Magneto guy from X-Men movies. Imagine doing curls with your brain, like some kind of mad bro-science fiction scene. Brah.

But research shows that lifting weights might still be changing our bodies in more ways than meets the eye. As guys who take part in vigorous strength training may be improving their cognitive functioning.

Cognitive functions are cerebral activities that in one way or another sources knowledge. So, pretty much any way we mentally grab hold of information. Include reasoning, attention, language and memory.

Which all play an important part in picking up gym chicks, learning what supplements to take, or remembering where we parked our car.

More importantly though, cognitive function helps a bro out when it really matters. That’s what we use when working our a % of our 1RM, or whether it’s safe to do different exercises.

There’s many ways to boost cognitive performance including diet and lifestyle changes. But we’re not here for that crap. Just tell me getting Judy makes me smarter, bro! 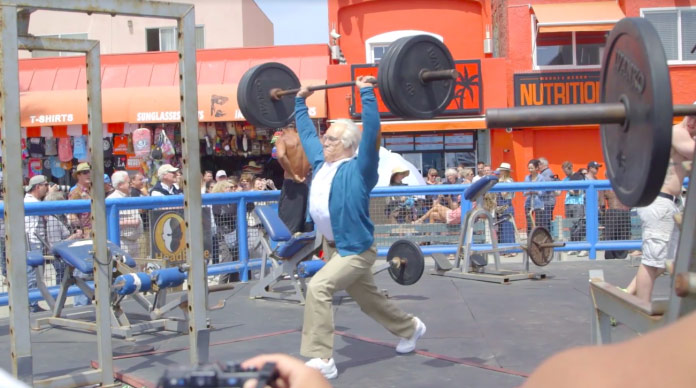 Science suggests that lifting heavy weights can improve your memory significantly in later life. Which is good news for all the dudes out there sweating in the rack.

Researchers from Australia put together a study of 100 people aged 55 to 85, who each had some form of mild cognitive impairment. Which is a precursor to Alzheimer’s disease.

These test subjects were randomly divided into two groups. One side lifted weights at a max intensity of 80% twice a week for six months. The others did a bunch of stretching instead.

Each test subject took part in a cognitive function test at the very start of the study. The data gathered was then compared alongside another set of results, gathered 12 months after the study ended.

The results showed that the lifting group saw much more improvement than the stretchers. Plus, those with the highest strength gains also bagged the most impressive boost in brain power.

Building Brains for the Future

Experts have estimated that by the year 2050, 135 million people will live with dementia. So, it’s pretty important we get our old gym buddies back on the benches ASAP.

According to Dr. Mavros of Sydney University; “The more we can get people doing resistance training like weight lifting, the more likely we are to have a healthier ageing population.”

Even hitting the weight room as little as twice a week can be enough to kickstart cognitive conservation. But, dudes have got to hit it hard if they want maximum gains for their brains.

Since the study, Professor Maria Fiatarone Singh of the University of Sydney says; “The next step now is to determine if the increase in muscle strength are also related to increases in brain size that we saw.”

She also states that the university want to find the optimal way to prescribe exercise for cognitive benefits. Which would mean massive advancements in helping delaying the onset of degenerative brain diseases.

Why You Shouldn’t Skip Leg Day 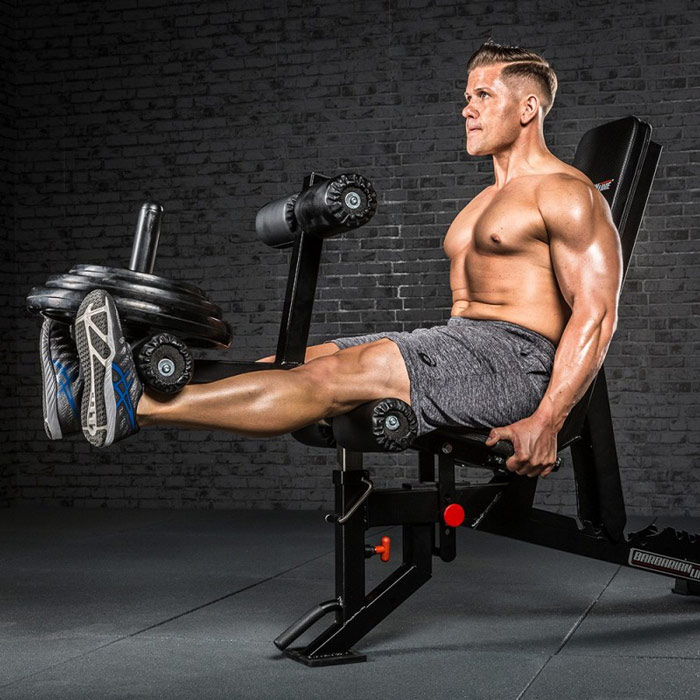 In the same year of the Sydney study, scientists on the other side of the globe also found similar results. However, this time they studied the effect strength training had on the younger mind. So, listen in kid!

Just as in the previous study, results gathered at Georgia Tech showed that even a short time under the bar can get results. Concluding that training under load for just two days a week can get the brain as jacked as Phil Heath’s back.

At the start of the test, experts at Georgia Tech showed the study group 90 different images on a screen. These featured photos varied from positive scenarios to grizzly scenes, with neutral pics thrown in too.

Sh*t got real with the grizzly scenes, we’re not gonna lie. These photographs included pictures of dead bodies and other gnarly grimness. Obviously, shocking the test subjects and making them feel uneasy.

The neutral pics were clocks. But, no-one cared because they’re boring.

Can You Even Remember, Bro?

Then, after being exposed to the images, the subjects were split 50/50. Like, in two groups and not down the middle Game of Thrones style. Let’s call them “Squad A” and “Squad B”.

Squad A carried out 50 leg extensions at max effort like beasts. These dudes came to party!

Squad B did nothing and sat in the chair whilst the machine moved the weight for them. Not cool, bro. That sort of thing hurts us inside.

48 hours later both squads tried to remember 180 photos, including the original 90 pics.

Results showed that those who didn’t lift remembered around 50% of the images. Not bad for a  bunch of skinny dudes.

However, those who lifted (AKA The Swole Patrol), recalled 60% of the images! That’s what we call gains, brah.

Do You Even Chill, Bro? 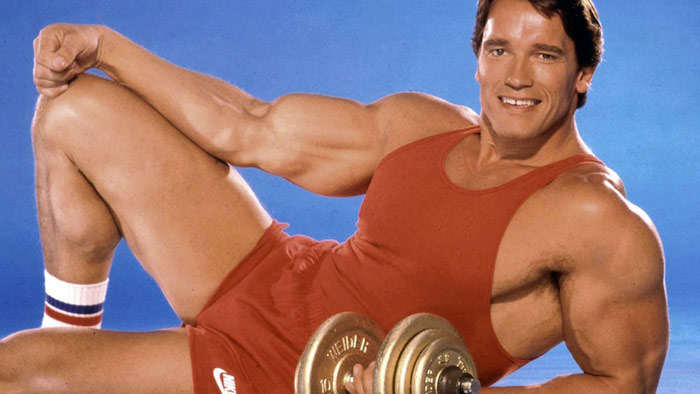 Strength training also has a positive indirect influence on cognitive function. In fact, all exercise does to some end.

We all know the feel good effect of working out with the bros. Hell, even plugging into a fire playlist and stacking to a new PB can make our week. You know, real alpha sh*t.

This is because when we exercise, our brain rewards us with a solid hit of positive neurotransmitters. Plus, later on after exercise we’ll get a healthy flow of good times endorphins.

One important neurotransmitters triggered when lifting is serotonin. Which is a chemical that helps us to regulate mood, sleep, social behaviour and even sexual desire.

This means you might wanna keep it in check to be a beast in the bedroom. Well, if you want to be able to socialize well too we guess. It’s a lot harder to find a spotter when you’re a d*ck.

By strength training and promoting a healthy flow of serotonin, we indirectly increase our cognitive functioning abilities too. How so you ask? Well dude, it’s pretty simple.

When we feel good, are brain begins to relax. We can think clearly and make decisions quicker without hesitation.

Ever tried to make a snappy decision on a super stressful day? Tough ain’t it. But nothing gets a guy zenned out like smashing a great strength session.

So, next time you need to call upon some serious brainpower, get that bar loaded son! It’s probably the reason you can remember so much of that bro science.

To Sum It All Up 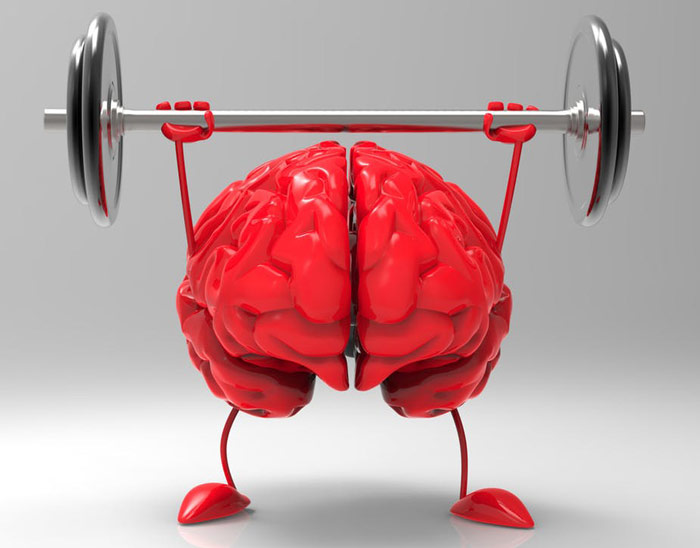 To put it simply, strength training is good for the brain. Not only will it help later in life, but it also gives us an advantage whilst we’re still young bucks.

There’s also the added benefits of triggering positive neurotransmitters that help in real life. Higher scores in a controlled memory test is cool, we ain’t denying that. But being able to quickly recall info to your boss or understand hypertrophy studies is some real life sh*t.

Bro, if you’re gonna remember anything, make it this! All the test subjects that lifted worked hard. A little pump-up before hitting the club ain’t gonna turn you into a muscled up Albert Einstein.