When talking about modern bodybuilding the conversation quickly tends to steer in the “yeah, but Arnold and those 70’s Gold’s Gym guys were the REAL deal” direction of endless “Pumping Iron” nostalgia. 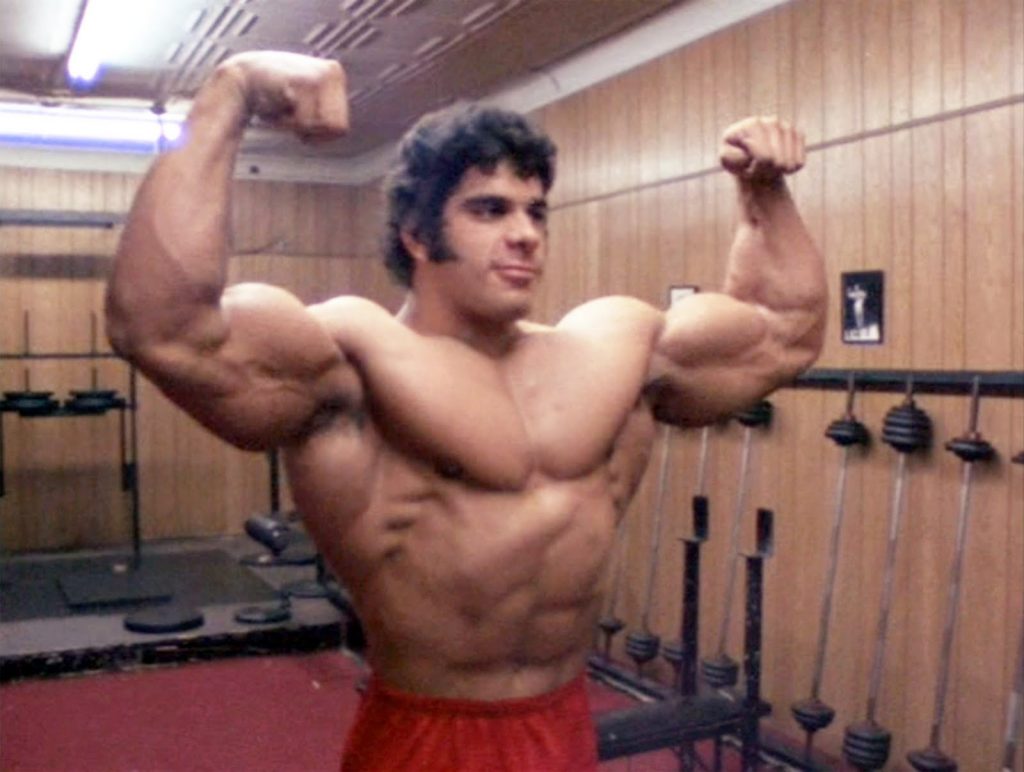 It’s not that there’s something wrong with today’s bodybuilding it’s just that seeing guys like Phil Heath working on various fancy isolation machines, we tend to have fond memories of the old school exercises — before everybody had a 4-in-1 exercise machine collecting dust in a corner of their living room. 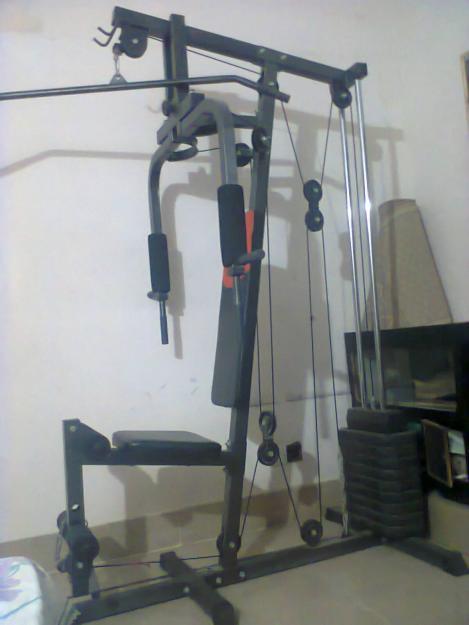 So for this occasion, let’s look at some of the old school exercises that got Arnold Schwarzenegger to Mr. Olympia and Lou Ferrigno to Incredible Hulk. 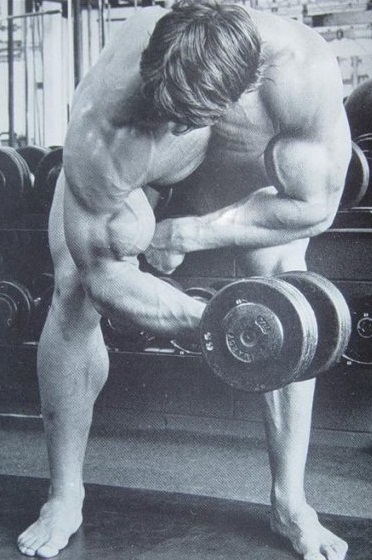 Let’s continue this “feel good” vibe with some good old-fashioned curls. Barbell curls, dumbbell curls, concentration curls — the secret to Gold’s gym era guns was a simple one. They just picked up heavy things and curled. Barbell variations work both of your arms at the same time, dumbbell ones work each arm individually, but the real trick is in the concentration curls. They really put an emphasis on pumping your muscle. The best way to do this is to sit on a bench and place your elbow on the inner side of your knee and start curling. 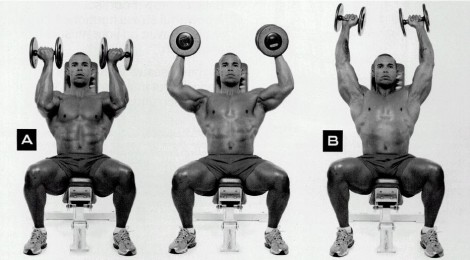 No point in stating the obvious, but as you already know the Governator himself used this exercise to pump his shoulders. It’s a great exercise because as you rotate the dumbbells you work all three heads of your shoulder. The anterior, posterior, and the medial heads. Don’t force heavy weight on this one, instead use medium resistance and go for a high rep range instead. 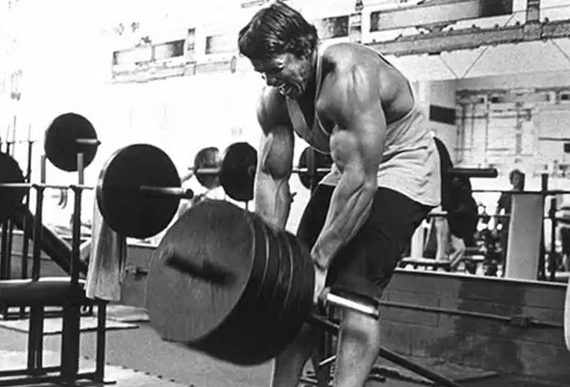 Do you want a cobra head-like back? T-bar rows are the solution you need. If you don’t have a rowing station, take a standard barbell and stick one end somewhere in a corner and load the other with the desired weight. Now grab a handlebar from a triceps extension cable and start rowing. This will add to the overall thickness of your back.

Sometimes the easiest solution is the best one. Why do fancy stuff when dropping down and banging out some push-up reps is just as an effective. Now, it should be clear that even though push-ups are great for developing your chest, they won’t build you a bodybuilder’s chest all on their own. Do a set of a dumbbell flat bench chest flys and superset it with elevated push-ups. Now that’s a killer exercise that will give you a barrel chest. 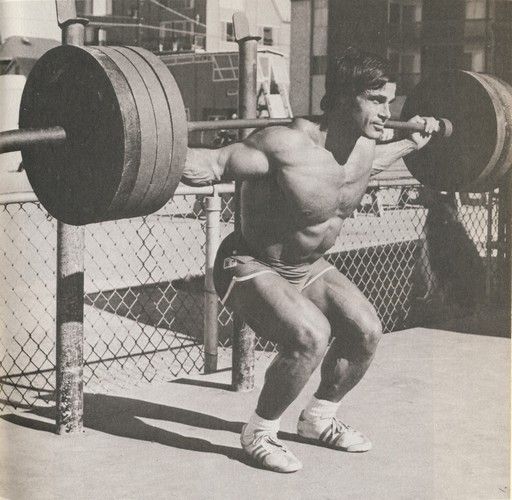 Time to finally hit the legs. Old school guys kept it simple, barbell squats, hack squats and leg extensions. Not much to say about the squat, it’s one of the basics in lower body strength and muscle building. Start with a lighter weight and gradually increase it until you can squat 405lbs while maintaining a casual smirk on your face, like Franco Columbu in the picture above. 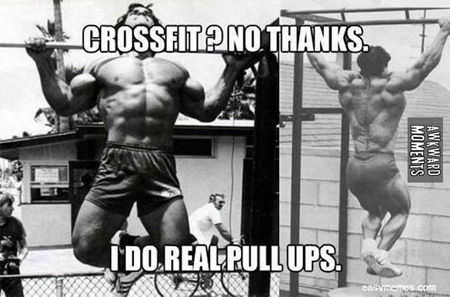 It doesn’t get any more old school than this, a bar above you and you pulling yourself up until you can’t pull yourself up anymore. Pull-ups are great for back, shoulders, arms and chest. You can make a giant set consisting of lat pulldowns followed by pull-ups. That’ll hit your upper body like crazy. Basically, combine pull-ups with any kind of upper body exercise for more bang for your workout buck

Like this article? Check out some of our other stuff:

10 Most Underrated Exercises For Men

Bros Reveal the Most Common Mistakes Women Make in Bed

The 6 Best Shoulder Exercises You Should Be Doing