Calum Von Moger has made something of a name for himself ever since a video shot for fun went viral on YouTube. Since that day Von Moger has shot to the top of the A-list of fitness personalities. Being the likable guy that he is, it’s hard not to follow him on Instagram or watch his YouTube videos. Apart from the Aussie’s charisma, he looks quite a bit like Schwarzenegger, no?

One thing that Von Moger is well-known for is the amount of muscle that he carries around on that six-foot-two tall-ass body of his. It’s not easy gaining muscle — especially if you have a fast metabolism like he does.

In a recent interview with Bodybuilding.com, Von Moger answered some questions with regards to training his biceps. Without further delay, let’s take a look at Von Moger’s bicep-building laws.

1. The Most Overrated Bicep Exercise?

According to Von Moger, the single-arm low pulley bicep curl seems to be the most overrated. 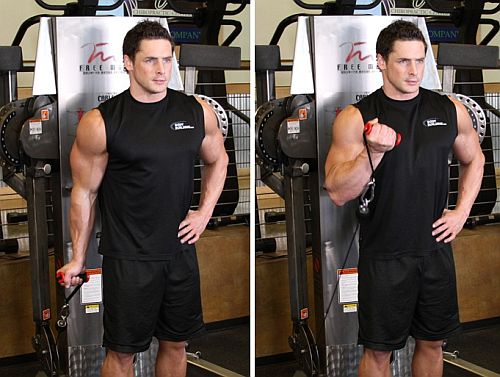 “The single-arm cable curl done from a low pulley. [If you’re too close to the pulley], any movement of your elbow away from your side can lessen the tension on the biceps as you bring the weight up.”

He continues “In fact when your hand is above your elbow, the biceps are in a resting position [when your arm is fully contracted]. Here the load is on the elbow, not on the biceps. The elbow needs to stay back by the side, rather than coming forward as you raise the handle. Take a couple of steps back from the pulley to keep tension on the muscle.” 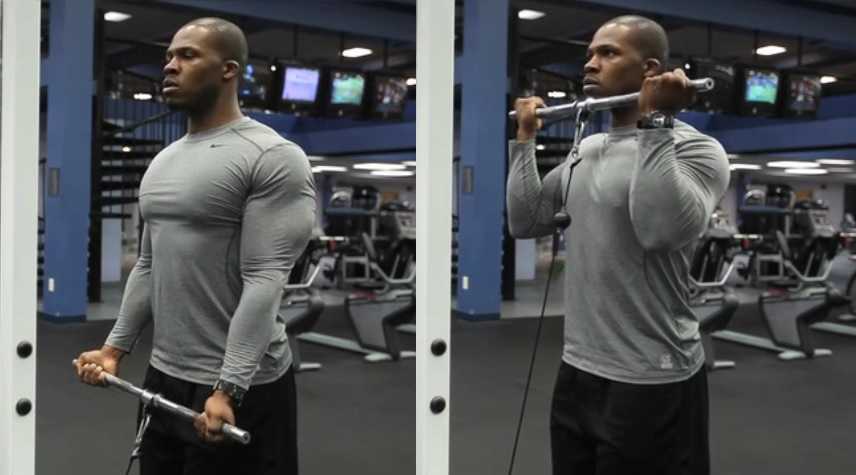 Here the load is on the elbow, not on the biceps. The elbow needs to stay back by the side, rather than coming forward as you raise the handle. Take a couple of steps back from the pulley to keep tension on the muscle.”

2. The Most Underrated Bicep Exercise?

Von Moger rates that the standing bent-over concentration curl to be the most underrated. Usually, this exercise will be performed in the seated position, but if any of you have watched the hit-film docu-drama, Pumping Iron, then you’ll have noticed that Arnold performed his concentration curls this way. 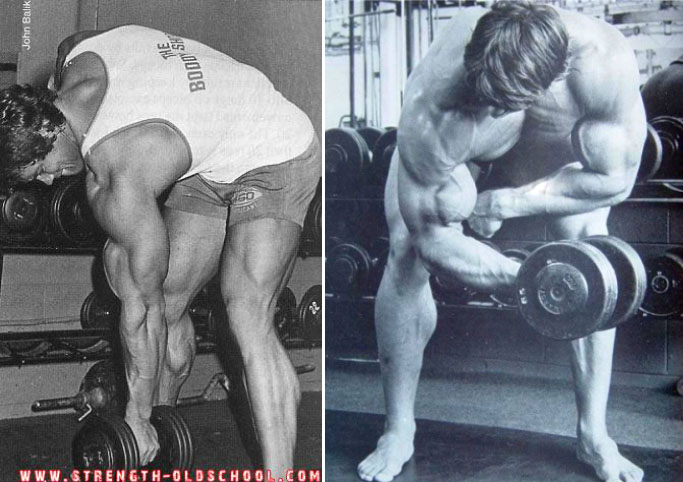 When performing concentration curls in the standing position, it really isolates the bicep. It almost feels as if your bicep peak is going to tear through your skin.

“Done correctly, it’s one of the best biceps exercises and really isolates the peak, giving height to the biceps.”

3. What Does He Do to Get More Out of Preacher Curls?

In past experience, the preacher curl has worked well in aiding me to isolate the two separate heads of the biceps. Because the elbows are in a fixed position, it’s easy to maintain the same angle between your wrists and elbows. 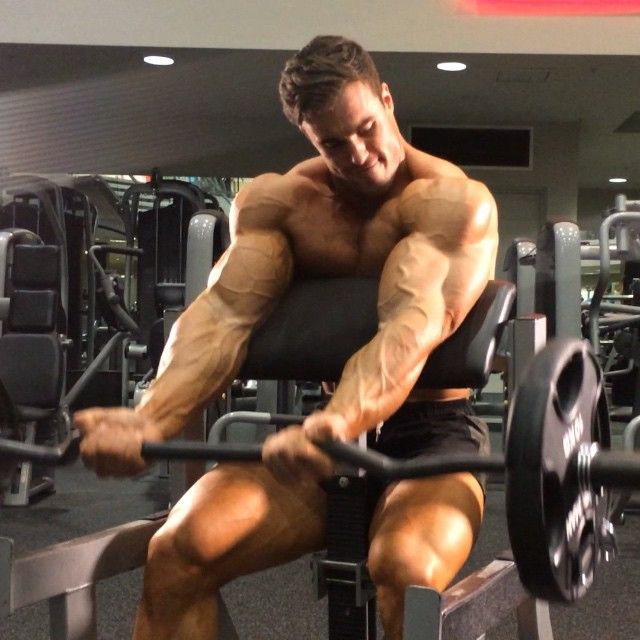 Von Moger prefers to do 1-2 warm-up sets to get the blood flowing all through his biceps and then proceeds to do multiple working sets of 10-12 reps. And when he is unable to perform any more reps he’ll either do a drop set, reducing the weight by around 25 percent, or he’ll do six partial reps from the bottom till halfway, and then from halfway to the top.

He’ll also have his training partner push the weight down, creating a more difficult situation, especially in the eccentric part of the movement.

“I believe the eccentric is just as important as the concentric phase, but it’s neglected by a lot of trainers. You can do a lot more muscle damage with negatives,” says Von Moger.

4. Which Intensity Techniques Are Essential for Growth?

Von Moger is a big fan of doing drop sets and forced reps. He also likes to incorporate cheat curls when doing bicep curls with a barbell. 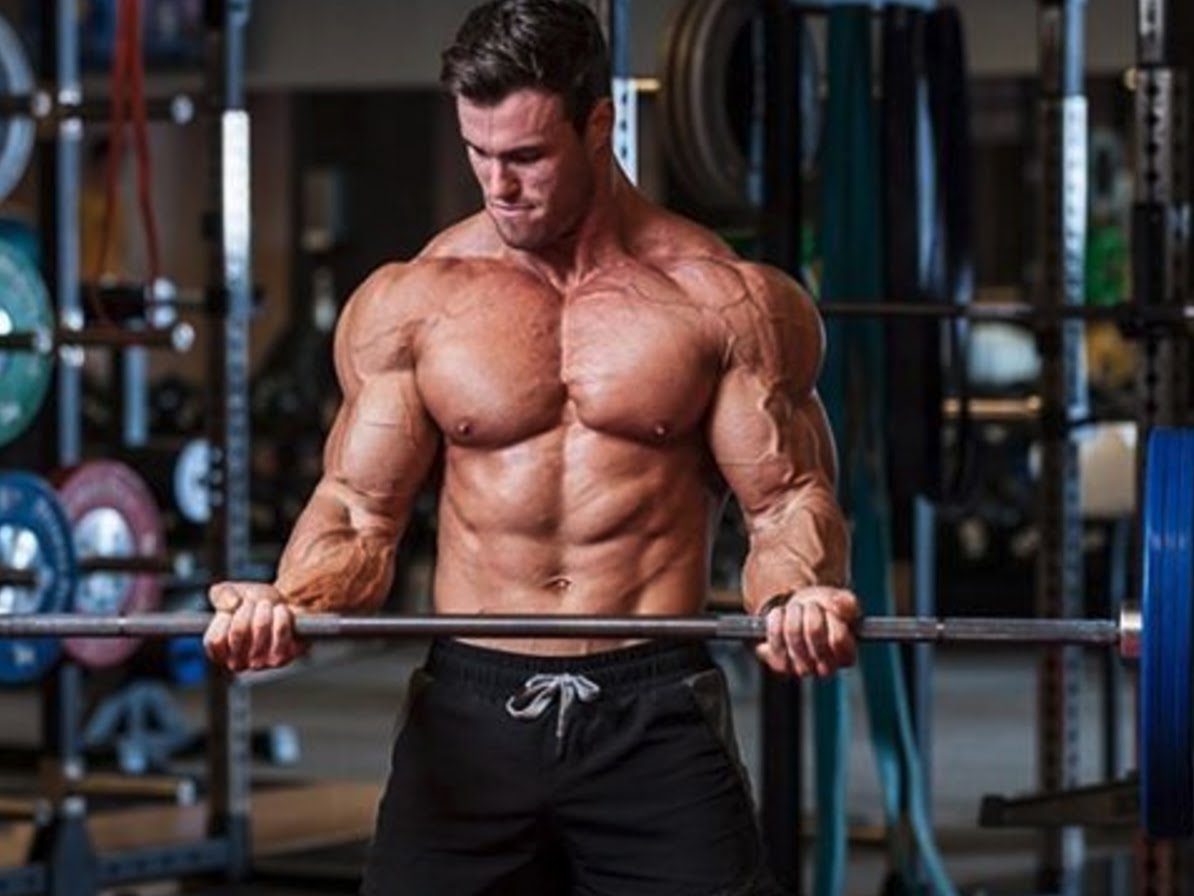 “Most people don’t understand the concept of a cheat curl and how it can actually help. With cheat curls, you do as many crisp reps as you can, but rather than setting the bar down when you reach a sticking point, you generate just a little bit of momentum through your knees and hips to keep the set going. 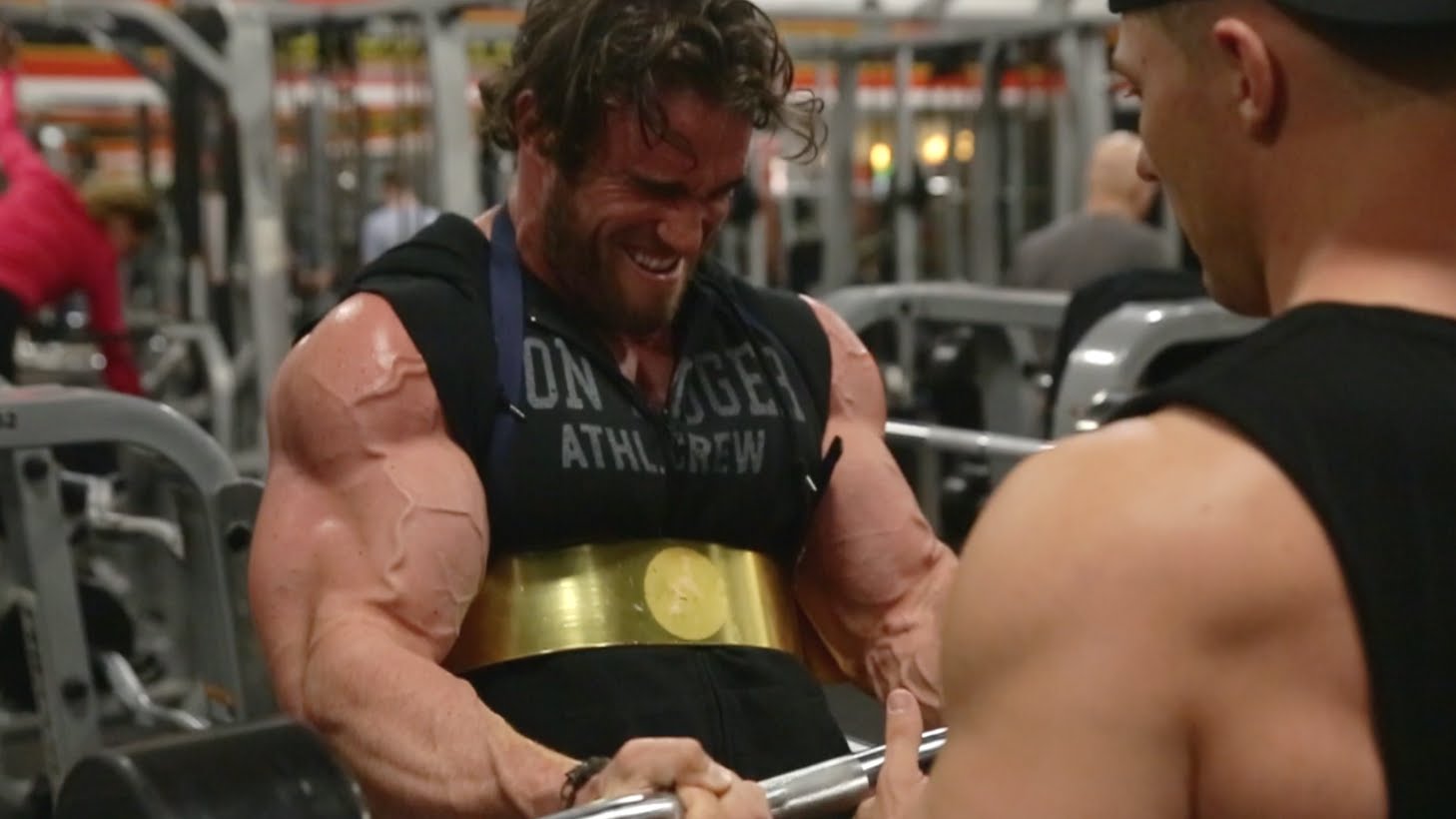 This will enable you to complete a few extra reps than you ordinarily would’ve been able to do.”

To generate a tighter contraction on the outer head of the biceps, Von Moger likes to supinate his wrists as much as he possibly can. Meaning that he turns his wrists outwards, pushing his pinky fingers as high as possible.

5. Best Way to Increase Intensity Without A Training Partner?

“Preacher curls, because I can get a really good mind-muscle connection and my arms respond quite well to these. I find this short-head movement provides continuous tension from the bottom to the top of the range of motion. I give it a good squeeze in the peak-contracted position.” 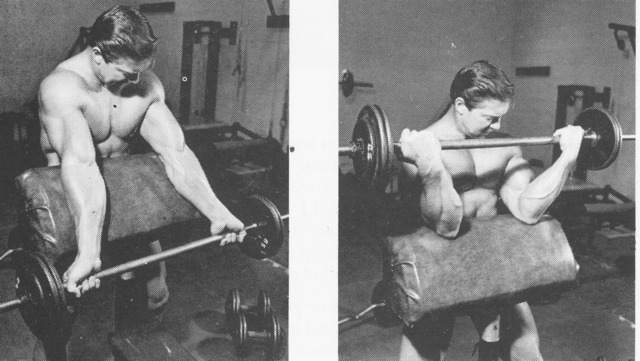 Remember Larry Scott? He was the first ever Mr. Olympia, and he was quite well-known for his incredible arms — he even sported 20-inch guns at the age of 50-years. Well, can you guess what his favorite bicep exercise was? You guessed it; preacher curls.

Von Moger likes to start off his bicep session with standing curls; using either a barbell or an EZ bar. His set schemes for standing curls are typically two warm-up sets and two heavy sets. Following up with lighter detail work by doing dumbbell, preacher, and concentration curls. For these “lighter” exercises he focuses on performing three sets to failure — which will be around the 10-rep mark. 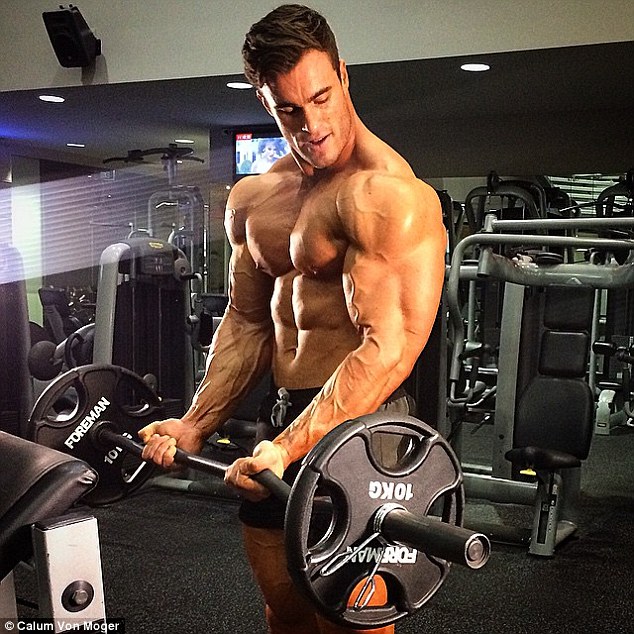 He states that he likes to use lighter weights when he’s around the six-week-out mark from the Mr. Universe competitions. He does this to get the most detail out of his arms.

“Lack of focus. The key, I think, is the mind-muscle connection. If you don’t achieve it, the workout suffers and you’re essentially going through the motions. Staying focused means keeping distractions away,” says Von Moger. 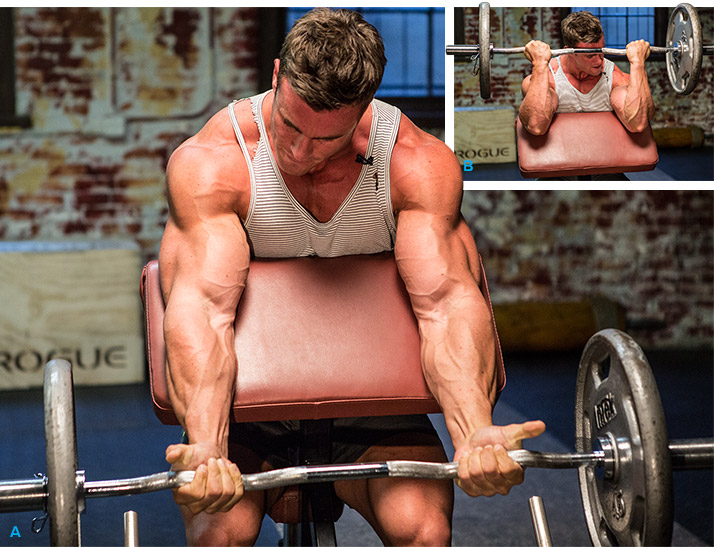 Have you ever gone into the gym unfocused? How were your contractions, or your muscle pumps? I’m guessing that they were weak as balls. When you’re feeling a lack of focus, don’t train. You’ll end up doing more harm than good — I’m mainly referring to psychological harm.

Von Moger says that early in his career he would get carried away lifting as heavy as he could. He says that when training like this, you become more susceptible to tearing a muscle — something that can end your dreams of becoming one of the top competitors in the game.

“Today I don’t approach my biceps training like that. I’ve realized I don’t have to be hitting those super heavy weights to be making gains.”

As a young competitor, Von Moger used to mostly perform EZ bar curls rather than straight bar curls. He says that when he switched over to the straight bar, his bicep gains shot up dramatically. 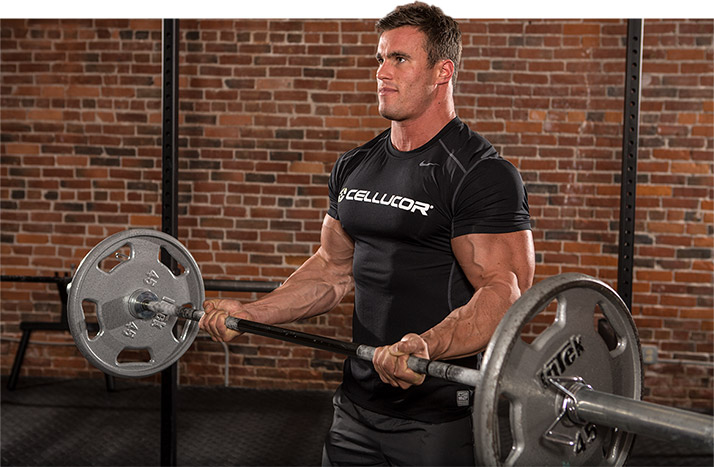 “…I really think I was able to put more quality size on my arms by doing the Olympic curls at the start of every workout.”

We understand that curling in the squat rack is a big no-no, and therefore we don’t encourage it. Rather use an Olympic bar when the gym is empty, or if your gym has multiple Olympic bars, grab one and perform your curls where you won’t be in anyone’s way. We get it, you’re big and everyone should move out of your way and just deal.

When Von Moger started out, he used to train arms three times a week. Why? Because he enjoyed it. His secret to getting big arms is by just enjoying it.

“So obviously you’ve got to enjoy training biceps and pushing yourself hard. Just do the challenging heavy movements first and the isolation exercises at the end.” 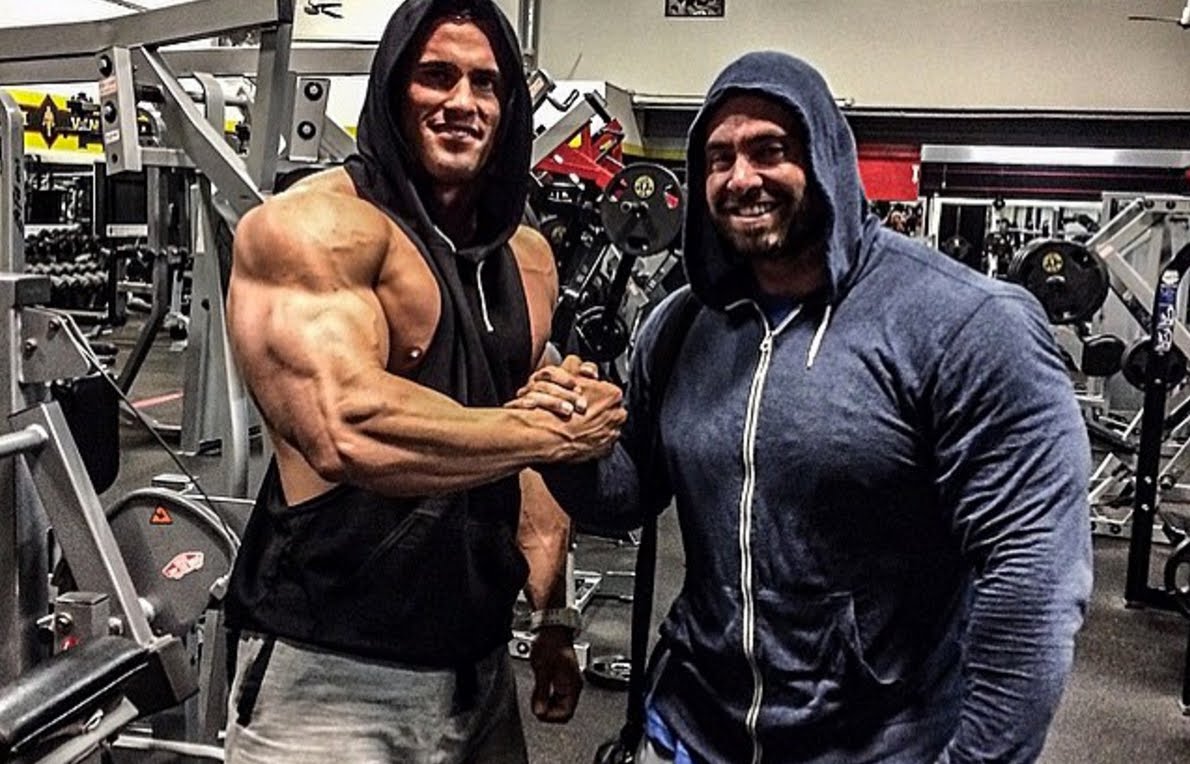 11. Favorite Way to End Off A Bicep Session?

Preacher curls. Calum likes to do drop sets on the preacher bench by first doing heavy reps and then reduces the weight and continues to rep it until he reaches failure.

“I do this several times. How much weight to drop is a bit intuitive; it just depends on how I’m feeling.”

12. How Frequently Does He Train Arms?

Von Moger says that his arms are his strong suit and that he had to decrease his arm workout frequency in order for him to keep his arms in proportion to the rest of his body. Currently, he trains arms just once a week, keeping the total sets for biceps at around 10 sets. This is a drastic cut compared to the 20 sets that he used to perform. 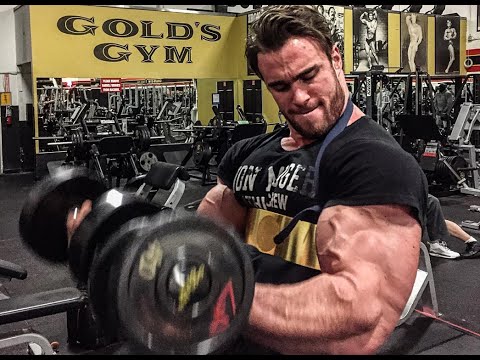 And there you have it. Calum Von Moger’s take and experience on his knowledge pertaining to training the biceps. Utilize his advance to your advantage and see your biceps grow!

7 Secrets to Getting to 7% Body Fat