Most people who work out to look good would all agree they would look even better if they lost about 10 pounds of fat. For most guys, it’s pretty easy to get to around 12% percent body fat. As long you consistently workout and don’t f*ck up your diet you should be able to lose weight with ease.

However, once you get to around that point, that’s when the fat loss stops and you hit a plateau. You’re not exactly sure what’s causing it, what to do or why that damn prick you don’t like at the gym seems to have ripped abs and you don’t. Either way, it could be several reasons. Here are seven practical tips that you can actually use that will help you get that lean, ripped, chiseled physique that you’ve always wanted and will make all your friends jealous of your chiseled abs.

This is the first one for a very good reason. You might have hit a plateau in your fat loss but that still doesn’t mean the laws of thermodynamics stopped working (It usually just means severe water retention or other factors causing weight fluctuations). If you are consuming less calories than your body uses, you WILL LOSE WEIGHT PERIOD. You might be thinking something like “but I already cut my calories,” “I don’t eat very much,” “I can’t lose weight no matter what I do.” 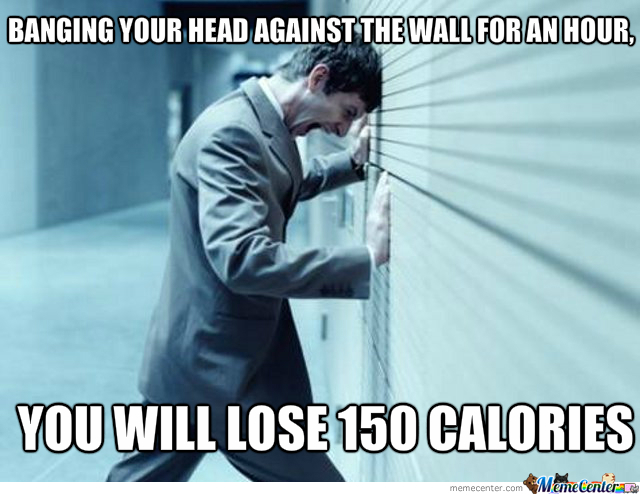 Accept the fact that all of those are bullsh*t excuses you are making up. If calories didn’t matter, there wouldn’t be people starving to death, yet we all know that it’s a daily occurrence (as much as we’d like to ignore it). Make sure you are counting your damn calories so you can maintain a caloric deficit, lose fat and get ripped. 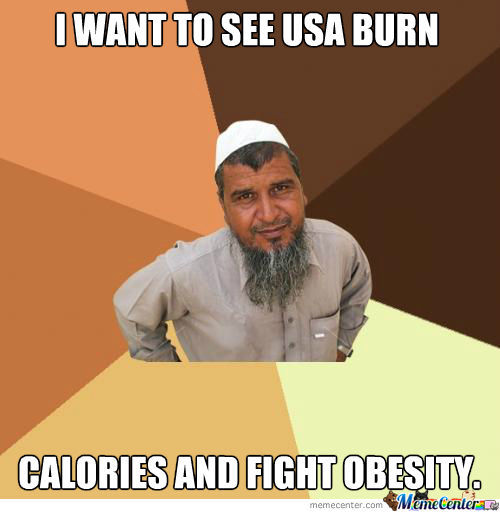 Protein tends to be placed on a pedestal by bodybuilders, fitness junkies and anybody doing low-carb dieting. Which they are right to be doing since protein is without a f*cking doubt THE MOST IMPORTANT macro that you should always be counting. It’s what allows you to build muscle through protein synthesis and what allows you to maintain it on a cut, so make sure you get enough protein.

Protein is also the most satiating macronutrient. You can test this out yourself too: eat 300 calories of protein, 300 calories of fat and 300 calories of carbs by themselves on separate occasions. Unless you are only using protein powders, nine times out of 10 you feel the most full by eating protein. This makes it critical for when we are trying to manage our appetite to avoid pigging out and ruining any chances of getting our goal physique.

Fiber is not just good for making you crap and fart. It helps keep you full longer, control blood sugar levels and normalize bowel movements, all of which indirectly help you burn fatt. If you want to control your cravings so you can burn more unwanted fat, then you would be wise to include more fiber-rich foods in your diet.

The following is a small list of fiber-rich foods:

Including enough of these in your diet will help you full but too much could make you bloated, gassy and feel like sh*tting all the time.

4. Pick the right kind of carbs and fats

It’s not just enough to know that we are getting enough carbs and fats in our diet, but we’ve also got to pick the best kinds. Even though you can hit the bulls-eye on your target macros with different foods, not every food will have the same effect on your body and make you feel the same. For example, you can easily eat 100 grams of carbs from candy or you could get 100 grams of carbs from potatoes. Which one do you think will make your body feel better, obviously the latter.

It’s not just enough to hit our macros, we have to choose the foods that will make us feel the best and have the best effect in terms of satiety. If you want to get to seven percent body fat and get ripped abs, don’t eat foods that will keep you hungry and make it even harder to eat fewer calories.

The following is a list of foods that rank high in satiety:

One of the things you might notice once you get to below 10% bodyfat is that you will be hungry more often. The fact is as that as you get closer to “ripped” body fat levels, your body thinks you’re starving so it will signal for you to eat more to prevent that from happening. It can be pretty tough to fight that feeling, that’s why so few people look ripped and at the most they look decent with a shirt on. 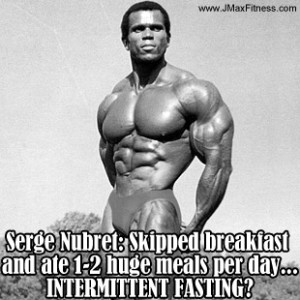 However, one of the ways many successful people have found to overcome this is through intermittent fasting. The simplest way it can be done is to skip breakfast and push your meals later into the day so you will feel fuller throughout the day when it’s tougher to resist. Contrary to popular bro science, intermittent fasting won’t make you lose any muscle or slow your metabolism (as long as you’re training properly and still getting in right macros). 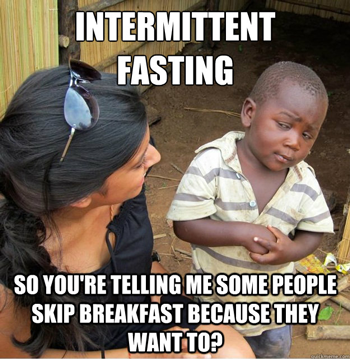 Another reason it works so well for getting ripped is that larger less frequent meals have been shown to have a more satisfying effect on appetite. When you eat too frequently, essentially you’re training yourself to get hungry at the time you normally eat. Even if your body doesn’t actually need the food, you would still get hungry simply because your body has accustomed to eating at that frequency. 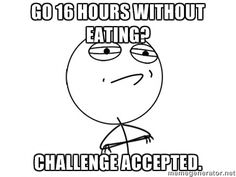 Try it out for yourself, it might take a while to get used to at first, but once you do it will be easy to do all the time. However, not everyone will do it because it’s not for pu55ies who can’t go without food for a while.

Most Americans run on caffeine every single day yet they don’t use it the best way possible. Caffeine, whether coming from soda, coffee, tea or anything else is really useful, not just for energy but also for getting ripped. It has an appetite suppressing effect that you can use on yourself, it works best on an empty stomach, that’s why when combined with intermittent fasting makes getting ripped so easy.

The best way to do it is in small doses about three hours after waking up. You can slowly drink black coffee, diet soda or green tea (zero calorie drinks) that will tell your stomach to shut up and quit whining. Although many people will hate on “saving your calories,” it actually does work (if your macros and training are right). Make sure you assess your tolerance, then slowly start using caffeine that will let you eat bigger, tastier meals while getting ripped abs and a body that turns heads.

No matter how fast you’re losing fat, you would be lying if you said you didn’t want it faster. Everybody has suffered through this at one point or another, but one of the best things you can do for yourself in terms of long-term fat loss is to take two weeks off from dieting. Essentially what you want to do is eat at maintenance calories for two weeks to help reset some of your body’s adaptations to dieting because your body will start to adapt.

If you have ever dieted for several months, you’ve probably noticed that you start feeling terrible, sluggish and just feel like pigging out. Those are signs that you need to take a dieting break to reset your body’s physiological adaptations which will allow you to lose fat faster once you come off the break.

It’s tough to do, especially when you want to get ripped now, but rest assured that if you play your cards right and take two weeks off (doesn’t mean forget about dieting and pig out), then your body will reward you for it.

May we also suggest:

How To Get A Six Pack

6 Moves That Will Get You Massive Arms In 12 Weeks

10 Things That Prove Once and For All That You Lift

Which Are The Best Exercises for Each Muscle Group? 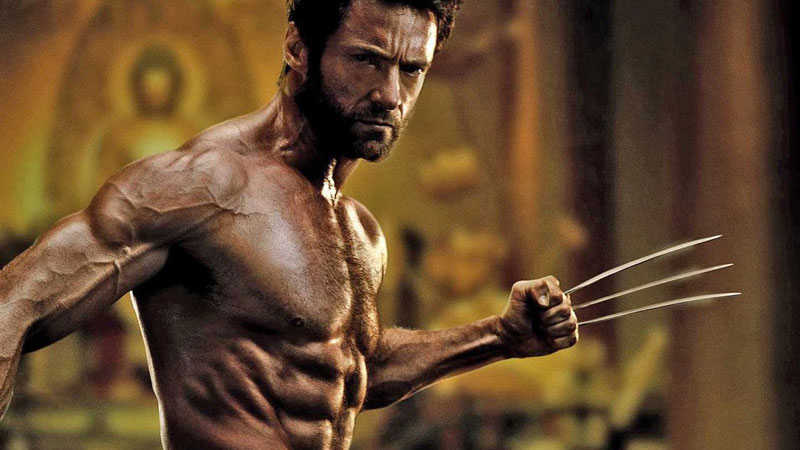 7 Steps to Getting a Perfect Shredded Body 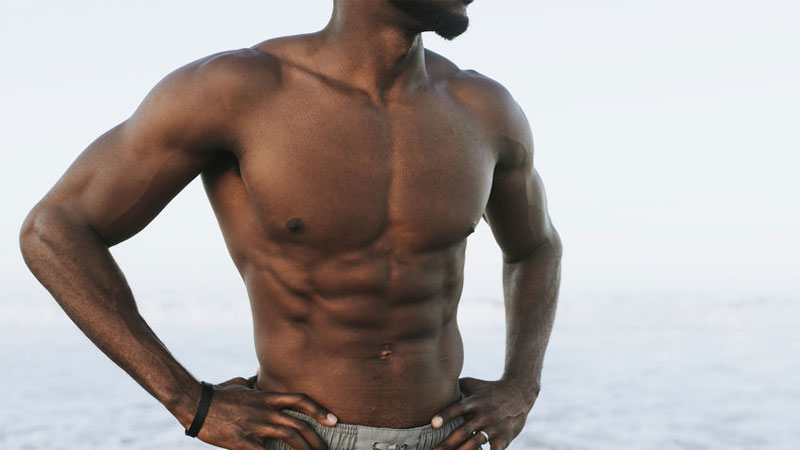 How to Get Ripped, FAST – Diet & Workout Guide 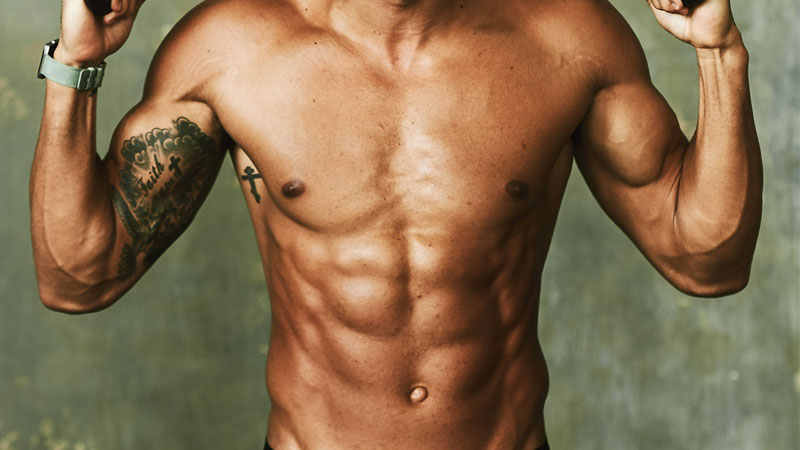