It’s only natural to look for the ‘fast route’ to success. In most cases, it’s impossible to speed up results with your only answer being hard work.

However, in this particular instance, cutting your time on the treadmill by performing HIIT (High Intensity Interval Training) has shown to benefit your T levels more than jogging for hours.

We’ll explain more about this later in this article. You’ll also learn:

HIIT is an acronym for ‘High Intensity Interval Training’. It’s also referred to as ‘burst training’ or ‘sprint interval training’, and is basically a more efficient method of getting your cardio completed, in or out of the gym.

The total time you perform HIIT is up to you. But usually athletes choose to complete between 10-45 minutes, so you can see why it’s considered to be more time-effective than steady state cardio. 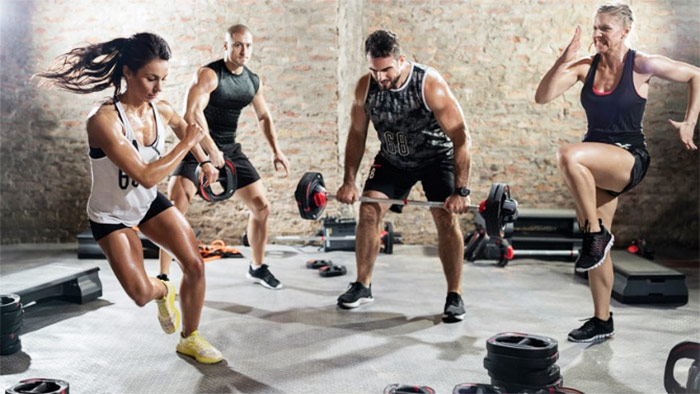 If you’re looking for a quick answer, then yes, HIIT has proven to raise testosterone levels in clinical studies.

But if you’re interested in finding out more details, then we’ll take you through some of the studies below:

A recent study conducted in 2017, by Herbert et al.,[1], aimed to determine whether HIIT had any effect on muscle power and free testosterone in males.

To do this, they measured the testosterone levels of 17 males over a 6 week period; they were asked to perform 6 thirty second sprints, split-up with 3 minutes active recovery.

The results showed that the free testosterone of the participants had increased (which is the T that isn’t bound to SHBG and able to be utilized by your body). So ultimately, this study confirmed that HIIT has a positive effect on your T levels.

After analyzing the T levels of the 15 participants, the results found that HIIT had a more significant effect on free testosterone than steady state cardio.

In a clinical study conducted by Paton et al.,[3], 18 road cyclists were split into 2 groups for a period of 4 weeks.

After viewing the results of the study, Paton and his team concluded that interval training raised the cyclists’ T levels by up to 97%.

Other Benefits of HIIT

It should be pretty clear now, that HIIT is more-than capable of raising your testosterone levels. But that’s not the only reason why this training method has become more popular in recent years.

We’ll explain the other benefits of performing HIIT in this section:

Those aiming to lose fat are known to perform HIIT in the gym for one reason – it works.

How? Well, we’ve already mentioned that HIIT is more efficient than running on a treadmill for hours; you’ll burn more calories in the same amount of time performing HIIT, rather than steady state cardio.

But it’s also shown to deliver what’s become known as the ‘afterburn effect’. For those unaware, this is a raise in metabolic rate after exercising.

So how long does the afterburn last? A study by J. King [4] concluded that subjects’ metabolic rate was boosted for up to 24 hours after HIIT.

It’s also worth pointing out that the same study determined that steady state cardio did not result in an ‘afterburn’ post exercise.

Ultimately, a raise in metabolic rate will encourage your body to use fat as an energy source, instead of carbs (as stated in King, 2001). So it’s pretty obvious that adding HIIT to your workouts when aiming to lose fat is beneficial.

As well as helping you lose body fat, HIIT has also proven to deliver improvements to your aerobic and anaerobic fitness.

Boutcher et al.,[5] aimed to originally determine HIIT’s effectiveness on fat loss. However, throughout the study, he noted impressive increases in both fitness levels of his human subjects.

Ultimately, he concluded the study, stating:

The American Diabetes Association [6] has asserted the importance of insulin resistance in preventing type 2 diabetes – and even treating it.

So where does this fit in? Well, Hwang et al.,[7] found that HIIT was able to improve insulin resistance in healthy adults.

As a result, HIIT has also become recognized as a beneficial method of helping to keep type 2 diabetes at bay. 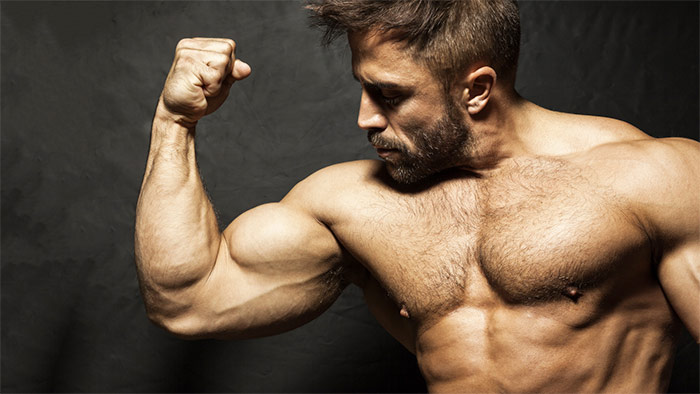 The best news is that there are many different ways to perform HIIT, so you won’t be stuck on just one cardio machine repeatedly thinking ‘f*ck my life’.

Variety is the spice of life, so we’ll provide you with many different ways to perform HIIT that are backed in clinical studies to successfully promote higher test levels. 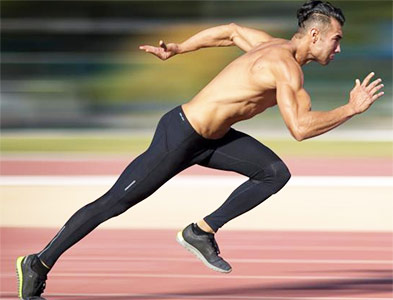 You can either get this done outside, or on a treadmill – your choice.

As a result, we’ll recommend that you follow the same routine. The participants in Herbert’s study only performed 6 rounds, but you can do as many as you want, brah.

If that doesn’t sound very appealing to you, then the participants experienced good results in Hackney’s study too [2].

The trained males were asked to sprint for 90 seconds, and have an active recovery period of 90 seconds between sprints – for a total of 42-47 minutes.

It should be clear that Hackney’s method is much more challenging, so you might want to start with Herbert’s method for a month or 2, before starting this. 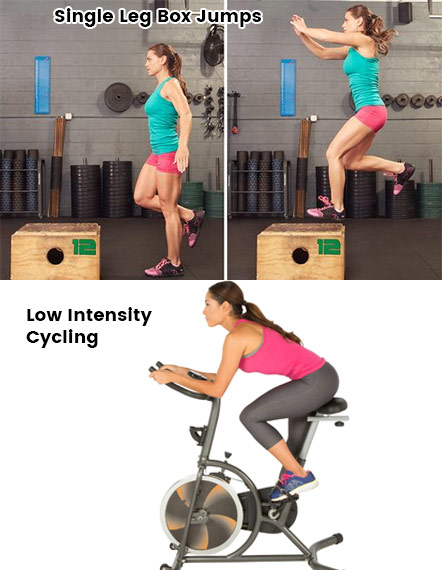 If you really don’t want to be sat on 1 cardio machine for the duration of your gym session, then Paton’s method will appeal to you.

He asked his participants to perform 30 minute sessions consisting of single leg jumps for the ‘sprint’ period, and low intensity cycling during the active rest period.

Bear in mind that the participants in this study were endurance performance cyclists…so don’t worry if you can’t complete the full session at first, bro.

After reading this article, you should have come to the conclusion that HIIT is beneficial for you in more than one way; it’s proven to boost your testosterone levels, and even promote fat loss, fitness levels and help prevent type 2 diabetes!

So next time you dread running on a treadmill for hours, simply follow one of the workouts we’ve detailed above for a much more efficient gym session.

However, if you really are concerned about raising your testosterone levels, then we recommend consuming an effective, natural test booster supplement.

[4] King, J, W. A Comparison of the Effects of Interval Training vs Continuous Training on Weight Loss and Body Composition in Obese Pre-Menopausal Women. Elc Thesis and Diss, 2001 May; Paper 123.