Real men don’t spin their wheels… they grow them. It’s time to put on your big boy pants, pull up your socks and isolate to annihilate with these best quad exercises for mass.

There’s a mantra echoed around the walls of iron houses across the world: “don’t skip leg day”.

For many bros, it falls on dead ears and thin legs. These dudes think leg day is when there are chicken drumsticks and thighs on the menu, not when there’s work to be done on hams, quads, glutes, and calves.

But for the bro who understands symmetry, balance and the raw power of quad gainz, leg day is must. We’ve already covered the best leg curl exercises for hamstrings.

And now it’s time for those rawkin’ quads to get some love.

If you want to be respected as a true lifter you gotta gain entry to the quad squad. And the only way in is with these 7 quad exercises…

All About The Quads, Bro

It doesn’t matter what you call them, they’re the group of muscles on the front of your upper leg. It’s one of the most powerful groups of skeletal tissue in your body and is in complete command during a number of major movements and lifts.

They might not get the girls’ attention like a double biceps pose or a huge lat spread; but the quads are a muscle of masculinity all the same – power, strength and complete alpha authority.

Which muscles make up your quads?

The quadriceps are made up of 4 large muscles. All of them attach onto the tibial tuberosity (the bone just below your knee cap). But have separate origin points: 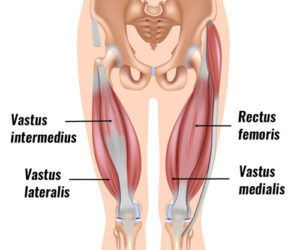 Not only are these muscles impossible to pronounce without a degree in Latin, each one varies in size and potential force production.

What functions do the quads have?

As a group of muscles, your quadriceps are involved in a small number of specific actions:

The quads also help to stabilize the knee by controlling front-to-back and side-to-side forces and prevent dislocation.

Find an athlete training program that hasn’t got a leg day in it somewhere and we’ll show you a competitor that has no chance of medalling.

Find a bodybuilder who skips leg day and we’ll signpost you to those sh*tty physique shows where muscle-light bros pout like girls and wear board shorts from their 16-inch waists right down to their bony, feminine ankles.

Fuck those manlettes and their 10% discount code for wank-ass supplements and crappy fitness gear. We’re talking real mass over here.

Lower body power production is key in all sports (other than wheelchair basketball of course).

A well-designed leg day program with the best quad exercises for mass and strength will give you every fighting chance of performing at your best.

Here are the benefits of lower body strength training: 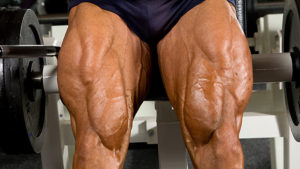 Not all quads are built the same. In terms of actual size and thickness, it’s the vastus medialis that gets gold. Coming in second is the vastus lateralis and then the rectus femoris.

The vastus medialis has the most ‘pennated’ muscle fibers, meaning that the fibers run in short lines from tendon to tendon and can thus generate high levels of force. The vastus lateralis though can produce the most force simply because it has a huge physiological cross-sectional area.

Your quads are pretty much made up of a mix of type l and type ll muscle fibers:

Type 1 (slow twitch) – these are small in size and strength. They can’t produce much force because their activation or ‘twitch’ speed is slower than other fiber types. Type 1 fibers are used during exercise that focuses on endurance with lighter loads.

Type 2 (fast twitch) – these are higher in strength, power and force potential because they are larger in size and can contract fast. These fibers have a bigger potential for muscle growth and are used during more intense workouts with heavier loads.

Although research varies, studies have shown that your quads are around 50/50% between type I and type II fibers. Others have reported 45/55 in favor of type I, or even 30/70 in favor of type ll.

Bottom line: if you want to get the best from this muscle group you’ve got to switch your training between spine-crushingly heavy load, low reps to a burn-inducing low loading-high rep range.

The Best Quad Exercises for Mass 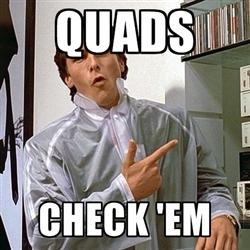 How exactly have we chosen the best exercises you might ask?

We’ve blown the doors off the studies to bring you the most scientific approach to quad training. To do so we researched the activation patterns of all four quadriceps muscles during a variety of exercises using a technique called electromyography (EMG).

EMG uses electrodes placed on a muscle to measure exactly how much activity a muscle contributes during a weightlifting exercise. It’s the gold standard choice for physiologists, biomechanists, and kinesiologists when they’re rating exercises for different muscle groups.

We tried exercise after exercise, just to bring you the best quad exercises for mass. And hey, the only side effect we suffered from it was jacked legs and a bill for new muscle fit pants. 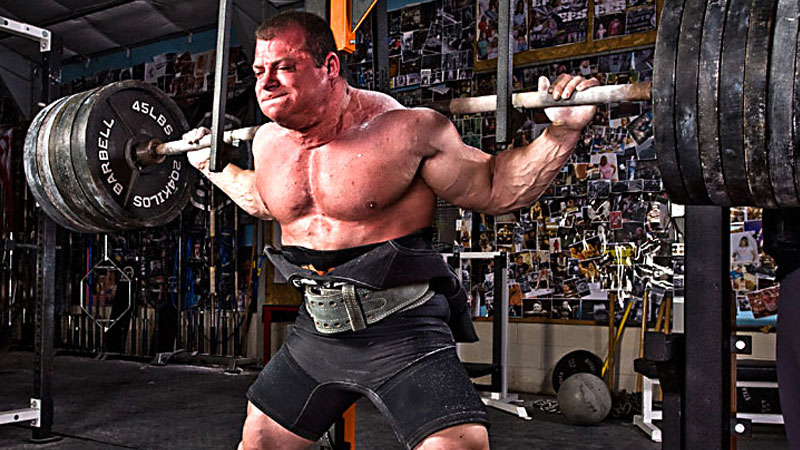 Are you really that surprised? When it comes to developing brutally pumped quads, the back squat isn’t just the ‘King’ of leg day lifts, it’s the goddamn supreme tyrant leader.

All you need is a bar, a rack and a mental willpower made of adamantium-fused granite.

Just place a barbell on your traps, take a deep breath in and squat as far as your genetics will let you.

If you can hit those dark depths of ass to grass then great. If you’re a deep-rooted hip socket kinda guy you might only just break parallel.

Work with what you’ve got and enjoy the gains bro. 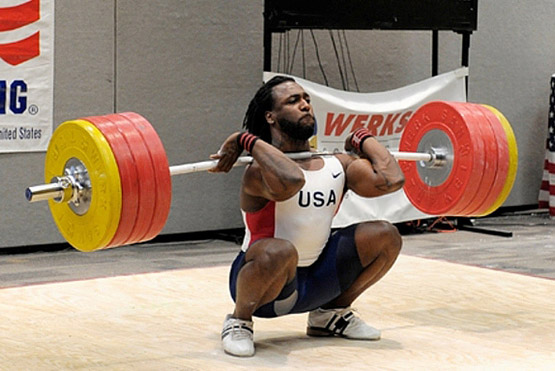 Whether you use a clean grip (like in the picture above) or an old-school bodybuilder cross grip doesn’t matter. Placing the load in front of the body shifts the emphasis from complete leg development to all-out quad burning agony.

It’s easier to keep your back upright during the front squat, and you’ll develop an unbreakable core too due to the stability required to not just buckle under the bar-bending load you’ll be lifting.

Oh, and if you ever need to bail a lift it’s easier to dump the bar when front squatting compared to back squatting. Just don’t do it in Planet Fitness bro or you’ll set off that lunk alarm! 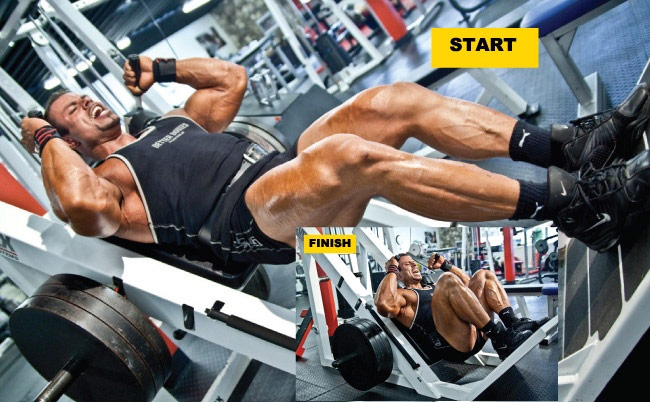 Hit up some hack squats with a high-volume protocol and you’ll soon be hacking up the inner sanctums of your stomach contents. This lift takes no prisoners for best quad exercises for mass.

You don’t need to worry about form or technique as much as you do with multi-planar barbell lifts. Just load up, hit depth and enjoy the metabolite build up as every rep scorches a lactate-induced hole in your muscle fibers.

Some lifters say ‘hacks’ are kinder on the knees than other forms of quad training, and because the load is pattern overloaded (it can’t move from side to side and has a fixed range of motion) the increase in stability means more weight on the bar.

Not every gym has one of these old-school faves, but if yours does… use it bro. 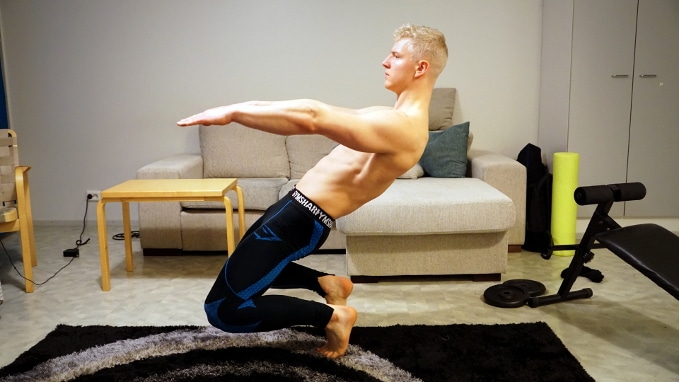 This one isn’t for sissies, pussies or bitches It’s for real men that want to carve out quad mass beyond belief.

Okay, it’s a strange one. Kind of a hybrid between a dad dance, a limbo, and a ballet move. But see past the weirdness and you’ll access one of the best quad exercises for mass ever invented (let’s thank Sisyphus, king of Greek mythology who it’s supposedly named after).

Sissy squats look like you’re trying to dodge bullets Matrix style. The only difference between you and Neo though is that you don’t see in green code… and Neo isn’t jacked as fuark.

Drop it like it’s hot. It’s not only bad bitches that can get this low! 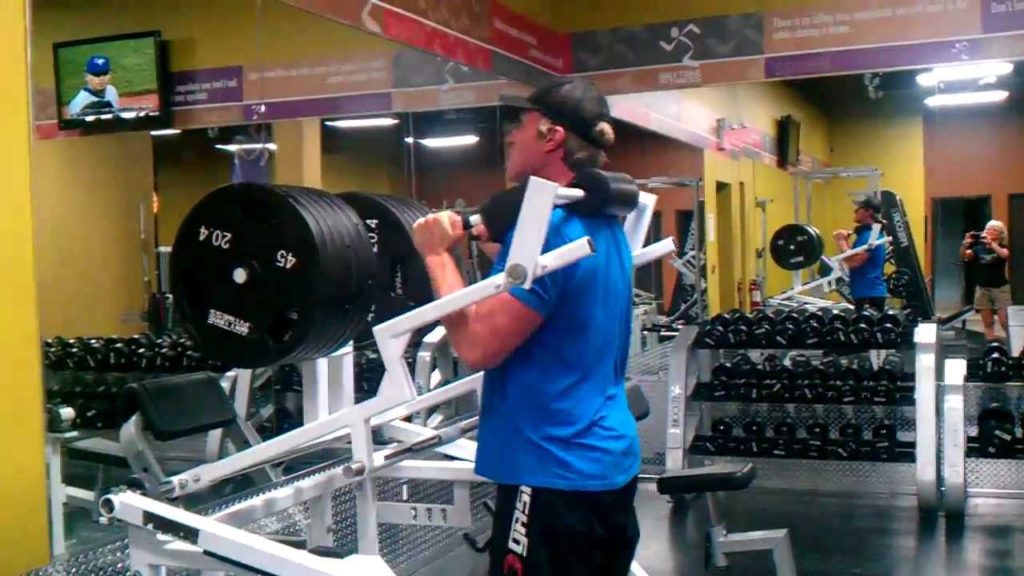 There’s a theme building here as we introduce you to yet another form of squat. There’s a time and a place for isolation exercises, but this isn’t it.

The pendulum squat is a style of fixed machine that removes loading from your lower back and places it firmly on your vastus lateralis and the rest of the crew.

Designed by Paramount Strength back in the 90s, the pendulum has grown in popularity over the last few years. Experts suggest that the counterbalanced design enhances the force curve, replicating the movement of a barbell squat but placing maximum emphasis on the quads. 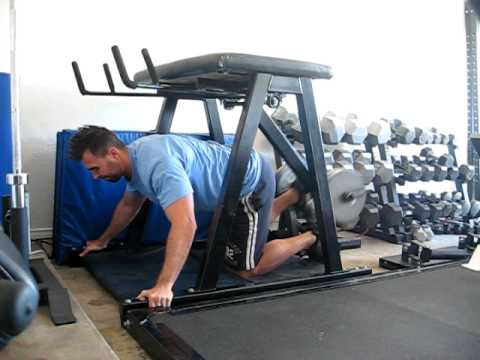 Hey, we all like to offer out the odd donkey punch here and there. Only this time it’s not your girl on all fours with her ass in the air, it’s you.

This is by far the weirdest lift on the list of best quad exercises for mass… but it’s up there with the best of them.

The pendulum donkey kick is a great glute builder too. That’s not a bad thing as females are hard-wired to find a plump set of buns on a guy an instant panty moistener.

And the bonus is it practically set fire to our EMG machine for quad activation.

The only caveat is this… you gotta load up the machine and really stress the quads. This isn’t a thirsty InstaHoe booty building exercise. It’s a mass one. So treat it as such. 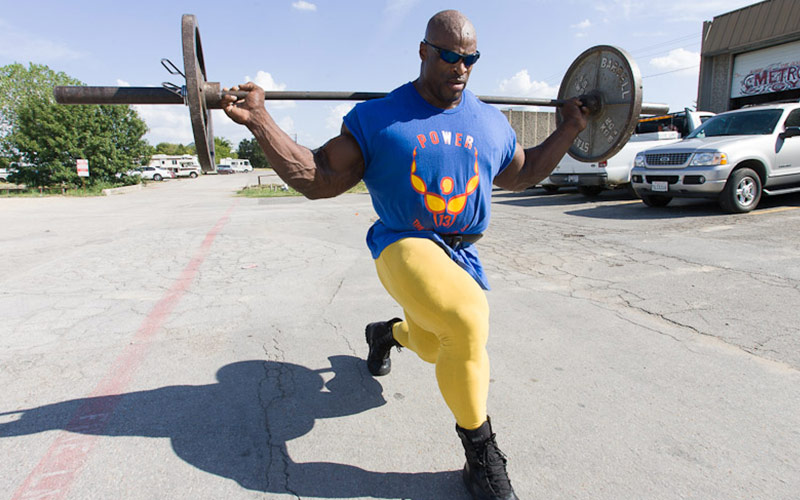 This last exercise sees you going out to lunge with a skill-based quad builder guaranteed to smoke your quads and leave them in a pool of fire and flames.

It’s all about technique when it comes to walking lunges, Keeping your trunk and head upright helps to maximize tension on the quads (leaning forward means more glute activation).

They also develop strength, balance, coordination and overall athleticism too. So get strutting up and down that gym floor like some jacked-ass John Travolta.

Enjoy this guide? Get a pump on with these articles next:

Are There Really 'Best Steroids' for Bulking?

Why Xenoestrogens Could Be Wrecking Your Testosterone