Undoubtedly the most common question floating around gyms and all things gym-related. If you go to a family gathering after recently hitting the weights, at least two family members will pop the question.

There are three stages that all lifters go through when it comes to the ‘how much ya bench’ question.

At first, you get all coy and shy when you’re being asked about the weight that you bench. This is because you aren’t really all that strong at this point and you feel like others will judge you because of the weight that you’re pushing, despite them not even lifting at all.

The second stage is one of confidence. You’ve been lifting for more than a year and you feel like your bench is strong and that it’s a privilege that others have to ask you about your bench weight.

The last stage is where you simply don’t give a fudge knuckle. You’ve been asked this question so many times that it’s lost its effect on you because you’re bench hasn’t really increased much over the last few months or even years. 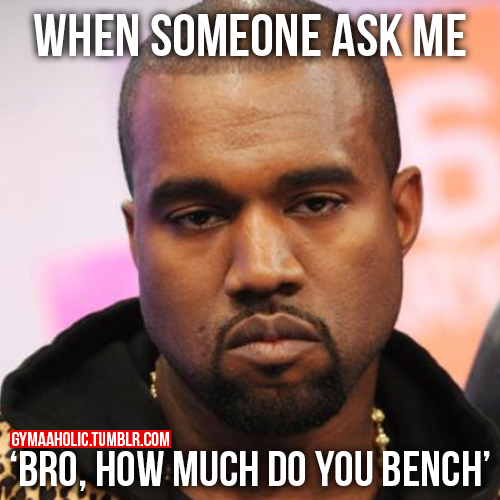 It’s time to change that. It’s time to get back to the stage of confidence and proudly boast your bench weight to others no matter how corny it may seem.

If you have a look at the differences between powerlifters and bodybuilders, you’ll see that the main differences are body composition and strength.

People need to get rid of the idea that all powerlifters are fat — this simply is not the case. However, those competing at the far end spectrum of the weight scale are indeed a little porky.

If you look at powerlifters competing in the lighter weight categories, you’ll find that many of them are jacked and shredded and could almost be three weeks out from any given bodybuilding show based on their condition. 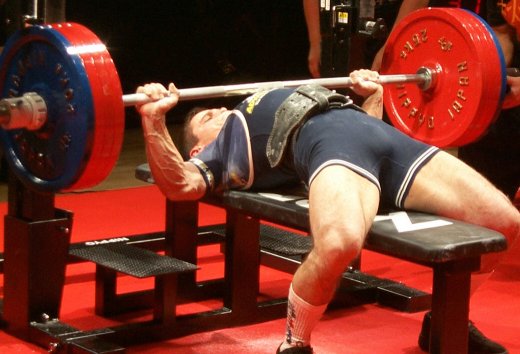 Back to the topic at hand, what can we learn form powerlifters?

You should know that powerlifters focus primarily on moving the heaviest weight possible. In order to do that, they abandon the concept of benching with your chest. Instead, if you want to have a strong bench, you’ll have to learn to change your technique up so that you used more muscles.

Bodybuilders focus on building the body. To build and sculpt the body, you need to have a bang-on connection between your mind and muscles.

When you compare the two together, you’ll notice that the bodybuilder will almost always have better looking and developed pecs than the powerlifter does.

When you look at the differences in style of benching between the two, bodybuilders will typically bench with their elbows flared while lowering the bar between the mid-pec and nipple line.

Powerlifters, however, pinch their scapulae together, bring their elbows in closer which helps to utilize the lats, lower the bar to the nipple line or lower, have a slight arch in their backs, and use their legs to drive their shoulders into the bench for more stability.

As you can see, the differences in lifting technique are quite a lot, but when you bench like a powerlifter, utilizing all those various aspects into you bench will definitely drive you strength factor up.

You may not think it to be a big thing, but by changing the muscle groups that you train on any given day may help you to bench press more weight.

The typical training split has you training pull muscles together and then push muscles together. Meaning, you’ll train chest and triceps together because triceps are activated during a chest workout and the same goes for biceps during a back workout.

And because of this, people just train those muscle groups together because they’re already being trained anyways.

If you’ve been training like this for some time, try swapping the smaller muscle groups with each other. Instead of training chest and triceps, start doing chest and biceps together.

Also, by saving your triceps for another day, you’ll be able to train them even harder which in turn will allow you to make more strength gains in your bench press.

Don’t Max Out in Every Workout

You’ve probably heard that in order for you to keep getting stronger, you must keep lifting as heavy as you can. This isn’t all entirely true, but it isn’t completely false either. 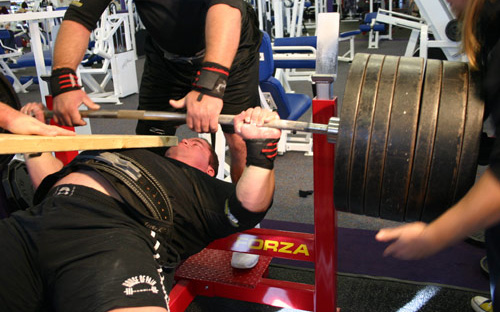 It’s true that in order for you to get stronger, you should lift heavy weights, but this doesn’t mean that you should max out with every workout. It’s necessary to max out every couple of week in order to test your strength, but strength doesn’t come from training heavy all the time.

Look at it this way, if your one-rep max is 275 pounds and you perform 6 sets of singles, you’d have only lifted 1,650 by the end of your bench press. By performing only one rep, you aren’t providing enough stimulation for our muscles to grow and to adapt.

However, if you dropped the weight down to 80% of your one-rep max and performed 5 sets of 5, you would have lifted a total of 5,500 pounds at the end of your bench press.

There’s a time to go absolutely heavy and a time to drop the weight along with your ego and bang out a few decent, yet heavy sets and reps.

Where Are You Gripping the Bar?

You may not believe the difference that the right grip makes to the amount of weight that you can bench. Bodybuilders will use grip width to target different areas of the pecs as well as a movement for triceps.

All of which are true.

So, if you want to increase the amount of weight that you bench, it is essential that you mix the three up. Even if you perform three sets of each in your workout, that’s fine. Just keep working at each of them and see your overall bench press increase.

The rules to bench press more weight are quite simple. It’s how you incorporate them into your routine and training that takes a little time.

However, with all things related to gains, having a Super Saiyan bench won’t happen overnight. But by making the adjustments line out above, you’ll be able to bench more weight sooner than you realize.

Then, when people ask you the infamous question, you’ll be able to hold your head higher than ever.

Why A 5-Day Split Routine Works for Mass

Fat Burners and Alcohol - Can they be mixed?