Volume vs intensity. It’s the age old question that bro’s have debated since the beginning of bodybuilding time. Is it better to go in hard like a muthaf*cker and lift as heavy as you can? Or should you drop the load and hit those high numbers like a boss?

There are two main schools of thought when it comes to bodybuilding – lift heavy to gain muscle… or perform as many reps as you can to fatigue with your chosen load.

Both work. That’s the bottom line. But which is better?

Listen in. Because we’ve got the answers. Things are about to get pretty sciency up in here. Like, white coat, petri-dish level science.

This isn’t Ali vs Frazier… it’s bigger than that.

This is volume vs intensity…

Are the government and food companies really trying to kill us with GMOs and chemical-laden foods?

Should you wear a snapback and stringer or just avoid dressing like a basic bitch douche?

But the biggest debate of all time is whether training volume or intensity is more important for crafting out monstrous muscle mass and bar-bending strength.

Progressive overload – the key to getting jacked muscle mass

There aren’t many absolutes in science. Most scientific principles in the world of the bro can be debated and deconstructed. There’s always an argument for and against.

But there’s one thing for sure.

Progressive overload is key if you want to build mass or improve maximal strength.

What is progressive overload though?

Progressive overload refers to the gradual increase in training load placed upon your body. In other words, making sure your gym sessions aren’t only challenging, but remain challenging as your fitness levels increase.

We all know that guy who joined a gym, got a little bigger, but then stuck with the same weights.

Now, one year later he’s still weedier than a vegetarian’s main meal and thinner than our bank balance after a trip to the local supplement store.

You have to keep adapting the difficulty of your workouts to continuously improve. That’s the game right there.

Strength training is hands down the most effective way to build muscle. But only if the stimulus of weight lifting forces your body to adapt.

There are only a few ways to ensure progressive overload. These include: 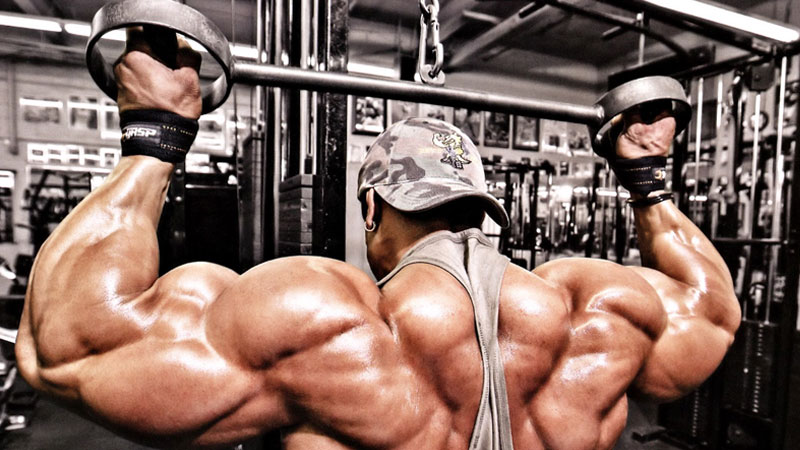 What Is High Volume Training?

Volume isn’t just about 80s hair or how high you crank up the gangster rap in preparation for a one-rep max attempt.

Volume is the term used to measure how many reps and sets you grind out with a given load.

High volume workouts are those that focus on getting as many reps into a session as possible.

They’re pretty brutal as higher levels of muscular work in short periods of time are associated with elevated anaerobic glycolysis – in other words, a f*ck tonne of blood acidity and excruciating lactate accumulation.

The pump you get from a solid high-volume workout is unparalleled. Your muscles get so engorged with blood that you feel like your skin will burst.

The mechanism by which volume-based muscle growth occurs is thought to be down to metabolic stress. This is a trigger for muscle growth and an increase in muscle cell volume.

Examples of high volume workouts include

Because of progressive overload, volume would need to increase over time to ensure bodybuilding results. And that means working hard to add sets or squeeze out extra reps every few workouts.

What Is High Intensity Training?

High intensity bodybuilding is more to do with the load you lift, rather than how many times you lift it.

There’s a greater emphasis on mechanical stress with high intensity training. It’s all about aggressive, heavy lifting with a grip and rip mentality.

Every lift is about going as heavy as you can for the chosen rep range. Chances are you’ll be going to muscular failure on a regular basis.

High Volume Training vs High Intensity – What Does The Research Say?

In terms of intensity vs high volume, these two variables are at opposite ends of the scale.

As volume increases, intensity has to decrease.

For example, if you’re already hitting 8 squat reps with a max of 200 lb, the only way you’d be able to crank out 10 reps is by lowering the weight.

On the flip side, if you we’re hitting the dizzying heights of 15 reps with a squat load of 150 lbs, upping the weight to 180 lbs will bring those reps down.

Basically, intensity vs volume is an inverse relationship.

The bottom line is that for muscle building to be stimulated, you have to target your muscle fibers and force them to both activate and fatigue.

This comes back to basic principles of progressive overload.

The Studies: Which Is Better – Volume vs Intensity?

High-intensity shown to be better for strength and mass

A study published in Physiological Reports in 2015 wanted to investigate the effects of volume vs intensity using a group of 33 bodybuilders.

The well-trained dudes were randomly assigned to one of the following groups:

The actual exercises that each group followed was the same. This included a 4-day program of compound exercises such as squats, deadlifts, rows and presses, as well as isolation exercises – flyes, lateral raise etc.

Each participant took part in a variety of tests, both before and at the end of the brutal 8-week training program. These included measures of muscle growth and thickness, 1RM tests, as well as blood tests for testosterone, growth hormone and cortisol.

High intensity was shown to be better for muscle growth and strength in bodybuilders.

Higher loads are better for improving force production and power

In 2016, the European Journal of Applied Physiology released their study into the effects of volume vs intensity for changes to rate of force production.

The data was actually from the same group of guys from the previous study, only this research team ran the data to look at power production, not strength or muscle mass.

What were the findings?

It appears that high intensity has this one too.

The higher intensity group reported significantly higher improvements in force production. And while it wasn’t significant in the statistical sense of the word, but there was also a ‘trend’ for other measures to be better too.

Athletes should split their training for optimal performance

It’s a well known fact that for athletes to be in peak condition they have to ditch the excuses and go full hard-ass muthaf*cker if they’re going to succeed.

This study from 2010 showed that with the right split of high volume vs intensity, athleticism can be significantly increased.

This report found that for sports such as rowing, swimming, cycling and sprinting, 2-4 weeks of high intensity training followed by short periods of higher volume led to the best results.

Not only were they jacked, they were fitter too.

Athletes should periodize training between volume vs intensity for the best results. 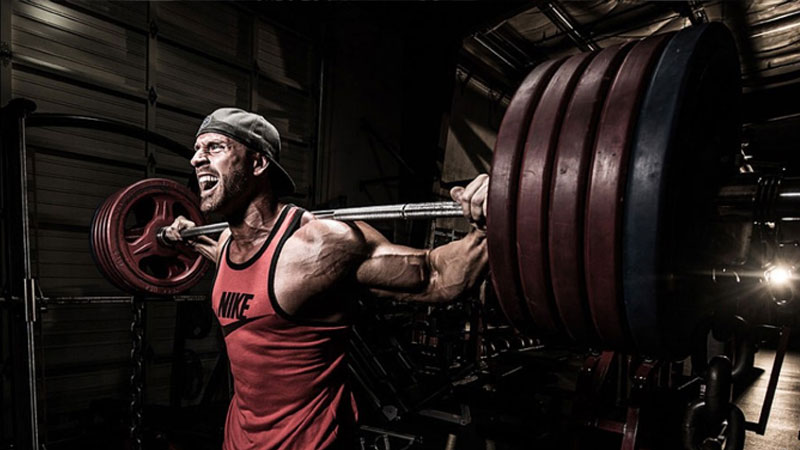 So far you might be thinking high intensity training is the way forward. After all, the studies we’ve looked at all suggest that lifting heavier results in better gains.

But all is not what it seems…

‘Volume-load’ is the key to muscle mass

Back in the day, many bros thought that there was a specific lifting zone to max out the muscle hypertrophy response.

That led to a bunch of guys aiming to train in nothing but the 8-12 rep range for years and years. Because they thought that this rep range was best for growth.

Bottom line is that there’s no ‘best rep range’ for muscle mass development. It’s all down to volume and intensity, not volume vs intensity.

Volume-load is the biggest factor in promoting huge, throbbing gains.

In other words, when the volume is equated, there’s no difference in muscle mass results.

So it’s really down to preference.

And if you want more of a muscle growth stimulus?

You’ve got two options – either add more weight to the bar or grind out more reps. It’s up to you.

BUT… heavier loads will result in greater increases in strength regardless. So high intensity is still you’re better option if you want to not only add mass but get jacked strong at the same time.

If load-volume is equated, there’s no difference between volume or intensity in muscle mass gains for bodybuilders.

High volume training focuses on completing maximum reps and sets with a fixed load. High intensity on the other hand is more to do with lifting heavy – to an extent they’re at opposite ends of the typical training paradigm.

Research shows that high intensity training is better for performance, power and strength… but when volume-load is equated, neither is better than the other for developing muscle mass.